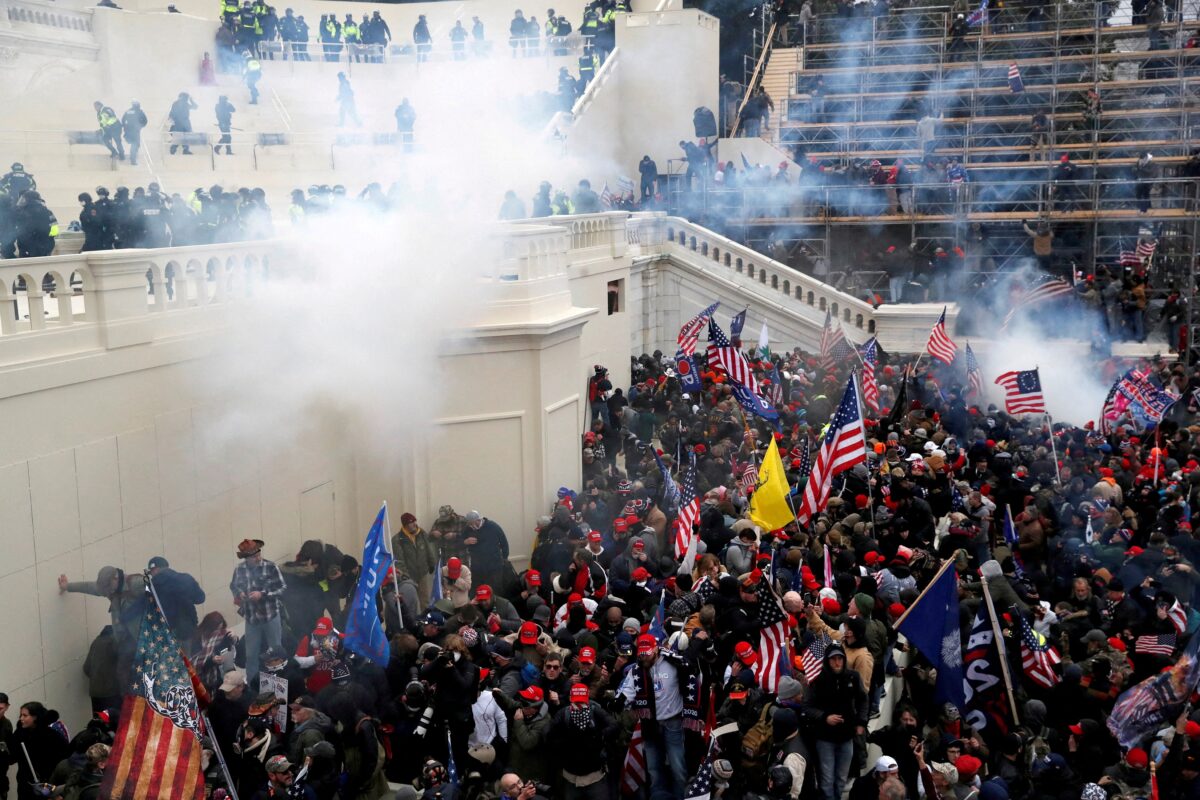 A Proud Boys chapter leader pleaded guilty on April 8 to two charges related to the Jan. 6, 2021, breach of the US Capitol.

In exchange, five other counts were dropped.

The plea was entered during a court hearing in Washington.

“Mr. Donohoe regrets his actions and is remorseful for the conduct that led to these charges. He accepts responsibility for his wrongdoing and is prepared to accept the consequences, ”Lisa Costner, the defendant’s public defender, told The Epoch Times in an email.

No sentencing date has been set as of yet.

As part of the plea, Donohoe has agreed to cooperate with prosecutors.

The Proud Boys have described themselves as a “pro-Western fraternal organization.” Multiple people linked to the group have been charged for alleged crimes committed on Jan. 6.

Donohoe was one of six Proud Boys members and leaders charged by a grand jury on March 7 with counts related to the breach, which took place while Congress was meeting to certify the 2020 electoral results.

About one-third of the more than 775 defendants have entered guilty pleas. Just three defendants have gone to trial so far, including one who was acquitted of all charges this week.

According to court documents, Donohoe joined the Proud Boys in 2018 and became president of his local chapter. At the time of the riot, he was the highest rank within the group’s hierarchy, federal officials say.

Donohoe helped organize group members traveling to Washington for Jan. 6, which began with several rallies before the Capitol breach. Donohoe was part of a small portion of the organization called the Ministry of Self Defense Leadership Group.

Prosecutors say, citing messages among group leaders, that Donohoe was not given details of the plan for Jan. 6 but “understand from discussions that the objective in Washington, DC, on January 6, 2021, was to obstruct, impede, or interfere with the certification of the Electoral College vote.” They also claimed that Donohoe “understood from discussions that the group would pursue this through the use of force and violence, in order to show Congress that ‘we the people’ were in charge.”

Donohoe was accused of throwing two water bottles at law enforcement officers attempting to prevent entry into the Capitol and was eventually able to, with help from others, push past officers and advance towards the building. However, officers “countered the attack with non-lethal measures, and Donohoe eventually succumbed to pepper balls that had been deployed by officers,” according to charging papers. That caused him to leave the Capitol grounds and go back to this hotel.