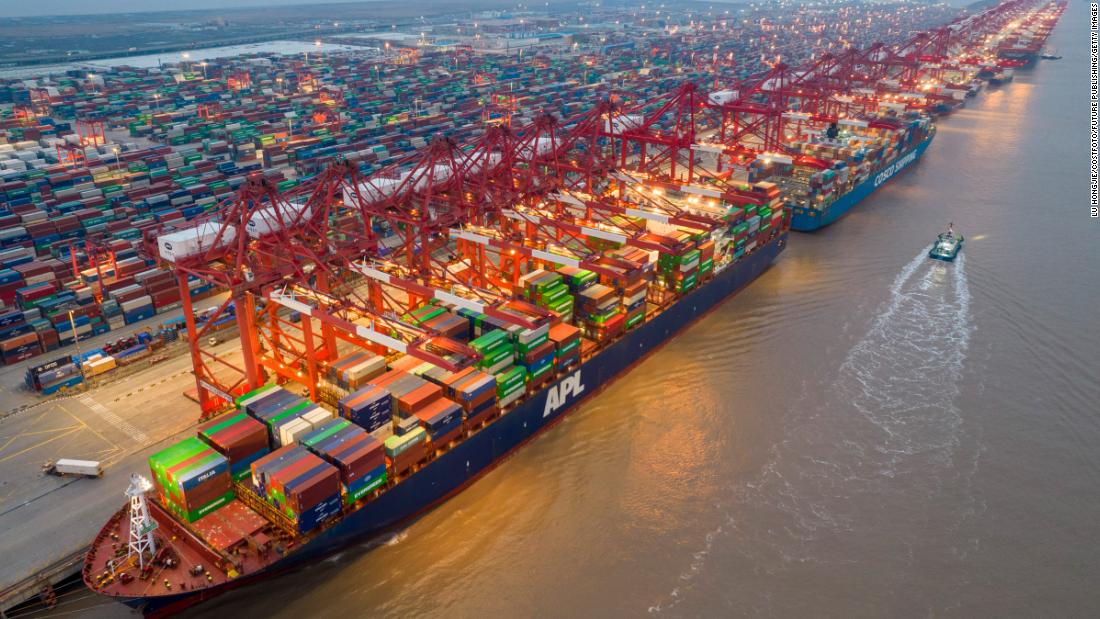 On Friday, Shanghai extended restrictions in many parts of the city, which is home to China’s financial hub and one of the world’s busiest ports. The Port of Shanghai had already been suffering from major holdups, and the extension may worsen congestion and increase transportation costs further, experts said.

The coastal city imposed a two-phase lockdown on its 25 million residents earlier this week. Authorities placed the western part of the city under lockdown on Friday, and extended an existing lockdown in eastern neighborhoods with positive cases by up to nine days.

These restrictions have caused major delays at Shanghai port, which is in the eastern part of the city and was already congested. It is the world’s busiest container port, handling more than four times the volume seen at the Port of Los Angeles in 2021, According to data from both cities’ port authorities.

VesselsValue, a global shipping data provider, said The number of ships waiting to load or discharge at Shanghai’s port had skyrocketed to more than 300 this week, a near five fold increase in the past two and half weeks.

“Congestion at Shanghai usually worsens at this time of year. However, the recent increase is far higher than both last year and normal seasonal levels,” the firm said in a statement on Tuesday.

It remains unclear what impact the lockdown will have on the port’s vessel backlog, the firm said. But it suggested that supply chain managers and analysts around the world “start planning for knock on effects.”

Maersk, one of the world’s largest container shipping companies, also said the Shanghai lockdown can cause transportation delays and higher costs.

“Trucking service in and out [of] Shanghai will be severely impacted by 30% due to a full lockdown on Shanghai’s Pudong and Puxi areas,” Maersk said in an advisory to clients on Monday. Shanghai is separated into two parts, Pudong and Puxi, by the Huangpu River.

“Consequently, there will be longer delivery time and a possible rise in transport costs,” it added.

The city’s government, meanwhile, has said that freight operations will remain normal under the lockdown.

Shanghai International Port Group, which runs the port, said last month that it would implement a “closed-loop system” that requires employees to stay in specific areas and adhere to certain protocols to prevent the spread of coronavirus.

However, due to the travel restrictions, extended waits at checkpoints, coronavirus test requirements, and potential quarantine upon return, many truck drivers are struggling to get the cargo containers delivered in and out of the port on time, according to state-controlled media outlets The Paper.

Congestion in Shanghai is bad news for consumers and companies around the world.

“The citywide lockdown in Shanghai is a setback to global supply chains already stretched by geopolitical tensions,” wrote Bansi Madhavani, senior economist for ANZ Research, in a report on Friday.

Global supply chains have been strained for months due to the Covid-19 pandemic and Russia’s invasion of Ukraine.

Although the Shanghai port remains operational, activities such as warehousing and staffing will be affected, causing delays, he said, adding that cross-country transportation may be hindered too.

“Markets so far have underestimated the severity of the situation in China,” Nomura analysts said Thursday in a research note. “In the next couple of months, we expect global investors to better reflect these shocks in their valuations of various asset classes.”