Poland would like more US troops in Europe, says ruling party boss 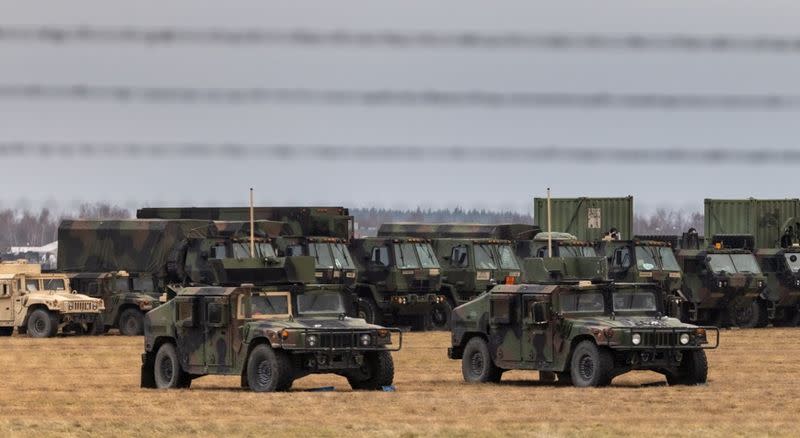 WARSAW (Reuters) – Poland would welcome a 50% increase in the number of US troops in Europe, the leader of the country’s ruling party said in comments published on Sunday, as Warsaw calls for tougher action against Moscow over the conflict in Ukraine.

The invasion of Ukraine, which Russian President Vladimir Putin called a “special military operation” to demilitarise its neighbour, has fueled security fears in states on NATO’s eastern flank.

The alliance has responded by increasing its presence in the region, announcing four more multinational battle groups in Bulgaria, Hungary, Romania and Slovakia last month.

“Poland would be pleased if the Americans increased their presence in Europe from the current 100,000 soldiers up to 150,000 in the future due to Russia’s increasing aggressiveness,” Jaroslaw Kaczynski told German newspaper Welt am Sonntag.

“Of these, 75,000 soldiers should be stationed on the eastern flank; ie, on the border with Russia; 50,000 soldiers in the Baltic states and Poland,” he said in the interview, which was also published on the website of Poland’s ruling party Law and Justice (PiS).

Kaczynski also said that Poland would be “open” to having nuclear weapons stationed in the country but that this was not something currently under consideration.

There were roughly 80,000 US troops in Europe before Russian troops moved into Ukraine.