PETER HITCHENS: The USA wants this war… so it can drive Russia back to the Stone Age 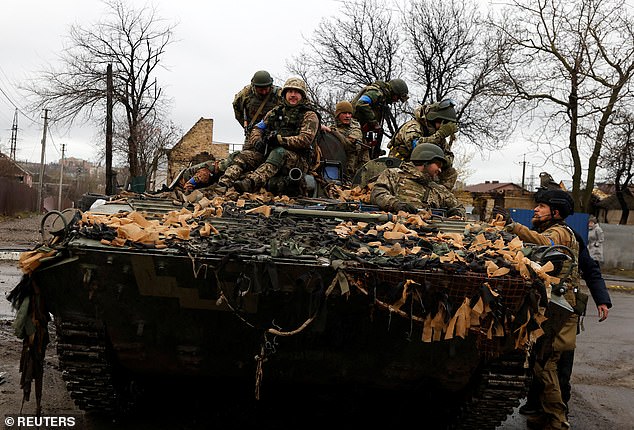 The people of Ukraine will gain nothing and lose much from being treated in this way. They fight and die or lose their homes and flee. We pour in more weapons and shout encouragement from a safe distance. Russia wrecks the joint.

What Ukraine actually needs is action to cure its festering, universal corruption. It would also benefit from the pushing to the margins of the ultra-nationalist fanatics who have far too much influence in its government and armed forces. The war will make these problems worse, not better.

As I once again find myself on the despised, hated and reviled side of the argument, I might as well do this properly. These are very cynical events indeed. I am sorry to say that there are people in the USA who will not be sad if this war drags on.

The people of Ukraine will gain nothing and lose much from being treated in this way. They fight and die or lose their homes and flee. We pour in more weapons and shout encouragement from a safe distance. Russia wrecks the joint

A ‘senior diplomat’ was quoted on Friday, by a commentator with ready access to the great and the good, as saying: ‘If you look at all the options, our strategic interest is probably best served in a long war, a quagmire that drains Putin militarily and economically so he cannot do this again.’

This is no doubt true. Since the American neo-conservative politician Paul Wolfowitz set out his ‘doctrine’ in 1992, Washington has wanted to crush any revival of Russian power. The flaw with this scheme is that it was, in fact, China that was the threat, not Russia. But there you are. Mr Wolfowitz, a keen backer of the disastrous Iraq war, is not as clever as he thinks he is.

It is this policy which explains the otherwise mad expansion of Nato, against the warnings of every qualified expert in the world. It also explains the taunting of Russia by President George W. Bush’s 2008 suggestion that Ukraine should actually join Nato.

This came just a year after Vladimir Putin, still more or less open to reason, said very clearly that he’d had enough and that Nato expansion should stop. Then, of course, came the events of 2014, in which the USA openly backed a mob putssch which overthrew Ukraine’s legitimate President Viktor Yanukovych. More responsible nations, including France, Germany and Poland, tried to broker a peaceful, lawful path. 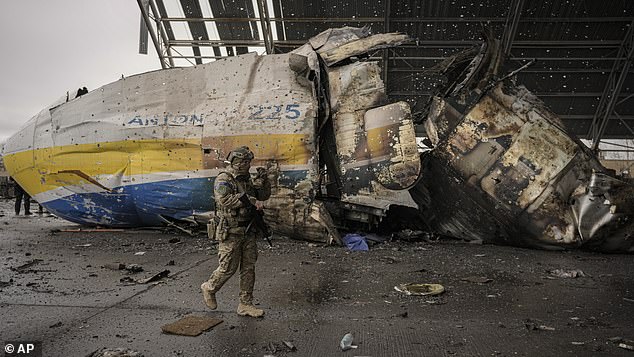 If the war stops, Washington will have lost an opportunity to bleed Russia white and to sanction its economy back into the Stone Age. Russia might break up under such pressure

But when Ukraine’s democratic opposition leaders told the Kiev mob about this deal in the early hours of February 21, one of the mob chieftains snarled that they did not want deals, that Yanukovych must go immediately, ending with this threat: ‘Unless this morning you come up with a statement demanding that he steps down, then we will take arms and go, I swear!’

The elected president soon afterwards fled for his life, probably wisely, and was formally removed in a shabby procedure that fell far short of lawful impeachment.

This putsch was the true beginning of the war now raging, the initial act of violence which triggered everything else.

Putin’s decision to respond to it with an invasion was not just a crime. It was a terrible mistake. I suspect there were some in various parts of the current US administration who had to conceal their glee when he did this idiotic thing.

It is an old tactic in high-stakes diplomacy to provoke your enemy into an unwise war, in the hope you will then destroy him.

Germany did it to France in 1870, luring Napoleon III into a defeat which ended France as a great power. Germany did it again in 1914, going Russia into another stupid war, which destroyed its monarchy and its prosperity, and subjected Russians to 75 years of Communist ruin.

I do not think the USA expects to defeat Putin any time soon, though he could just collapse. I have less and less confidence in peace talks, which the USA is not even attending.

Meanwhile the people of Ukraine will suffer horribly, while the world gradually loses interest. Putin and the USA now have a stake in keeping the conflict going. If Putin pulls out, it will destroy him.

If the war stops, Washington will have lost an opportunity to bleed Russia white and to sanction its economy back into the Stone Age. Russia might break up under such pressure.

The elimination of Russia as a major country will then be achieved, though someone had better be careful about what happens to all its nuclear weapons if that comes to pass. Meanwhile the Chinese police state, the closest the world has yet come to Orwell’s 1984, grows in strength and power, biding its time.

I am reminded of Robert Southey’s poem about the Battle of Blenheim, which my late father (who had seen a bit of war) was fond of quoting. A child finds a skull on the long-ago battlefield and asks his grandfather what it is. The old man tries feebly to explain, but the poem ends: ‘But what good came of it at last?’ quoth little Peterkin. ‘Why that I cannot tell,’ said he, ‘but ’twas a famous victory.’

At last…a fair hearing for Mary

The BBC has long hated and unfairly mocked Mary Whitehouse, who fought against the cultural and moral revolution 60 years ago.

But in a new BBC2 documentary, Banned, it is at last coming close to giving her a fair hearing. Despite the silly music and the huge airtime given to her enemies, her integrity and prophetic insight shine through.

What feminist can deny that pornography is made by men for men and that it pollutes our society, or that the 1960s ‘libertarians’ spawned a new, intolerant tyranny?

The then BBC Director-General, Hugh Greene, emerges as a nasty snob who despised BBC license-payers and shamelessly used censorship to silence an honorable critic.

The biggest scandal? Our school system

I want to spit whenever I hear anyone saying that such and such a scandal of incompetence must ‘never be allowed to happen again’. Because I know that within a year or two I will read of just such a scandal – not identical, but similar.

The NHS (last week), the police, the Armed Forces, the Post Office, the banks, the railways, whoever it is, you keep wondering as you read of these events why we still claim to be an advanced country. Almost always you find that honorable, brave people tried to draw attention to the problem, perhaps for years, and the system treated them with obdurate contempt.

So why is this? I have just finished writing a book on the unhinged destruction of the grammar schools (and their Scottish equivalents) by politicians of both parties in the 1960s and 1970s. And I am quite sure that the fundamental problem is in our education system. It simply is less and less good at teaching people to be competent and responsible.

This week’s English Education White Paper reveals that in 2019 ’65 per cent of Key Stage 2 pupils reached the expected standard in all of reading, writing and maths’. This means that an appalling 35 per cent did not even attain this not-very-high level. The blowback of shutting the grammar schools was that primary schools became less rigorous, too.

It is now several generations since this happened, so the teachers have often been badly taught. As for the universities, scandalous grade inflation and commercial greed are tearing them to bits. But any attempt at reform is always denounced as a cruel attack on pupils and students, and so nothing ever happens. So be ready for the next scandal.