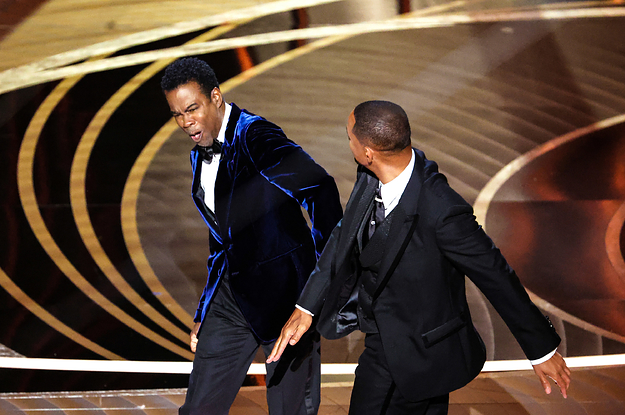 Others noted that the Academy has not shunned Mel Gibson, who has won two Oscars, despite facing allegations of anti-Semitism and domestic violence. Some also observed that Casey Affleck, who has been accused of sexual harassment by multiple women, won an Oscar for Best Actor in 2017.

People highlighted how quick the Academy was to ban Smith for a slap, criticizing how long it took them to expel disgraced celebrities such as Bill Cosby, Harvey Weinstein, and Roman Polanski who had long faced allegations of sexual assault.

After banning Weinstein in 2017, and Cosby and Polanski in 2018, the Academy offered Polanski’s wife, Emmanuelle Seigner, an invitation to join the organization in 2018 (which she rejected).

“I don’t know if it’s racism or classism, but it’s so blatant and hard to process,” Soal told BuzzFeed News. As a survivor of sexual assault by an adopted father, she said that the Academy’s lack of action against directors like Woody Allen — who married his adopted daughter — disgusted her.

“How can you punish a man for slapping someone onstage in an interpersonal confrontation when there are whole TV productions glorifying violence, and then there are men like Woody Allen who are literal pedophiles?” she said. “I don’t understand it.”

Dr. Courtney Baker, an African American studies and film professor at the University of California Riverside, believes that the dissonance between the Academy’s disciplinary actions towards Smith versus others comes down to the fact that the slap was televised.

“The greatest issue for the Academy is that [the slap] happened on camera,” Baker told BuzzFeed News. “There has been assault, actions which were more deeply dangerous, destructive, and repeated, but had the benefit of not happening in public and on camera at an event run by the Motion Picture Arts and Sciences. That is the driving force behind the 10-year ban more than anything else.”

But online users shared other instances of inappropriate behavior that happened onstage during televised award ceremonies. Adrien Brody did not face the Academy’s heat when he grabbed and kissed Halle Berry without her consent while accepting his 2003 Oscar for Best Actor. Berry later described her only thought in that moment as, “What the fuck is happening?”