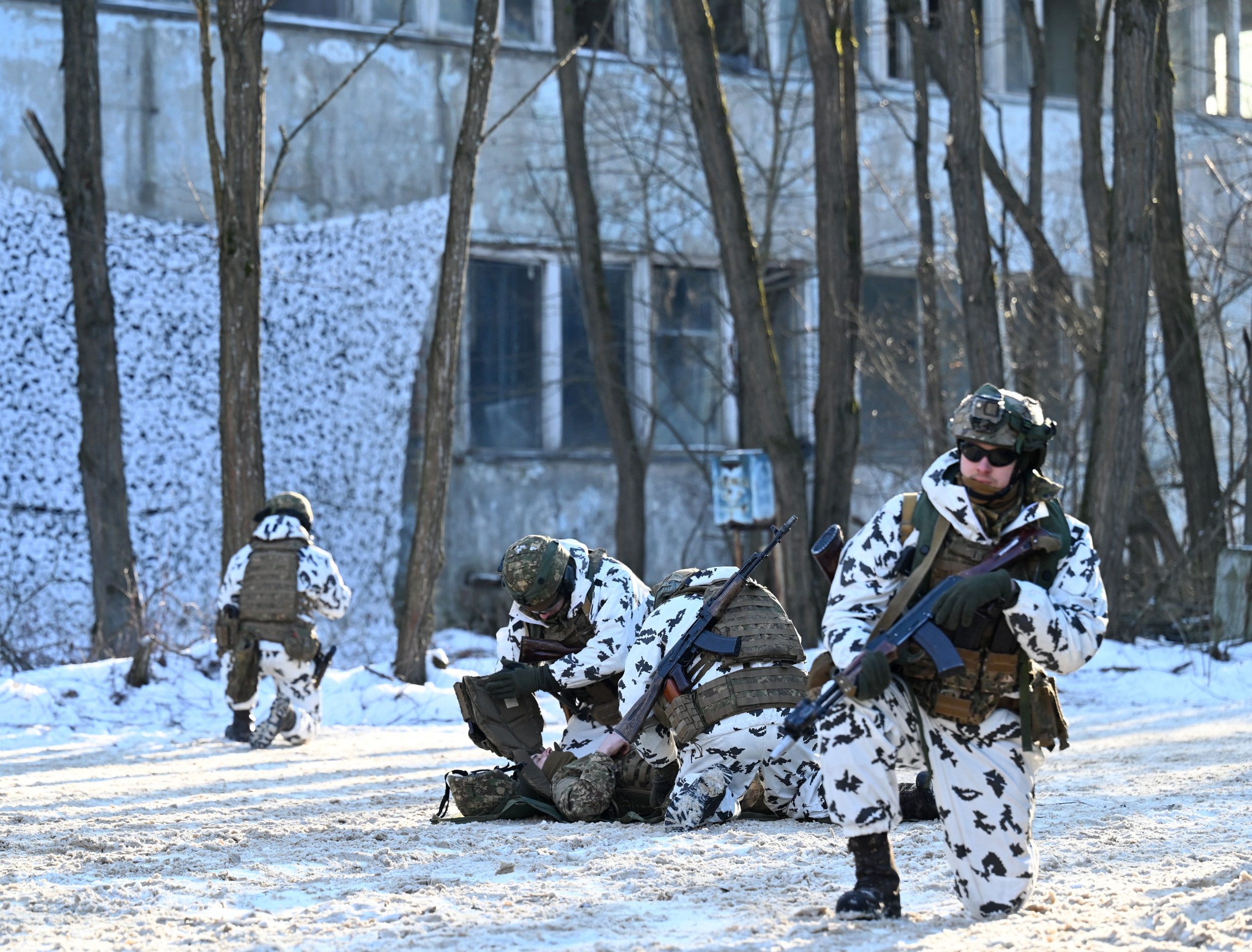 Russian military forces have begun to withdraw from Ukraine’s Chernobyl nuclear site, according to a US Pentagon official.

Russian troops seized the facility, where radioactive waste is still stored, on February 24, the first day of the invasion of Ukraine. The withdrawal comes a day after Moscow officials announced Russia would scale back operations in two Ukrainian cities.

“Chernobyl is (an) area where they are beginning to reposition some of their troops— leaving, walking away from the Chernobyl facility and moving into Belarus,” the Pentagon official said Wednesday, according to The Kyiv Independent.

A day prior, Russian Deputy Defense Minister Alexander Fomin said Moscow has decided to fundamentally “cut back military activity in the direction of Kyiv and Chernihiv” to “increase mutual trust and create conditions for further negotiations.”

“We have repeatedly reported to the international public that the Russian military has taken under its protection the Chernobyl and the Zaporizhzhia nuclear power plants with the express purpose of preventing terrorist attacks,” Zakharova said.

Ukrainian Deputy Prime Minister Iryna Vereshchuk demanded Russia pull out from Chernobyl amid concerns of ammunition exploding at the site.

“We demand that the UN Security Council immediately take measures to demilitarize the Chernobyl exclusion zone and introduce a special UN mission there to eliminate the risk of the repeat of a nuclear catastrophe,” she said in a video on the Telegram social media platform on March 30.

The head of the International Atomic Energy Agency (IAEA), Rafael Grossi, traveled to Ukraine this week to deliver “urgent technical assistance” to avert the risk of an accident at the country’s nuclear facilities. Since the start of the war, Grossi has expressed grave concern for the safety and security of the nuclear plants.

Grossi’s visit was to initiate safety support, including sending IAEA experts to prioritized facilities and the shipment of vital safety and security supplies such as monitoring and emergency equipment.

“The military conflict is putting Ukraine’s nuclear power plants and other facilities with radioactive material in unprecedented danger. We must take urgent action to make sure that they can continue to operate safely and securely and reduce the risk of a nuclear accident that could have a severe health and environmental impact both in Ukraine and beyond,” Grossi said.

Newsweek reached out to the Pentagon and the IAEA for comment.