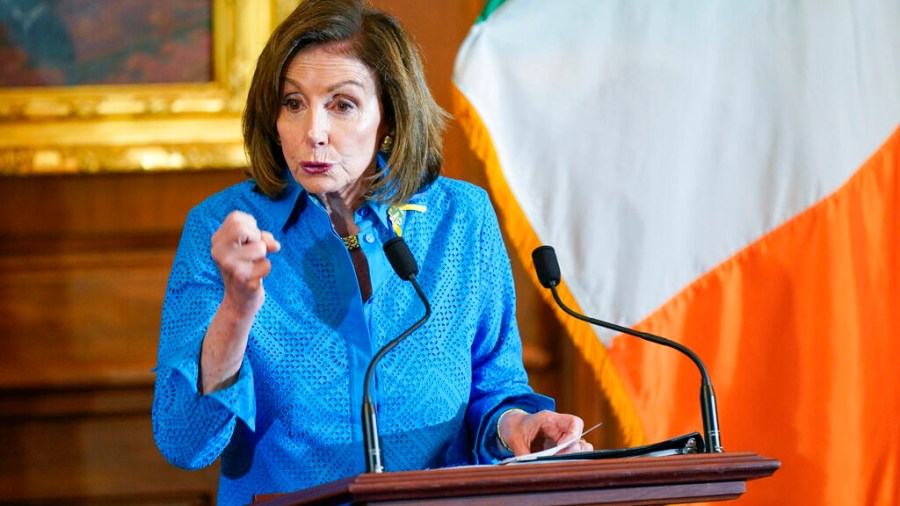 (The Hill) — Speaker Nancy Pelosi (D-Calif.) on Thursday poured cold water on the idea of ​​suspending the federal gas taxes as a way to reduce the costs of higher gas prices for consumers.

Pelosi acknowledged that the proposal, which has been floated by some Democrats in recent weeks, sounds appealing in theory. But she argued it doesn’t help consumers much in the long term since oil companies are not required to pass on the savings.

Furthermore, suspending the gas tax would take away the primary source of money for the Highway Trust Fund, which finances roads and mass transit.

“The pro is very showbiz. ‘OK, let’s just do something, there it is.’ But it is not necessarily landing in the pocket of the consumer,” Pelosi said at a press conference in the Capitol.

She suggested that measures such as rebates or direct payments to consumers would be more effective to provide Americans relief from the higher cost of gas.

“How do we help people directly? If you’re going to have to pay for it and you don’t want it to come out of the Trust Fund, something could be a rebate card or direct payments. And those are the things that are being considered,” Pelosi said.

The Biden administration announced Thursday it is planning for the largest-ever release of oil from the US strategic reserves, with an average of 1 million barrels per day for the next six months.

The average cost of gas per gallon has risen to record levels in recent weeks amid Russia’s invasion of Ukraine.

The Biden administration moved to ban imports of Russian oil, resulting in less overall supply. The administration is also ramping up pressure on oil companies to increase production on federal lands where drilling permits have been approved but still unused.

Some localities have taken steps on their own to help consumers with high gas prices.

Chicago Mayor Lori Lightfoot (D) announced this week that the city will make prepaid gas and public transit cards available to some residents via a lottery system, according to WGN-TV.