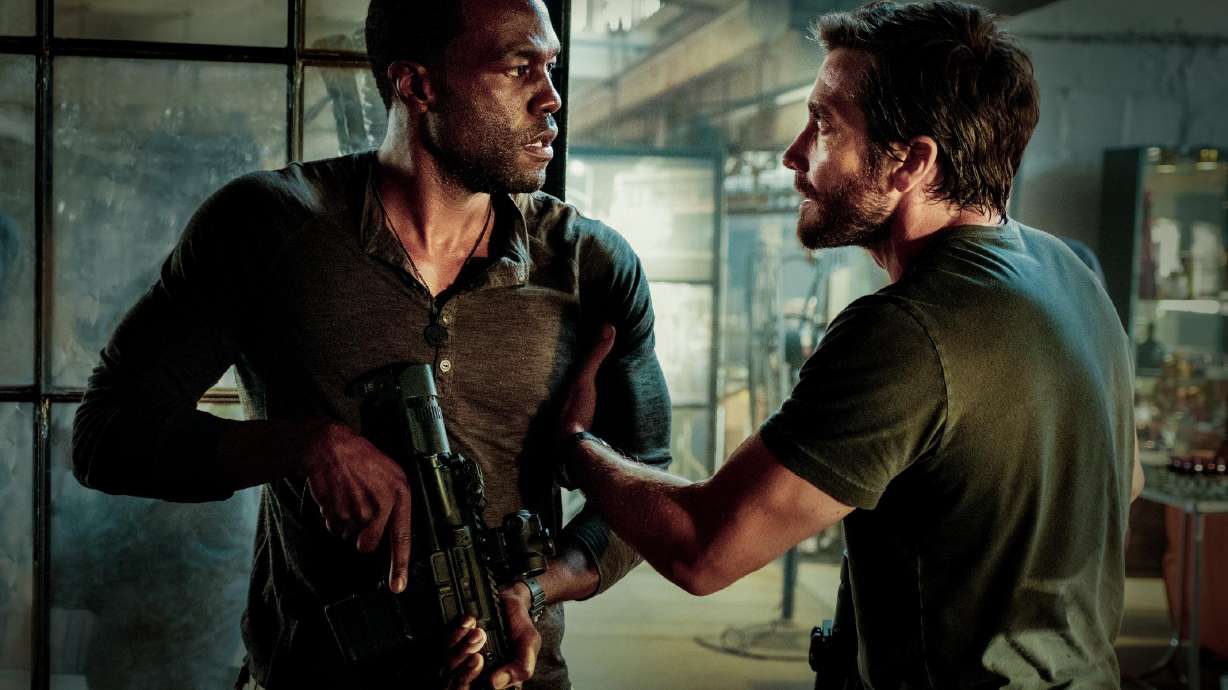 THE AMBULANCE — The movies can be an excellent place to escape reality for an hour or two. You get your popcorn, frozen Jr. Mints and giant soda and sit back in a dark theater ready to get lost in the story on the screen.

Say what you will about Michael Bay movies, but if you want to shut your brain off for a while and watch some things blow up, you could do worse than a Bay movie.

His latest offering is “Ambulance” starring Jake Gyllenhaal, Yahya Abdul-Mateen II and Eiza Gonzalez. The movie follows two bank robbers as they steal an ambulance after a job goes wrong. The problem is, there is an EMT and wounded police officer in the vehicle.

I’m not here to tell you whether or not you should check out “Ambulance,” I’m here to let you know how it earned its R rating so you can decide for yourself if it’s the kind of movie you want to see. I try not to go into too much detail to avoid possible spoilers for those hoping to see the film.

Sex, sexual innuendo and nudity are not areas where “Ambulance” earned its R rating. There is virtually nothing sexual in the movie, other than a married couple kissing once or twice and a few harmless, flirting jokes.

The most skin we get is a man’s shirt half opened and a woman in a tank top. If this is where your hesitation lies, I’d have to say “Ambulance” is less sexual than some PG movies out there.

“Ambulance” definitely earned its rating with language. There are multiple curse words sprinkled throughout the movie, but the film’s favorite is the F-word. It’s said close to 80 times, and some come back to back to back. I think nearly every character in the movie gets a chance to throw the word around.

In addition to that, there are several racial slurs in the film. “Ambulance” did not hold back in the language department.

There is a lot of violence in “Ambulance,” including a shootout that lasts several minutes with many people being shot and hit by cars. But it’s not just that one scene; there is violence, destruction and gore throughout the movie.

Much of the violence can get fairly graphic, including the aftermath of someone run over by a large van and a crude surgery performed in the ambulance. There is a lot of blood and dozens of people are killed through gun violence, car mayhem and explosions.

The graphic nature of the violence is not present in every scene, but when it’s there it’s very graphic.

The film has an anxious tone throughout, and some of our main characters aren’t great people. The hostage situation could be disturbing for some audiences. Also, the aforementioned surgery can be very disturbing for a lot of people. The graphic nature and scenario will be too much for some.

“Ambulance” somehow seems a bit more real and graphic than some of Bay’s other R-rated action films like “The Rock” and “Bad Boys.” Those were violent and had plenty of foul language, but “Ambulance” feels a bit more real at times and the gore is amped up from those films. The film definitely earned its R rating.

“Ambulance” is rated R for intense violence, bloody images and language throughout.

John has grown up around movies and annoys friends and family with his movie facts and knowledge. He also has a passion for sports and pretty much anything awesome, and it just so happens, that these are the three things he writes about.