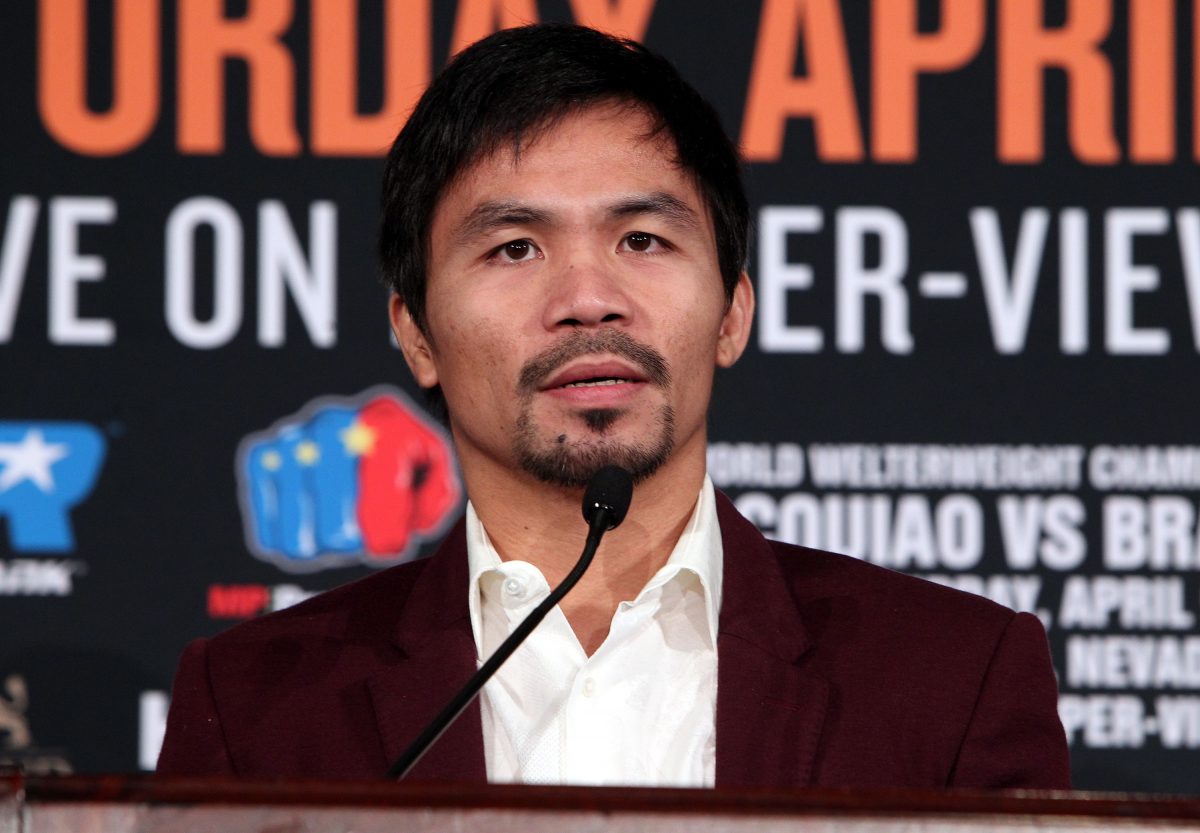 Pacquiao said he would deploy navy ships to the disputed area of ​​the sea, where Chinese coastguard vessels have repeatedly harassed and driven away Filipino fishermen, if he won the presidency in the May 9 election.

“I dare you, bother the Filipino fishermen and I’m the one you would have to face,” he said in an interview with Reuters. “To be bullied is not in my vocabulary.” [Reuters]

Pacquiao also expressed his admiration for the Philippines’ relationship with the United States, a country he referred to as “our best friend.”

The retired boxer is trailing in fourth place at 6 percent in the presidential survey conducted by Pulse Asia, well behind Ferdinand Marcos Jr., who is leading with 56 percent. Marcos is the son and namesake of the country’s late dictator.

But Pacquiao appeared unperturbed by his low rating, saying that “the real survey is on election day,” and that he believes the poor will decide the election result, Philippine-based news agency Inquirer Net reported.

“I am fighting to fight for the country’s future, especially for the poor. I and my supporters will not be disheartened. We will continue to knock on every door, community, town, and province to share our plans in alleviating our country from poverty, ”he said at a press conference.

China claims much of the South China Sea as its own, including the stretch of water in the Philippines’ exclusive economic zone, that extends 200 nautical miles from its coast.

The Permanent Court of Arbitration at The Hague ruled in favor of the Philippines in 2016. But the verdict has had little impact on China’s behavior, with Beijing continuing to pursue its claims to vast swathes of the sea based on its so-called “nine- dash line. ”

Filipino fishermen have previously called on their government to assert its claim and provide them with better protection, claiming that Chinese coastguards blocked them from operating in the disputed waters. [Yahoo]

But President Rodrigo Duterte said in May last year that the country’s arbitral victory against China’s claims at The Hague was nothing more than just “a piece of paper” that he would throw away in a trash bin due to its futility.

“They filed a case and we won. In real life, between nations, that paper is nothing. If you give it to me, I will tell you ‘[expletive] that is only a paper. ‘ I will throw that in a wastebasket, ”Duterte said in Filipino, CNN Philippines reported.

Aldgra Fredly is a freelance writer based in Malaysia, covering Asia Pacific news for The Epoch Times.