Over 4,300 Coloradans have reported fraud cases 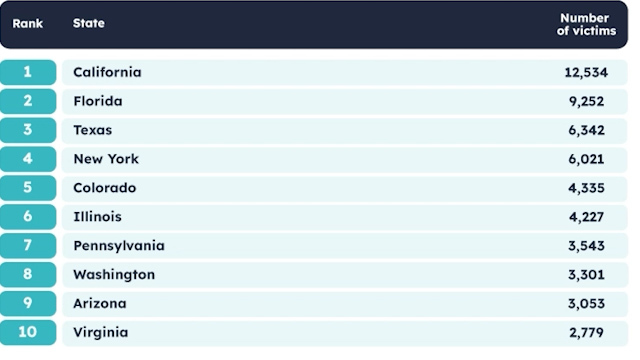 GRAND JUNCTION, Colo. (KREX) — “Any number that you see about fraud is low, because fraud is underreported, and people are often scared about reporting fraud, and they’re often intimidated about reporting it.” AARP Elderly Watch Program Manager, Mark Fetterhoff stated.

Which is alarming to hear since Colorado has the 5th highest rate of elderly fraud reported in America.

Fetterhoff uttered, “There’s a lot of money out there, and the scammers are looking for every way possible to try and trick people to do all sorts of types of things they might not do normally.”

In just the last two years alone, more than $20million has been reported lost by fraud amongst those over 60. Here are some of the most costly ways, starting with romance.

“They usually start either on a social media site or a dating site,” Fetterhoff mentioed.

That way they can build a report, and start a relationship with someone’s grandma or mother.

Fetterhoff added, “So the person will trust them, and trust them to send them more money.”

Another top ranking among the world, and not just senior citizens is social security fraud. Demetrious. What does that even mean? Glad you asked.

That’s a scam, just like sweepstake giveaways, or emails saying they won a publishing clearinghouse. Anything that you have to send money to receive money.

“Any time you have to do that, it’s definitely a scam,” Fetterhoff added

I’d be remiss if we didn’t mention the online wire transfers.

Fetterhoff mentioned, “The purebred payment apps like the cash app and the gift cards are so easy to transfer money and so difficult to trace. Once that money is gone it’s gone.”

The biggest thing we can do as a community to help prevent fraud against our parents, and grandparents is to help them understand the use of technology, and how scammers are trying to get ahold of them before its to late.

PIEDMONT - Police are searching for a "person of...