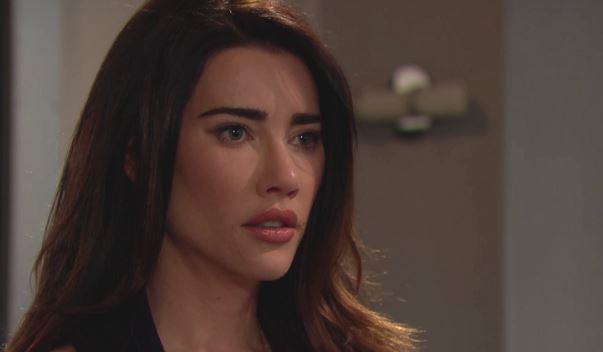 The Bold and the Beautiful know that the show cannot work as the Bold and the mildly attractive, so they do nothing but cast some seriously gorgeous women to come into the show and show us what the world is made of. For some reason, their life problems aren’t all that bad or horrible, but they do seem like the kind of problems that make people seem more insane about things. They are so beautiful that we do think that there are problems like this in their lives, and they are the only problems in their lives. After all, you want to see these beautiful women dealing with these problems, right? Well, no, we do not, but that’s what makes the show so good. So, that keeps us working hard on things that make us happy, and finding out which of the stars on this show are the hottest of 2018 was not difficult.

There is no question in our lives that Steffy is the most beautiful woman on the show, always. She’s so exotic and gorgeous, and this was her year beyond a shadow of a doubt the hottest woman on the show this year. All the story lines and crazy thing that happened do not even come close to touching what she was able to do this year in one sentence. I choose me. It was the single most powerful statement that she’s ever made, and it came right after she became a mother for the first time. Tired of spending her time trying to choose between men who want to make sure she’s with them and another man who she actually loves but who is always stuck between her another woman, she made the choice to choose herself and focus her life on being the best possible life imaginable. And she did it. She chose herself. Then she chose to make her life better than ever. She chose to focus on her career, herself, and her baby (and not in that order) and she made it her mission in life to win ever since.

Sally Spectra is having a heck of a year. First, her character was sent packing to New York to be with Thomas, and she was not meant to come back. But fans loved her so much that the writers decided they wanted to bring her back. So, she shows up one night in a bar next to Wyatt. They’re both drowning their sorrows in a few cocktails, and they’ve been happily together ever since. She’s managed to make amends for the kind of terrible things she did last year, and she’s managed to put the bad things in her life into her past. She’s also put aside her differences with the woman with whom she feuded the entire year before. She’s working closely with Steffy now, and they seem to have put their differences aside and made it an agreement to get along. It’s been amazing, and she’s amazing. We’ve been watching her, and we just love seeing her with Wyatt. She’s the best thing that ever happened to him, and probably to this show in general.

She’s the new Hope, and we can not get over her. She’s someone we do not always love, because we do often find Hope to be a bit of a pushover and a sad person. She never really finds fault in anything she does, but she always managed to make herself the victim even when she was the one who was doing all the wrong things. But she’s someone who mostly has the biggest heart and the best way of giving herself to the people she loves the most. She’s there for the people who are important to her. She’s there for her friends and her family, and she’s managed to make it her mission in life to be a good person. She might not be Liam’s first choice, but she is trying very hard to make amends with Steffy and work together to have a big happy family so that her own daughter and Steffy’s daughter have a happy, healthy relationship with one another. We just hope she can make that happen.