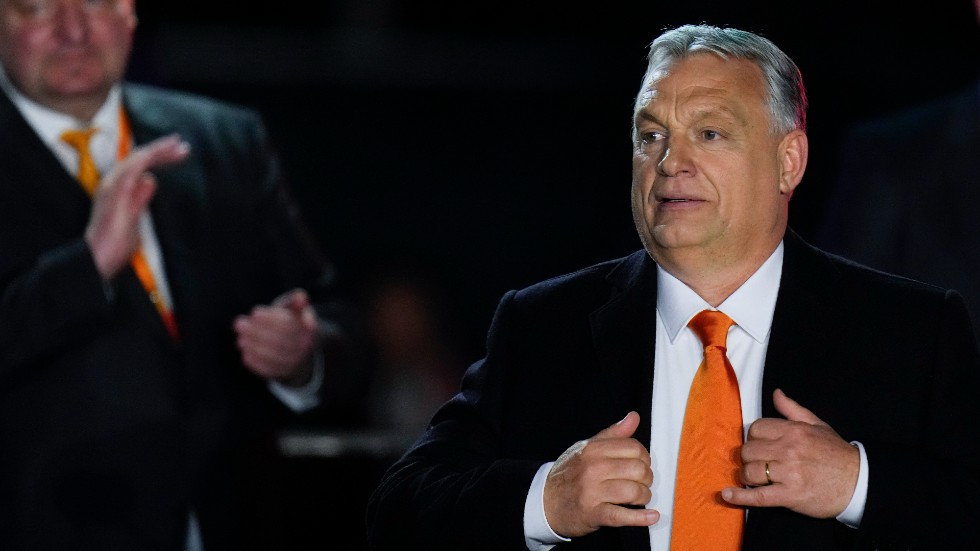 “We’ve won a victory so big that you can see it from the moon, and you can certainly see it from Brussels” Orban, 58, said in a speech to his supporters on Sunday, according to Euronews. “Don’t be afraid, hold on, the motherland is with you.”

With about 60 percent of votes counted Sunday evening, Orban’s party had secured about 56 percent of votes, compared to about 33 percent for the unified opposition parties.

If those numbers hold up, it would mark an increase for Orban and his allies compared to the last election four years ago, when the turnout was also about 70 percent.

Orban, known for his close allyship with Russian President Vladimir Putin, faced off against Péter Márki-Zay of the pro-European United for Hungary party.

Orban, who is Hungary’s longest-serving leader since the fall of communism in 1989, has often been at loggerheads with the European Union. His expanding influence over Hungary’s judiciary system and crackdown on independent media have often drawn the ire of Brussels.

As MSNBC noted, Orban’s close relationship with Putin has become a challenge for his political party, with Orban downplaying his closeness to Putin amid the Russian invasion of Ukraine.

Orban has recently sought to adopt a more neutral stance amid the Russian attack, neither sending support to Ukraine or banning Russian energy imports. However, the Hungarian government recently announced it would accept Ukrainian refugees.

Ukrainian President Volodymyr Zelensky in a speech to the European Council last week singled Hungary out for its stance toward Moscow.

“You have to decide for yourself who you are with,” Zelensky said when addressing Hungary. “You are a sovereign state. I’ve been to Budapest. I adore your city.”

Zelensky recalled massacres and tragedies in Hungary’s history and said those were also occurring in Ukraine at the hands of Russian forces.