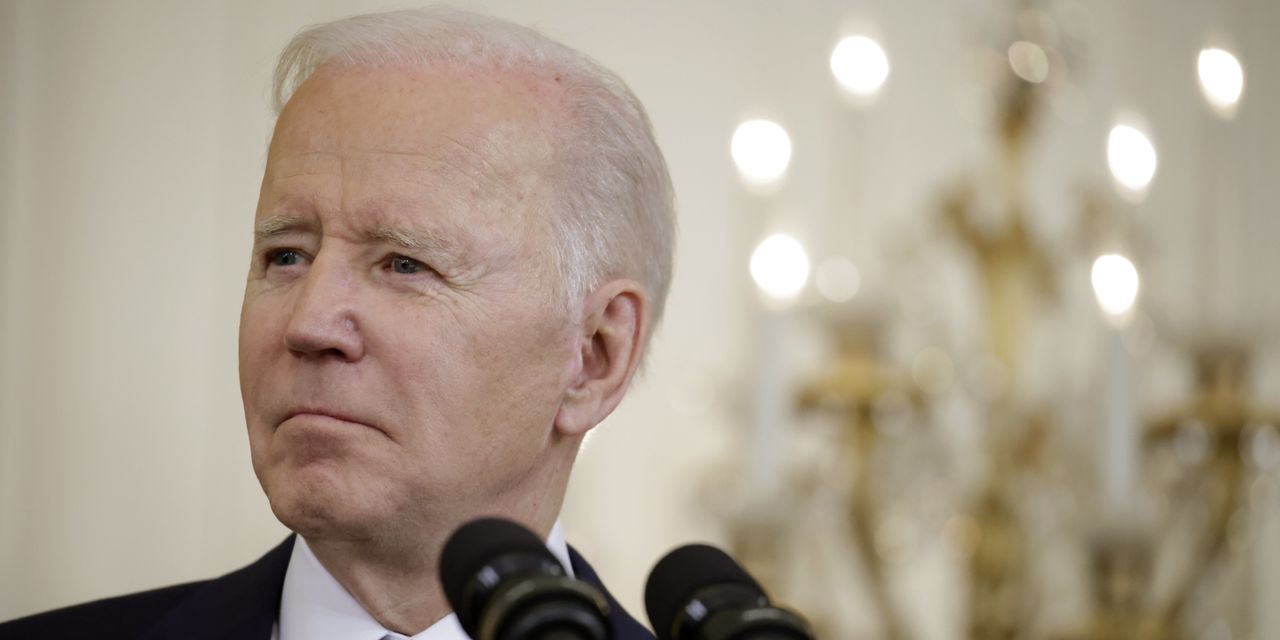 Mr. Biden’s blooper is only the latest in a long string of jarring misstatements. He makes them worse with his unwavering denial in the aftermath. For example, his Putin regime-change announcement was preceded on his trip by a presidential threat that if Russia used chemical weapons, America “would trigger a response in kind” (the US doesn’t have such weapons and signed a treaty pledging not to use them) and a suggestion to troops from the 82nd Airborne that they were going to Ukraine (they aren’t). Asked by Fox News’s Peter Doocy about this triple gaffe Monday at a White House rollout of his 2023 budget, the president replied, “None of the three occurred.”

Really? Asking Americans to believe Mr. Biden instead of his own eyes isn’t a winning tactic in the era of instant replay. He would’ve been better off if he’d simply repeated ad nauseam the words on his pocket card that photographers captured with an over-the-shoulder close-up: “I was expressing the moral outrage I felt.”

All the gaffes, cleanups and disavowals have undercut Mr. Biden’s standing with American voters. The president’s misstatements that must be “clarified” by White House staff have undermined confidence in his competence.

This pattern has likely affected Mr. Biden’s approval numbers. After his inauguration, he was at 56% approve to 36% disapprove in the Real Clear Politics average, but the president’s figures began declining quickly. His numbers went underwater around Aug. 21 during the Afghanistan debacle and then rose modestly from late November to mid-December. But his numbers were still not that good and soon began dropping again. He’s now settled in at a dangerously low 41% approve, 53% disapprove.

Worse, Mr. Biden’s gaffes appear to have hurt his image as a strong leader—something important to US standing abroad and critical to any president’s effectiveness moving his agenda at home. In October 2020, shortly before his election, a Fox News poll found 49% of voters said Mr. Biden was a strong leader, while 45% said he wasn’t. This was hardly a great start as president. It’s gotten worse: A Fox News poll that came out Feb. 22, 2022, found that only 36% now see the president as a strong leader while 61% don’t. Mr. Biden’s standing as a leader has dropped 13 points among suburbanites, who were a big part of swinging the 2018 midterms and 2020 presidential election in the Democrats’ favor. His image as a strong leader has also dropped 13 points among white men, 14 points among rural voters, and 15 points among whites with no college degree and among moderates—whose support could provide critical to GOP gains this fall and Democratic losses, especially to the latter’s dwindling ranks of congressional moderates.

The president’s verbal miscues have also likely affected answers to the Fox News poll’s question of whether he “has the mental soundness to serve effectively as president.” In September 2020, 49% answered yes while 45% said “no.” Not so great. It’s gotten worse: The Feb. 22 Fox News poll found that only 44% think he has the necessary mental soundness while 53% believe he doesn’t.

Going forward, if Mr. Biden manages to act competent and presidential—say he backs a successful resolution to the Ukraine war and passes a major piece of domestic legislation—his approval ratings still may not change much. It’s difficult to move numbers in a good direction once a president is viewed as weak and ineffective. Even if things get better on his watch, voters are likely to attribute the improvements to other political players, the environment or themselves, not the president. Mr. Biden is trapped in a vicious circle in which each wave of gaffes and corrections makes him look weaker and less effective.

Mr. Biden and his aides face enormous challenges. He’s been verbally undisciplined for decades and isnt going to change now. That means more misstatements are coming. The best Team Biden can hope for is more discipline in the cleanups. White House chief of staff Ron Klain and his communications crew should try to get Mr. Biden to break his habit of stubbornly denying reality. Good luck on that.

White House staffers should remember each time there’s such an incident, it becomes even harder to see Mr. Biden as a candidate for re-election. In 2024, voters from both parties may be looking for candidates who are more disciplined with their words and younger in years. The GOP and Democrats would be wise to offer candidates who can meet those expectations.

Mr. Rove helped organize the political-action committee American Crossroads and is author of “The Triumph of William McKinley ” (Simon & Schuster, 2015).