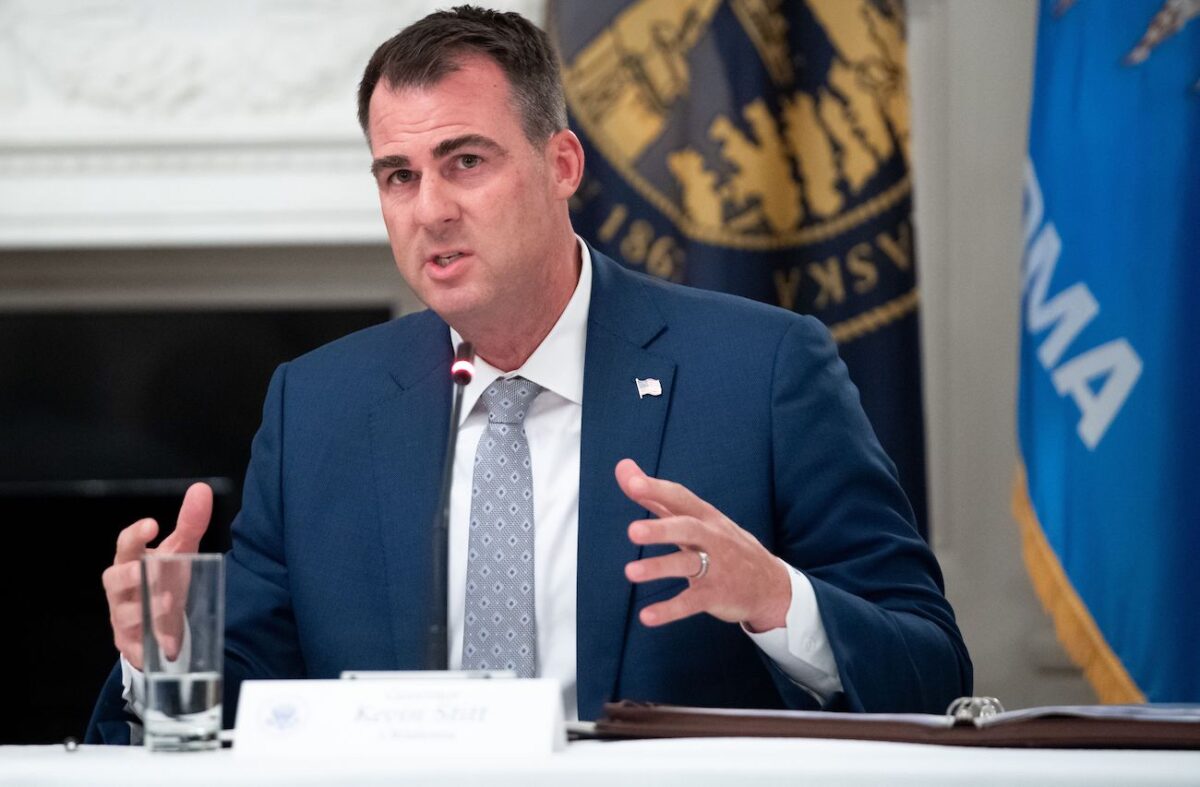 Oklahoma Gov. Kevin Stitt on Wednesday signed into law a measure that would ban abortion starting at conception, with few exceptions allowed.

The measure, Oklahoma HB 4327, now becomes the strictest abortion restriction signed into law in the United States. It prohibits doctors from carrying out abortions after pregnancy. Exceptions include in the event that performing the abortion is deemed necessary to save the mother’s life. Another exception is if the pregnancy is due to rape or incest that has been reported to law enforcement.

“I promised Oklahomans that as governor I would sign every piece of pro-life legislation that came across my desk and I am proud to keep that promise today,” Stitt, a first-term Republican, said in a statement.

“From the moment life begins at conception is when we have a responsibility as human beings to do everything we can to protect that baby’s life and the life of the mother. That is what I believe and that is what the majority of Oklahomans believe. ”

The law is styled after Texas’ Heartbeat Act, which means it is enforced by letting private citizens bring a civil action against any person who carries out or helps a woman obtain an abortion, and they could win at least $ 10,000 in statutory damages for each abortion carried out, aided, or abetted in violation of the ban. However, the measure does not allow the mother seeking an abortion to be sued.

Texas was the first state to enact a law with this kind of enforcement mechanism; the Texas legislation has faced legal challenges since it took effect in September 2021.

According to the text of HB 4327, abortion is the “act of using, prescribing, administering, procuring, or selling of any instrument, medicine, drug, or any other substance, device, or means with the purpose to terminate the pregnancy of a woman, with knowledge that the termination by any of those means will with reasonable likelihood cause the death of an unborn child. ”.

The definition of abortion in the legislation “does not include the use, prescription, administration, procuring, or selling of Plan B, morning-after pills, or any other type of contraception or emergency contraception.”

The text also noted that an act “is not abortion” if it is performed to “save the life or preserve the health of the unborn child,” “remove a dead unborn child caused by spontaneous abortion” or “remove an ectopic pregnancy.” An ectopic pregnancy is when a fertilized egg implants outside the uterus, and is a potentially life-threatening emergency.

The measure is one of at least three pieces of legislation passed by the Oklahoma legislature. The other two measures are SB 612 and SB 1503.

Stitt signed SB 1503, or the “Oklahoma Heartbeat Act,” in early May, effective immediately, after which two of Oklahoma’s four abortion clinics stopped providing abortions. It bans abortion after cardiac activity is detected, which is usually at six weeks of pregnancy, and is enforced the same way as the Texas Heartbeat Act.

The Republican governor signed SB 612 in April that says anyone who is convicted of carrying out an abortion will be guilty of a felony punishable by up to 10 years in prison, and / or a fine up to $ 100,000. The measure takes effect in late August, and contains no exceptions for rape or incest.

Mimi Nguyen Ly is a reporter based in Australia. She covers world news with a focus on US news. Contact her at mimi.nl@epochtimes.com