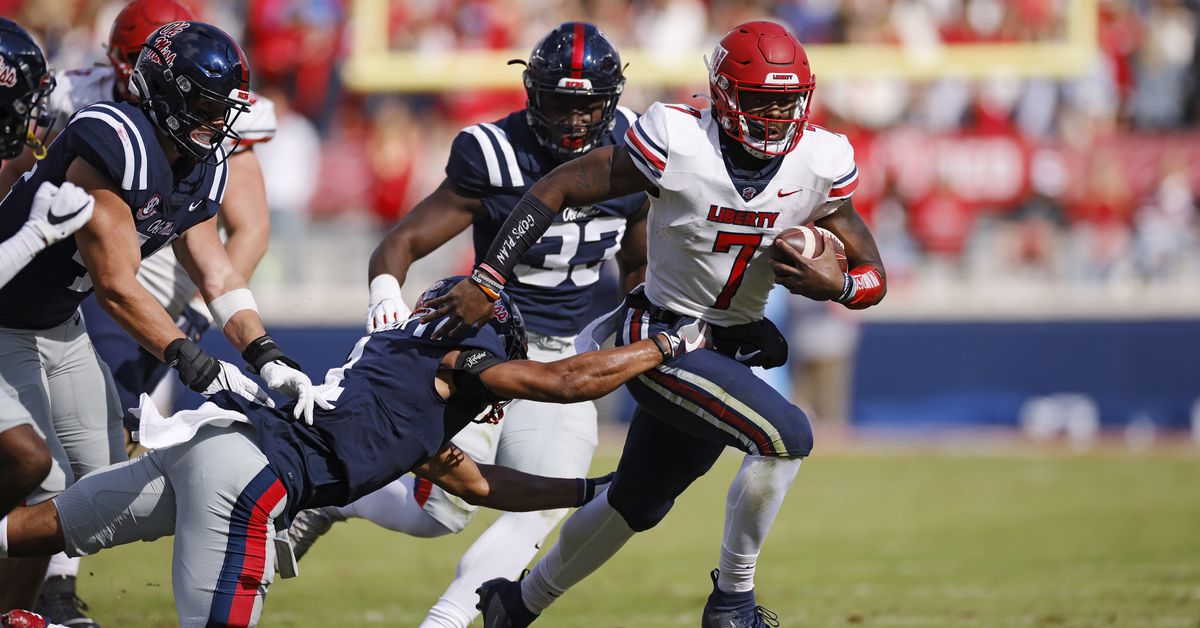 Writing for USA Today’s FTW site, friend of the PODcast Robert Zeglinski made the argument for drafting Liberty University quarterback Malik Willis with the second overall pick in the upcoming draft. Among the factors he lists that make Detroit a good match for Willis is the quality of the offensive line (which is great) and the presence of an incumbent veteran starter (Goff), reducing the need to rush Willis into the starting lineup prematurely. In particular, Zeglinski hopes the Lions aren’t trying too hard to pursue the rumored trade calls they’ve been fielding for the pick because the opportunity to draft a potentially special quarterback is so rare.

It is not clear how serious those inquiries for the pick are, though. In Thursday’s Notes, we mentioned ESPN’s Todd McShay told reporters he didn’t think the Lions should draft any quarterback second overall; not even Malik Willis. In follow-up reports about the call like the one filed by the Detroit News’ Justin Rogers, it turns out McShay also doubts whether the Lions could get solid trade offers for the pick, “It sucks for Detroit this year because there’s no elite quarterback where they can solve that problem moving forward,” said McShay according to Rogers. The ESPN draft expert suggested the lack of (what he perceives to be) quality quarterbacks plus the relative abundance at offensive tackle and edge rusher could sink the pick’s value by making it less important for most teams to have an extremely early selection.

Analytics expert Seth Walder from ESPN put some numbers on social media to corroborate McShay’s stance on the quality of quarterbacks in the draft. Based on completion percentage over expectation (ie, how much likelier they were to complete the passes they actually threw than the average quarterback would), Walder remains unimpressed by this year’s crop of quarterbacks compared to what was available last year:

Completion Percentage Over Expectation in 2021

Same stat among first round FBS QBs in 2020

When someone asked about expected points added per play (EPA/P) Walder directed the questioner to ESPN’s Total QBR, which he said was “basically the same thing, Judging by where the 2021 draft eligible quarterbacks appear in the Total QBR rankings, it is unlikely Walder was impressed using that metric, either.

The numbers aren’t everything, though. What about all that incredibly impressive film and ridonkulous athleticism and throws, Seems like a perfect culture fit too. None of this is an exact science, which is why opinions are all over the place. Are the advocates like Zeglinski, Field Gulls’ Samuel Gold, or our own Ryan Mathews right that Willis and his rocket arm is worth taking early in the first round? If not Willis, are any of the other quarterbacks worth taking that early? (hint: No.) Even if the Lions wanted to trade out of the second spot to either take Willis later or take someone else, could they even do it, McShay seems to think not.

Unfortunately, there is no magical “correct” answer to whether or not the Lions should start a new future at QB with their top selection. Now that Willis’ solid pro day workout is on the books, expect there to be non-stop speculation for the next four weeks on him being or not being the pick. With that, we’ll move on to the rest of today’s Notes: