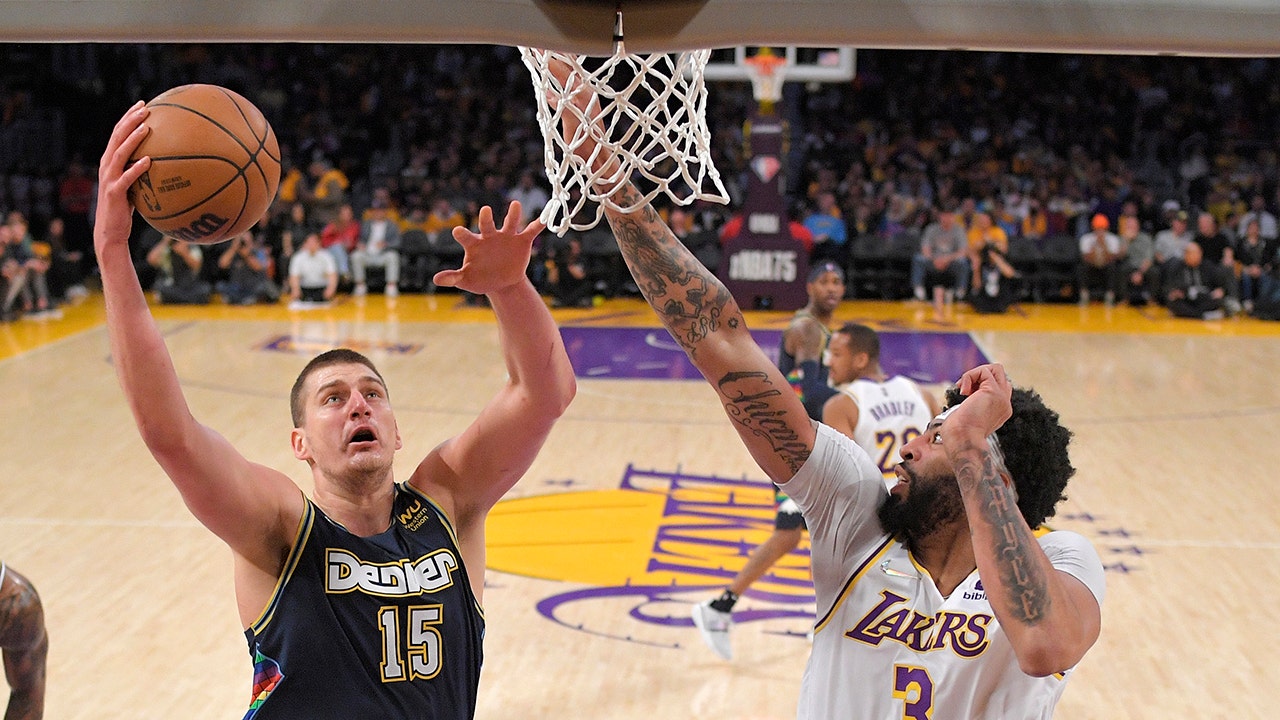 Nikola Jokic had 38 points, 18 rebounds and six assists, and the Denver Nuggets moved into fifth place in the Western Conference with a 129-118 victory over the Los Angeles Lakers on Sunday.

Will Barton scored 25 points and Aaron Gordon added 24 points and eight rebounds for the Nuggets, who capitalized on LeBron James’ absence with a fourth-quarter surge to grab their fourth win in five games.

“Very satisfying, knowing the situation, four games to go (when) you’ve got people right behind you, pushing you,” Denver coach Michael Malone said. “This was an important road win. We’ve been a great road team all regular season long. … When it mattered most, we were able to get stops.”

Denver moved a half-game ahead of Utah for the fifth spot in the playoff picture, getting further insurance against being forced into the play-in tournament.

“I think it’s a really important win for us,” Jokic said. “I’m just glad that we’re winning. If we’re playing bad and we’re winning, that’s the most important thing. I think it was really collective play that we did together, but hopefully we can keep it up to separate further and be even better. “

Anthony Davis had 28 points, nine rebounds and eight assists for the 11th-place Lakers, whose play-in hopes waned further with their sixth consecutive loss. Los Angeles has lost 28 of 38 since Jan. Russell Westbrook added 27 points and Carmelo Anthony had 17.

The Lakers were competitive against a superior opponent, yet could not overcome the absence of the NBA’s leading scorer, who sat for the fourth time in six games to rest his sprained left ankle. James dropped 38 points in the Lakers’ loss to New Orleans on Friday night, but determined he couldn’t recover from that exertion quickly enough to face the Nuggets in an early game.

Davis was excellent in his second game back from a six-week injury absence, but this game was yet another missed opportunity for James, Davis and Westbrook to play together. Injury problems for James and Davis have limited the trio to 21 shared games this season.

“We did not expect to only have 21 games together, but that’s been all year,” Davis said. “The times we were together, we looked good.… That being said, we still have enough (players) to play a basketball game. We will continue to fight this way, give ourselves a chance and see what happens.”

Nuggets: Barton was not cleared to play until shortly before the game because he has a knee injury, Malone said. … Malone reiterated his dislike for the play-in tournament before the game. He believes it should be used only when the ninth- and 10th-place teams are extremely close to the teams above them. … DeMarcus Cousins ​​had 14 points against his former team.

Lakers: The Lakers began Sunday one game behind San Antonio for 10th place in the West and the final spot in the play-in tournament. The Spurs also hold the tiebreaker over LA, meaning the Lakers face long odds. … Anthony returned from a non-COVID illness. … Davis had his first back-to-back 20-point games since Feb. 8.

The 37-year-old James has to play in at least two of the Lakers’ final four games to qualify for the scoring title, which would be only the second of his career and first since 2008. He began Sunday ahead of Giannis Antetokounmpo and Joel Embiid by a fraction of a point.

Jokic committed turnovers on the Nuggets’ first two possessions in their first game since they made 18 turnovers in an ugly home loss to Minnesota – after which the MVP quipped: “How good are we at turning the ball over? We’re so good that it’s crazy. ” Denver finished with only 12 turnovers against the Lakers, including just two in the fourth quarter.

Lakers: At Suns on Tuesday.