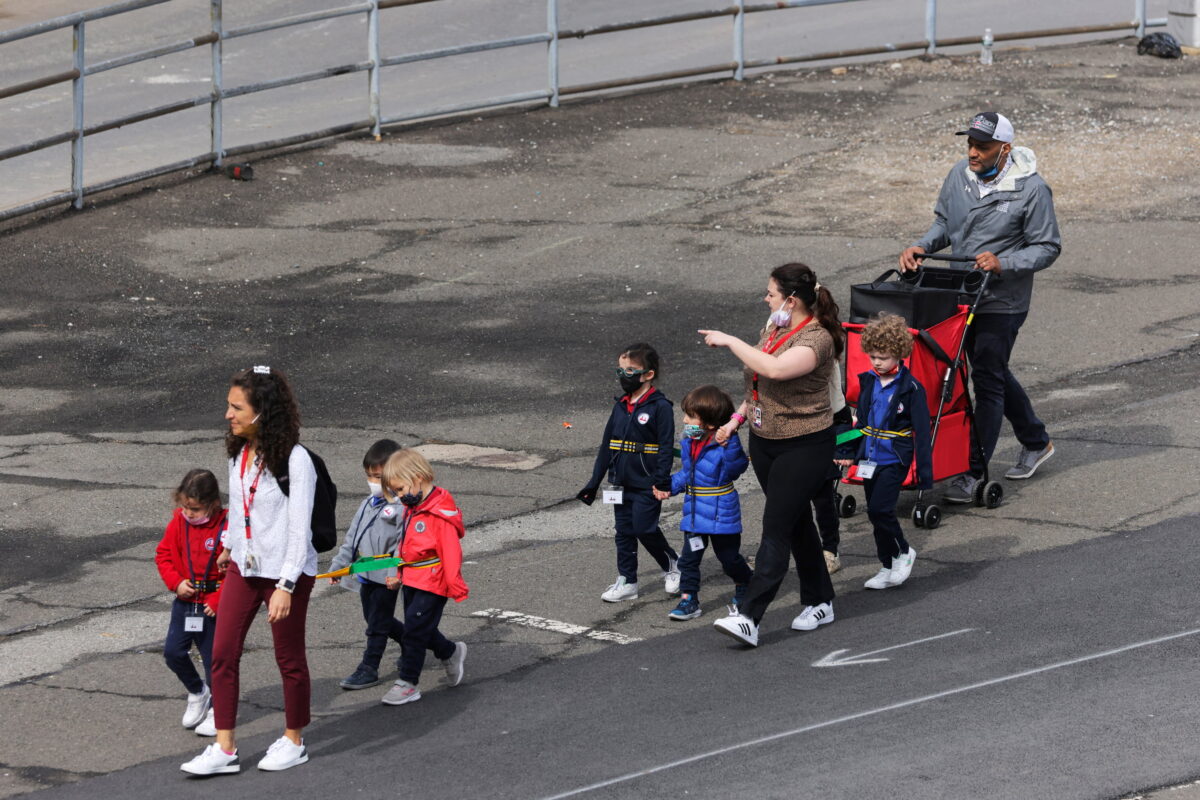 New York City Mayor Eric Adams said the city would mandate children aged 2 to 4 to continue wearing masks after a judge issued an order in favor of his administration.

“Every decision we make is with our children’s health and safety in mind. Children between 2 and 4 should continue to wear their masks in school and daycare come Monday, ”the Democrat mayor said on Twitter on April 1.

It came after State Supreme Court Justice Ralph Porzio earlier that day struck down the city’s mask order for young children. However, an appellate court issued a stay in the lower court’s ruling, allowing the mask mandate to remain intact amid the appeals process.

Porzio stated that the mandate was “absurd” after it was lifted for children aged 5 and older, and characterized it as “arbitrary, capricious, and unreasonable.” That ruling was handed down in response to a lawsuit from a group of parents who sued Adams and New York City agencies.

“Universal masking, therefore, presents one of the strongest, if not the strongest defense against COVID-19 for settings with children ages two to four,” New York City attorneys said in court papers, although numerous studies have shown that young children have exceedingly low COVID-19 death and hospitalization rates compared with other age groups — even compared with older children.

“For these reasons,” the city added, “throughout the pandemic, both the City and New York State had more stringent rules in place for this setting.”

Amid the appeals process, it’s not clear how much longer New York City, which has employed some of the strictest COVID-19 rules in the United States, will keep the mandate intact. Dr. Ashwin Vasan, New York City’s health commissioner, said at a news conference on Friday that officials are “recommending to wait a little bit longer before making masks optional for this age group,” referring to young children.

Over the past several months, federal and state data have shown hospitalizations, cases, and deaths from COVID-19, the illness caused by the CCP (Chinese Communist Party) virus, have fallen dramatically. In response, other Democrat-led states and municipalities have dropped mask and vaccine mandates while some Democrats have even voiced criticism about those rules.

Michael Chessa, an attorney who represents the group of parents suing Adams, said they were pleased when Porzio agreed with their arguments. However, they were disappointed when his ruling did not go into effect pending the appeals process, he told Gothamist.

“On Monday morning when parents send their children to school, they will not have that choice,” Chessa said, adding that the appellate court has not set a date for arguments.

LG may have exited the smartphone market, but people...