Nearly 300 people were buried in a mass grave in Bucha, where the streets are ‘littered with corpses,’ a Ukrainian mayor said 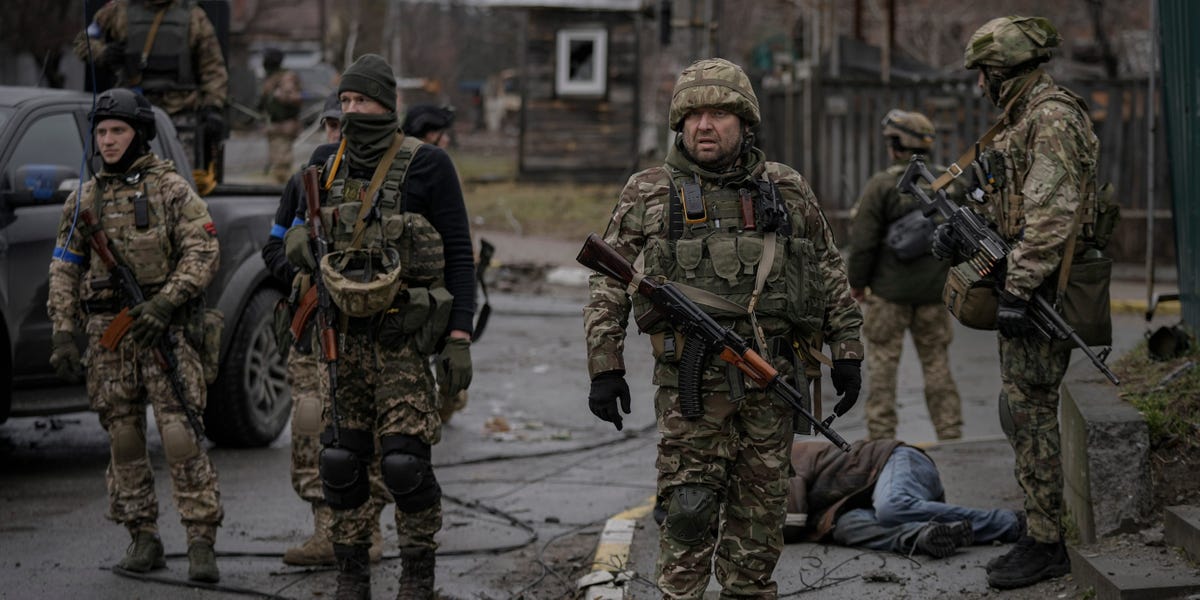 Nearly 300 people have been buried in a mass grave in the Ukrainian town of Bucha, just outside of Kyiv, the town’s mayor said.

“In Bucha, we have already buried 280 people in mass graves,” Mayor Anatoly Fedoruk told AFP News Agency by phone. Fedoruk said the streets are “littered with corpses,” according to the news agency.

AFP journalists reported earlier on Saturday that they saw 20 bodies in civilian clothes laying on a single street in Bucha.

Russian forces have been trying to seize the Ukrainian capital of Kyiv since the invasion began on February 24, but Russian troops have been met with fierce resistance across the country. The death toll has been high on both sides, prompting the use of mass graves in other Ukrainian cities, such as Mariupol.

Russia’s Defense Ministry announced last week that it would reduce its military assaults on Kyiv, although the United States has remained skeptical of those claims. Ukraine’s Deputy Defense Minister Hanna Malyar said on Saturday that the country had regained control of the “whole Kyiv region,” per AFP,

Ukrainian President Volodymyr Zelenskyy warned on Saturday that retreating Russian troops were leaving mines around Ukrainian homes and “even the bodies of those killed,” creating a “catastrophic” situation for civilians, the Associated Press reported.

“It’s still not possible to return to normal life, as it used to be, even at the territories that we are taking back after the fighting,” Zelenskyy said, per AP. “We need wait until our land is demined, wait till we are able to assure you that there won’t be new shelling.”