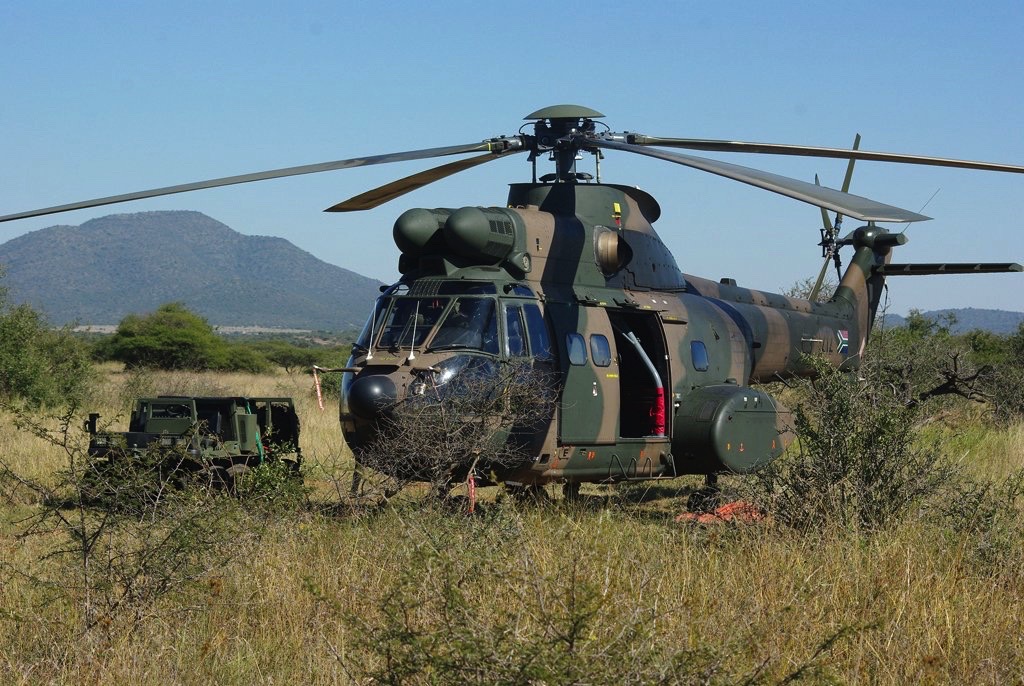 JOHANNESBURG — It was five days before Christmas, but the 61 armed men creeping gently through the forested hills near the village of Chai in northern Mozambique were not in a holiday mood.

Their mission was to “find and engage” jihadist terrorists linked to the ISIS-aligned group of Central Africa, whose goal was to make Christian rites a forgotten tradition.

The 11 South African special forces soldiers and 50 Mozambican troops did not know it, but something was about to go terribly wrong.

“We do not know how it happened, but ISIS knew our guys were coming for them. They led them into an ambush, ”a source in the South African National Defense Force told The Epoch Times.

As shots rang out, most of the Mozambicans fled, according to the South African contingent, but not before eight died as terrorists sprayed the area with automatic gunfire.

Corporal Tebogo Radebe, 31, also fell during the firefight. It was the first death of a member of South Africa’s special forces since April 4, 1989, in the final days of the country’s border war with Angola.

“It was a hell of a battle,” a South African military official told The Epoch Times.

“But eventually our men had to pull out. Unfortunately, they left a radio set behind. We think the terrorists heard a communication on that radio that told them exactly where our forces had retreated to, to wait for a helicopter. ”

As the team awaited rescue, ISIS attacked again. The South Africans fought them off again. The Oryx helicopter took fire as it touched down, but eventually lifted the squad out of the danger zone, carrying the survivors, the wounded, and Radebe’s body to safety.

The day after Christmas, ISIS, using the Al-Naba website, published, as proof of its “victory,” photos of ammunition, a 60 mm mortar, and some 40 mm grenades it said had been abandoned by “defeated enemies.”

Two thousand troops from the Southern African Development Community (SADC) countries, chiefly from South Africa, have been in resource-rich but poverty-stricken Cabo Delgado Province, in Mozambique, to counter the jihadists since late July 2021.

Also in the Mozambique fight are 1,000 troops from the tiny east African country of Rwanda, a strong ally of France.

Analysts suggest that Paris is behind Rwanda’s presence in Mozambique, specifically to safeguard a $ 20 billion gas field project by French energy giant Total.

Rwanda’s President Paul Kagame insists his soldiers are in Cabo Delgado only because he wants his country to fulfill a “large peacekeeping role” in Africa.

Kagame, however, in power for more than two decades, is more known for being a former rebel commander who orders street cleaning at gunpoint than for respecting human rights.

The ISIS-aligned terrorists claim to be fighting for access to wealth from natural resources in order to help impoverished farmers. But they have killed about 2,000 – including by beheading — and displaced an estimated 800,000 since October 2017, according to international aid groups.

Independent intelligence agencies estimate there are about 2,000 Islamic terrorists in northern Mozambique, spread out across several provinces, making it extremely difficult to track them.

In July 2021, South Africa’s President Cyril Ramaphosa announced he was sending more than 1,500 soldiers to Cabo Delgado. But sources in the country’s military say there have never been more than 300 South African troops in Mozambique at a time, which means combat duties are assigned to only 280 special forces members.

The Epoch Times recently spoke with several of these men.

“It is not a problem that our mission is dangerous. That’s our job. What is a problem is that we can not fight if we are all dead, ”said one. “We go out there and we get no air support at all when it’s needed. We want to go out on missions against ISIS, but not on suicide missions. ”

‘We killed a lot… then ISIS splintered…’

Andre Thomashausen, professor of international law at the University of South Africa and a military historian, says the country’s special forces fighters are “severely underequipped.”

“They have just two helicopters, both of which have been damaged by enemy fire. The heavy rains and storms that have been lashing Mozambique since December have made counterterrorism operations extremely difficult, if not impossible.

“Some of their vehicles are not suited to this mission, plus they’s understaffed. They lack the funds to do more. With the little they have, they’ve done remarkably well to stabilize things in the area of ​​their operation, which is of course very limited, ”he said.

The South African soldiers say they killed “a lot” of ISIS-Mozambique terrorists in the first few months of the conflict last year, especially in northern Cabo Delgado, near Tanzania.

“But then the enemy started splintering,” an officer said. “That was a great move because we do not have the resources to chase a lot of little groups. Now we have all these splinter groups hiding in Tanzania and in [Mozambique’s] Niassa Province, which is just bush, and they attack villages and disappear. ”

Thomashausen said that having fewer than 300 soldiers to fight “loose bands” of jihadists, many of whom are local and extremely familiar with the terrain of Cabo Delgado, can not be expected to achieve much, “no matter how good our special forces are . ”

By contrast, the French-backed Rwandan troops have more firepower and manpower, which is why the Mozambican government is tasking them to combat ISIS, Thomashausen said.

Major Patrick Mfaladi, spokesman for SADC’s military operations in the region, insists that the 280 South African special forces represent “only the first phase” of the bloc’s plan in Mozambique.

Thomashausen hopes that plan includes more help given to South Africa by its neighbors.

Thomashausen said South Africa could not afford to spend money like this in order to secure foreign interests in Mozambique.

“I’m talking about the interests of some of the world’s largest oil and gas companies. So we would expect from South Africa that this [mission] becomes more inclusive and that other countries also contribute directly to the cost. ”

In the wake of Radebe’s death, critics have said the South African government failed to equip its soldiers with better weaponry to hunt down terrorists.

Critics of the SADC’s Rwanda military mission in Mozambique say it has nowhere near the firepower necessary to weaken the enemy to such a degree that the groundwork is laid for a mission that’s more centered on humanitarian aid and development.

Thomashausen says it’s going to take a long time for peace to happen in Cabo Delgado.

“This is an issue that results from 30 years of bad governance,” he said.

“Mozambique is not a model country; it incurred a debt of 2 billion euros ($ 2.2 billion) and it cannot account for this money.

“It’s now relying on South Africa and Rwanda to solve an insurgency problem which is the result of underdevelopment, complete neglect.

“Half the population of Cabo Delgado have fled; the remaining people are scattered, are hiding, and living the most basic existence one can imagine. ”

Even if all the ISIS jihadists are killed tomorrow, Thomashausen said, bad conditions will persist in Cabo Delgado, which needs a massive international humanitarian effort, not a long war that other analysts say carries the danger of creating another Somalia.