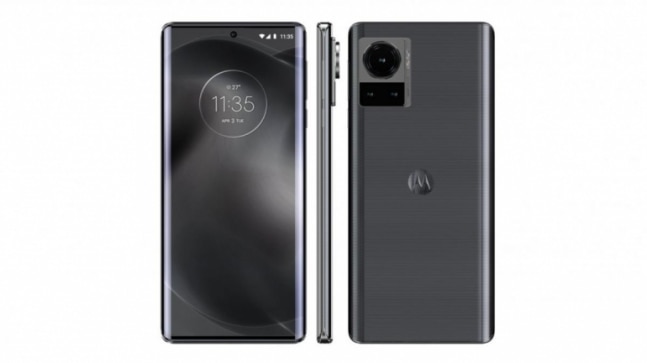 This year, Motorola is expected to launch as many as four smartphones in its premium Edge series. Last year, the brand didn’t release high-end smartphones globally and it made a come back this year in the flagship series with the launch of the Motorola Edge 30 Pro. The same device is being sold as Moto Edge+ 2022 in the United States. Now, it seems that the company is planning to release more premium devices.

91Mobiles in collaboration with tipster Evan Blass has leaked the company’s roadmap for 2022, which suggests that the Motorola Frontier (or Moto Edge 30 Pro Ultra) could arrive in the coming months. Apart from this, one can also expect the launch of the Motorola Moto Edge 30 and its Lite version. Keep reading to know more about the upcoming Motorola smartphones.

While the details regarding the release of the Moto Edge 30 Pro Ultra are currently under wraps, a lot has already been leaked online about this phone. The leaks so far suggest that the Motorola Edge 30 Ultra will come with a 200-megapixel primary rear camera. If this turns out to be true, then this will be the first phone with such as a high-resolution camera. The primary camera will have support for Optical Image Stabilization (OIS). It will reportedly be paired with a 50-megapixel ultra-wide-angle camera and a 12-megapixel telephoto camera with 2x zoom.

The Motorola Edge 30 Ultra is said to pack Qualcomm’s upcoming Snapdragon 8 Gen 1+ SoC. The Ultra model could offer a 6.67-inch OLED display with a 144Hz refresh rate. It might have the typical 4,500mAh battery and the company could have support for 125W fast charging. The cited source claims that this Motorola flagship phone may not arrive until the third quarter of 2022.

Moto Edge 30 could launch in May

Though, you can expect the Moto Edge 30 to arrive next month, as suggested by the source. The device is internally codenamed Dubai. The same device has reportedly been spotted on Geekbench, which as suggested that it could be powered by a Snapdragon 778G+ chip. The handset may feature a 6.55-inch FHD+ P-OLED display with support for a 144Hz refresh rate.

In terms of optics, the rumor mill suggests that the Moto Edge 30 could be equipped with a 50-megapixel main camera, a 50-megapixel ultra-wide-angle sensor, and a 2-megapixel depth sensor. On the front, one might get to see a 32-megapixel selfie camera. It is said to come with a small 4,020mAh battery unit.

The Lenovo-owned company is expected to announce two more phones. One of them is codenamed Dubai+. The official market name of the device is currently unknown. It is said to pack a new MediaTek Dimensity MT6879, which the rumor mill says could be the Dimensity 7000 SoC. This model is also said to have support for stylus just like the Moto Edge 30 Pro. Motorola will reportedly incorporate a 5,000mAh battery inside the phone, which a lot of mid-range phones are offering.

Lastly, we may also get to see the Lite version of the Motorola Edge 30, which is internally codenamed Miami. This one might launch with a compact P-OLED 120Hz FHD+ display that could be 6.28-inches. It seems that the Lite version will also have a small battery as the leaks suggest that the device will sport a 4,020mAh battery. It might be powered by a Qualcomm Snapdragon 695 SoC. For photography, there could be a 64-megapixel sensor and a 13-megapixel dual rear camera setup. On the front, the Motorola Edge 30 Lite could pack a 13-megapixel sensor for selfies.

After the Sept. 11 attacks, the United States...