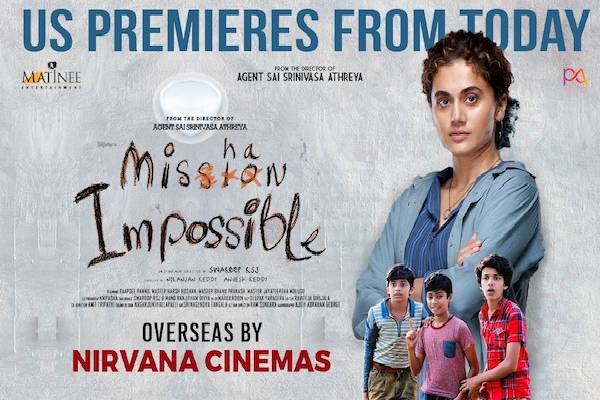 Mishan Impossible story actually revolves around three kids and the theatrical trailer got tremendous response with 7M+ views. The trailer indeed promised the film will be high on hilarity with some unforeseen thrilling elements in the narration. There are good expectations on the movie, given the director delivered a blockbuster with his first movie and it is coming from the popular production house – Matinee Entertainment.

Moreover, megastar Chiranjeevi who graced the film’s pre-release event spoke highly about it. Chiranjeevi who already watched the movie assured audience that Mishan Impossible will amuse them for sure.

An ideal runtime of 2:09 hrs was locked for the film that was awarded with U/A censor certificate. The crisp runtime will be an advantage for the film in USA.

USA’s popular distribution house Nirvana Cinemas will be releasing Mishan Impossible in a grand manner in good number of theaters.