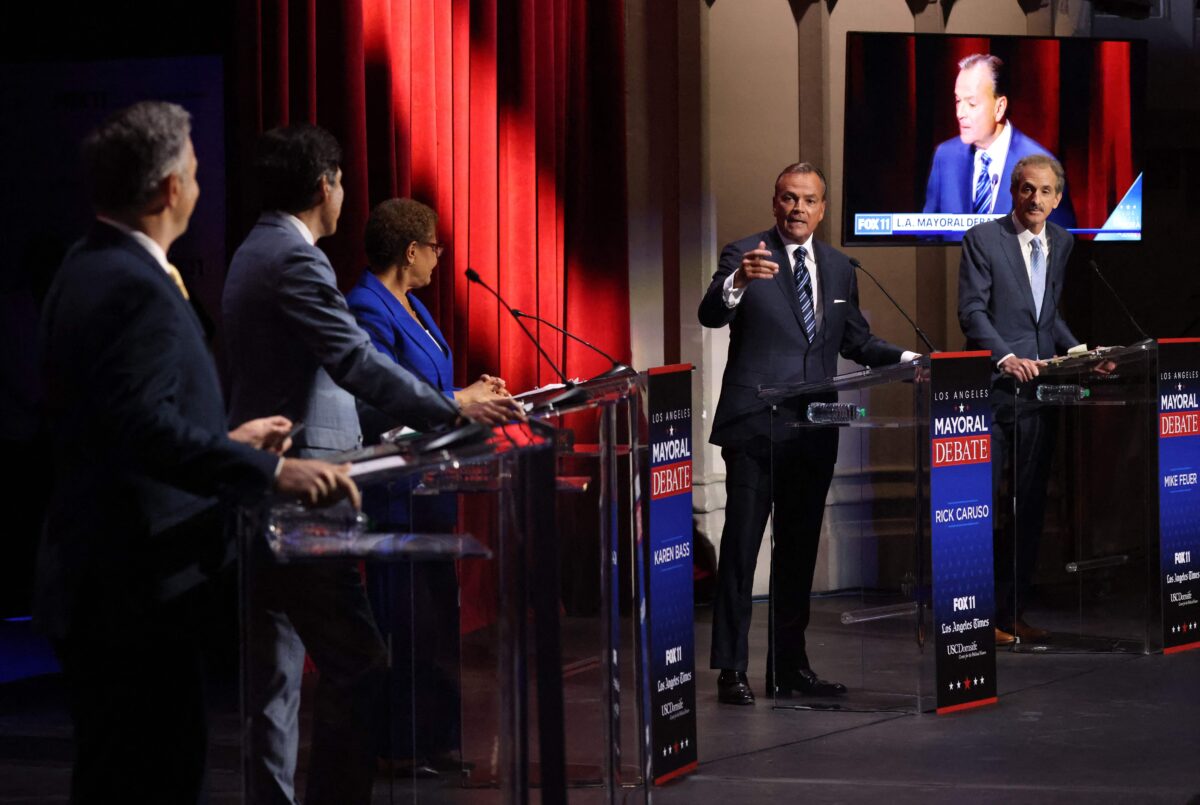 LOS ANGELES — One Los Angeles mayoral candidate wants to remove the city council from all land use and real estate decisions after allegations of bribery and corruption have troubled City Hall in recent years.

Billionaire businessman Rick Caruso — developer of The Grove in LA and Glendale’s Americana at Brand — is the only candidate running who is seeking to change what he calls “corruption” between developers and city councilors.

“Developers and their representatives bribe councilmembers because they need their support to get large out of character developments approved. None of these council members are experts in land use, planning, or environmental issues yet they wield enormous power in projects that are extremely technical and impactful, ”Caruso’s campaign website reads.

Huizar held office from 2005 to 2020 when the city experienced a development boom of residential and hotel projects with international money pouring in.

In July 2020, the California Department of Justice issued Huizar with a 34-count indictment for alleged “widespread corruption” in which he “led a criminal enterprise where he used his powerful position at City Hall to enrich himself and his close associates,” according to to the indictment.

Huizar and his partners, according to the indictment, asked $ 1.2 million from developer David Lee, whose 2017 mixed-use development in downtown Los Angeles was being challenged by a union.

Other so-called “pay-to-play” deals have also occurred between developers and those seeking to do business with the city, with a federal corruption investigation resulting in guilty pleas from former City Councilman Mitchell Englander, a city council assistant, and a lobbyist in separate cases.

“Here in Los Angeles, we have to start by recognizing that pay-to-play politics is at its worst when it comes to land use and development corruption. That’s why we need tougher laws around transparency, reporting, and ultimately removing the tools that allow these corrupt actors to leverage people for bribes or self-gain, ”Caruso’s campaign website reads.

According to Caruso’s plan, instead of City Hall approving land-use and real estate decisions, that authority would be given to professionals who would review applications. Additionally, Caruso’s plan would have those same experts develop “revamped zoning laws that make it clear what can and can not be built, with no exceptions.”

Caruso’s plan, additionally, includes creating a new city law mandating councilors and their staff make texts, calls, emails, and other correspondence with developer applicants and lobbyists publicly available with “tough penalties for those who do not adhere to these rules.”

It’s the first time a candidate running for office has introduced such plans.

However, Caruso may not be immune from accusations, as some have pointed to his own development company that could be a conflict of interest in his bid for mayor.

Caruso, in response, has pledged to put his billion-dollar company, which operates multiple properties in Southern California, in a blind trust — to prevent conflicts of interest — allowing other executives to take over if he is elected.

The Epoch Times reached out to Caruso’s campaign but did not hear back by press deadline.

Jamie is a California-based reporter covering issues in Los Angeles and state policies for The Epoch Times. In her free time, she enjoys reading nonfiction and thrillers, going to the beach, studying Christian theology, and writing poetry. You can always find Jamie writing breaking news with a cup of tea in hand.