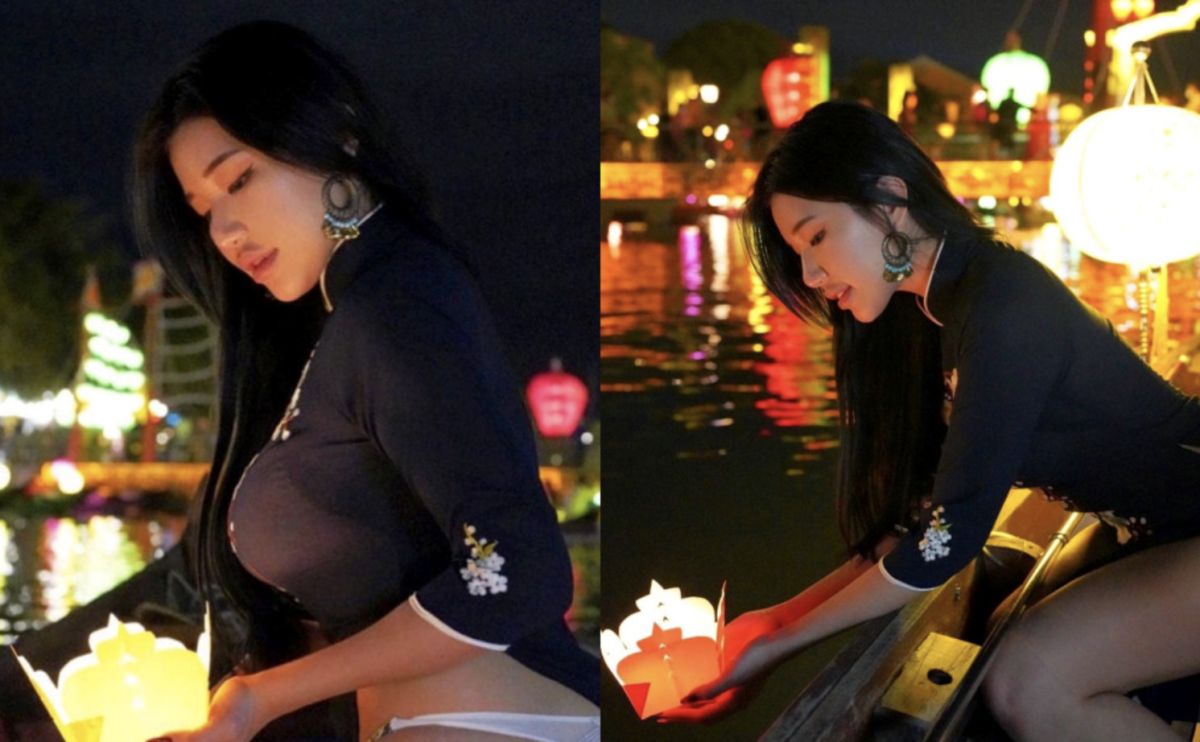 The former Penthouse cover model, better known as Ms Puiyi on her social media accounts, wore only an ao dai gown while she was releasing lanterns on the Hoai River in Hoi An, Vietnam.

She posted two photos of her outfit on her social media accounts, drawing a barrage of criticisms from Vietnamese netizens for disrespecting their culture and traditions. The ao dai is a long gown with slits on the sides and worn with trousers by Vietnamese women.

On Wednesday (6 April), Siew apologised on her Facebook page in three languages ​​– Vietnamese, English and Chinese – and said she had deleted the photos.

Siew said, “Hello all the beautiful people of Vietnam! To my recent travel to Vietnam, there was a posting of mine that truly upset the people, and I deeply and sincerely apologise for my actions/content and the disrespect to the traditional culture of Vietnam, to which I have now taken down…I apologise once again, and will be more sensitive to the local cultures all over the world.”

Siew on Friday posted two photos of her wearing a bikini at a hotel in Hoi An on her Facebook page with the caption, “Vietnam is so beautiful.”

In January, Siew made the news when she was chosen as the cover model for Penthouse for the US adult magazine’s January/February edition. She claimed then that she was the “first Southeast Asian woman” to be on the cover.