Longtime Disney Cast Member Speaks Out: ‘We Are Ashamed to Work for This Company’ 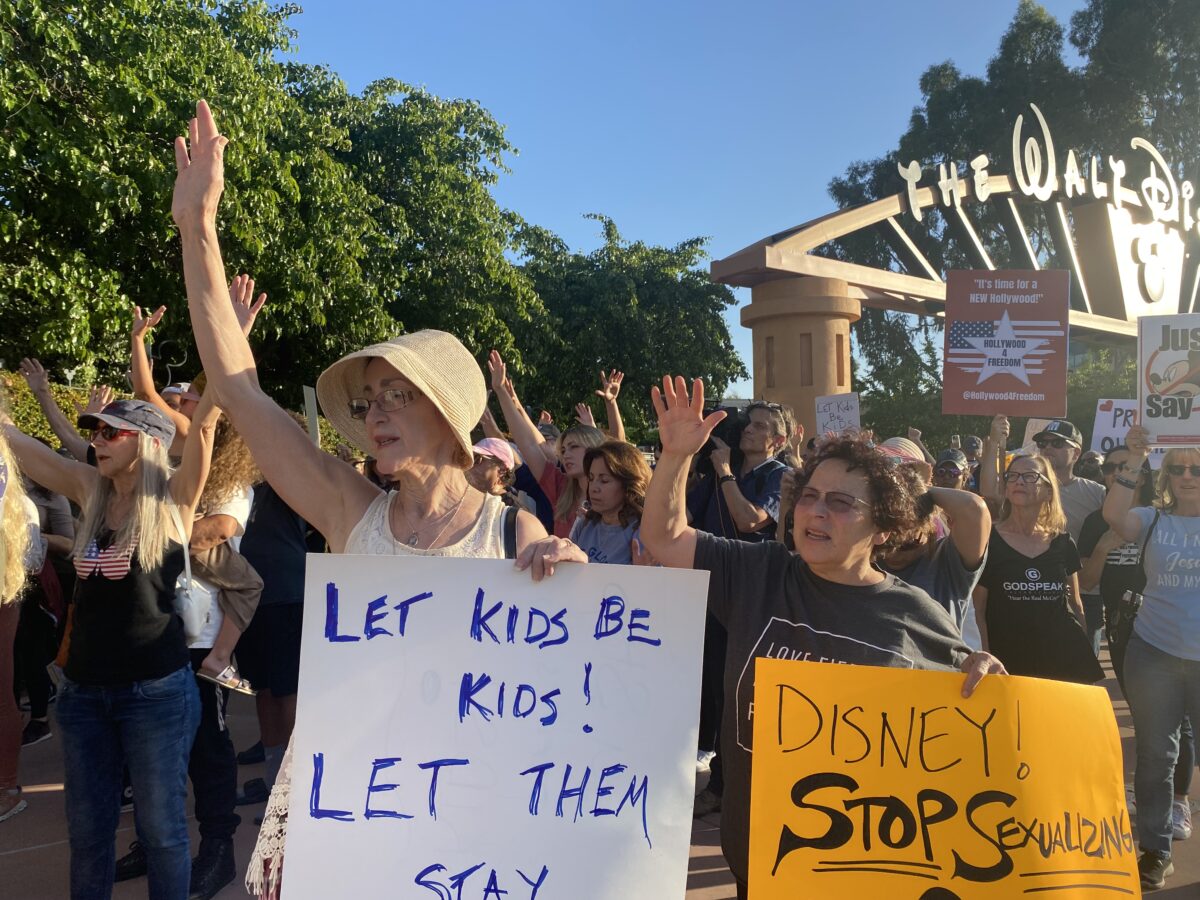 As the battle between Florida and The Walt Disney Co. executives continues to rage on, a longtime employee of Walt Disney World Resort near Orlando is speaking out, sharing how he and the majority of his fellow cast members are “ashamed to work for this company.”

The employee, a custodial cast member of 35 years for Disney’s Magic Kingdom Park, spoke to The Epoch Times under the condition of anonymity for the fear of being fired.

He said Disney’s stance against the Parental Rights in Education bill is just another part of the ongoing effort by the company’s new progressive management to push their “California Disney liberal policies” onto the Disney experience of the Sunshine State.

As The Epoch Times recently reported, Florida Gov. Ron DeSantis signed the Parental Rights in Education bill into law on March 28, 2022. House Bill 1557, inaccurately branded by liberal opponents as the “Don’t Say Gay” bill, prohibits Florida educators from teaching anything about sexual orientation or gender identity to children in Kindergarten through third grade and enables parents to sue if they believe schools or instructors have violated the law.

A week prior, after facing pressure from LGBTQ communities and staff for his silence, Disney CEO Bob Chapek issued a statement apologizing for not being a “stronger ally” to them, calling the bill “yet another challenge to basic human rights.” Chapek then announced Disney would immediately halt all political donations in Florida.

In a March 28 statement, Disney’s corporate office vowed to have the law repealed and to support organizations that tried to do the same.

After the CCP (Chinese Communist Party) virus outbreak, also known as the novel coronavirus, the vaccine mandates were introduced, the Disney cast member said, and employees were told they would lose their jobs if they did not conform.

“Thank God DeSantis slapped that down,” the Orlando cast member said. Then Disney CEO Bob Chapek and Disney President Josh D’Amaro decided it would be a good idea to protest the Parental Rights in Education law, which the Orlando Cast member said the majority of his fellow Disney employees support.

As The Epoch Times reported April 1, DeSantis floated the possibility at a March 31 press conference that lawmakers might repeal the 1967 Reedy Creek Improvement Act in response to Disney’s ongoing opposition.

Reedy Creek provides Disney with numerous advantages not enjoyed by Orlando’s other theme parks. The nearly 40 square miles of land that Disney controls, located within the Reedy Creek Improvement District, is exempt from all county — and nearly all state — regulations. This means that, among other things, Disney is exempt from impact fees, building codes, surface water control, drainage, and all waste treatment regulations.

Another Disney employee, an openly gay cast member named Gary Lucia, shared the same sentiments in a lengthy essay he posted online, in which he condemned Disney’s new political stance, particularly regarding the Parental Rights in Education legislation.

“The purposely misleading nickname ‘Don’t Say Gay’ was a Trojan horse. It drew people in and got them all fired up because they thought the bill was attacking gay people, ”Lucia wrote.

The Orlando cast member also told The Epoch Times about Disney’s new “diversity and inclusion” policies, described on their website as a “way of amplifying underrepresented voices and untold stories as well as championing the importance of accurate representation in media and entertainment.”

“We’ve always included everybody at Disney,” the cast member said. “They did not need to come up with this stupid idea. We’re always inclusive. Straight people have been working together with gay people at Disney for years and years and nobody I’ve seen has a problem with anybody. We all do our job, and we do not care what people do in their private lives. It’s none of our business. We’re there to do our job. It’s a theme park. It’s an entertainment company. There’s no problem with straight and gay people at Disney and there never has been.

Over the past few days, numerous social media posts have suggested a “silent majority” of Disney’s employees are unhappy with the company’s protest of the legislation.

Writer and filmmaker Christopher Rufo released an internal Disney video on social media in which Disney Television Animation executive producer Latoya Raveneau boasted about how she is inserting the “not-at-all-secret gay agenda” into children’s programming and “adding queerness” wherever she can — with Disney’s blessing, and how the company is “going hard” to be supportive.

Another segment from the internal video featured Disney Parks’ diversity and inclusion manager, Vivian Wareannouncing how the company has “removed all of the gendered greetings” like “ladies and gentlemen, boys and girls.”

“That is totally ridiculous,” the Orlando cast member said. “We hate that. We can not believe Chapek and D’Amaro would allow such a stupid idea. I do not know where these two executives get their ideas. ”

According to the veteran cast member, Disney should not be interjecting sexual issues into its park policies or shoving transgender characters into movies directed at children.

“Kindergarteners do not know anything about transgenders and sex, and they do not care,” he added, saying “a very small percentage of people in California have created this problem. They’re catering to a group of liberals in California. We’re not like that in Orlando. This is a Republican red state. Thank God we have Ron DeSantis to slap their hand. ”

Another thing the Orlando cast member said he finds ridiculous is something Disney instituted about a year ago. For some of the employee restrooms — located in an area he refers to as “the tunnels,” below the Magic Kingdom, where staff clock in and take lunch breaks — they took the urinals out of the men’s restrooms and took down the signs with the male figures and replaced them with gender neutral signs.

So far, he said they’ve only implemented the idea in the cast area. “They are not doing this in the guest area — yet,” he said. “I think guests would go ballistic.”

According to the Orlando Disney cast member, the current managers need to go. “We do not like them. I’m embarrassed to work at Disney World, ”he said.

He spoke of how Disney conducted an employee survey recently in which he “gently admitted” he was not happy. “But I can not tell them what I really think,” he said. “If they knew what I was telling you, I’d be fired.”

“They’re making cast members who have not been vaccinated to wear masks, but a lot of us wear them even if they are vaccinated,” the veteran Orlando cast member shared with some regret. “You know why? Because we’re miserable. We wear the masks because we do not want the guests to see our faces. We’re walking around pretending we’re happy but under that mask, we’re sad because we are ashamed to work for this company.

“I’ve been here for 35 years, and I only have a few years left before I can retire,” he said. “I’m trying to keep my sanity, but it’s very difficult.”

The Epoch Times has reached out to Disney for comment.

Patricia Tolson, an award-winning political columnist and investigative reporter with 20 years of experience, has worked for such news outlets as Yahoo !, US News, and The Tampa Free Press. With The Epoch Times, Patricia’s in-depth investigative coverage of elections, education, school boards, parents’ rights, and COVID-19 mandates has achieved international exposure. Send her your story ideas: [email protected]
Advertisement