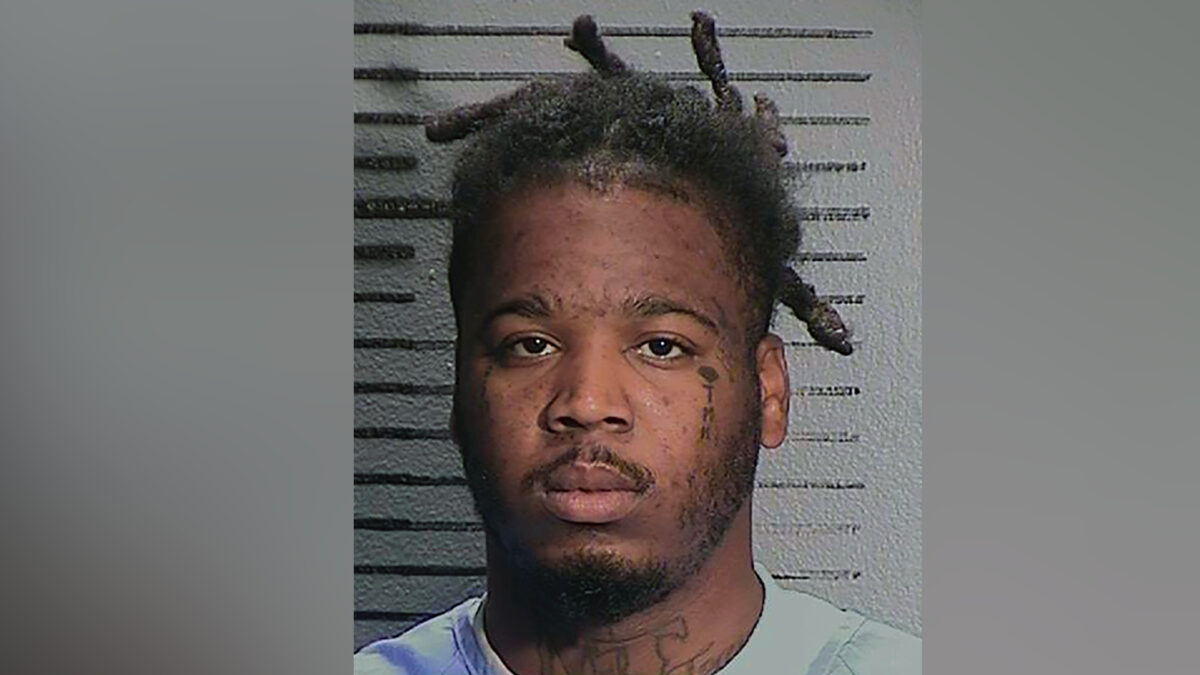 SACRAMENTO, Calif. — A suspect arrested in connection with last weekend’s mass shooting outside bars in Sacramento served less than half his 10-year sentence because of voter-approved changes to state law that lessened the punishment for his felony convictions and provided a chance for earlier release.

Smiley Allen Martin was freed in February after serving time for punching a girlfriend, dragging her from her home by her hair, and whipping her with a belt, according to court and prison records.

Those count as nonviolent offenses under California law, which considers only about two dozen crimes to be violent felonies — such as murder, rape, arson, and kidnapping.

Martin, 27, was arrested Tuesday on suspicion of possession of a firearm by a prohibited person and possession of a machine gun. He is among the 12 people wounded during Sunday’s shooting, which killed six others.

Police have said the violence was a shootout between rival gangs in which at least five people fired weapons, including Martin’s brother, Dandrae Martin, who was also arrested. No one has yet been charged with homicide in the shooting.

Smiley Martin typically would have stayed behind bars until at least May after serving a minimum of half his time for his previous arrest in 2017, but prison officials evidently used a very expansive approach to applying lockup time credits to his sentence, said Gregory Totten, chief executive officer of the California District Attorneys Association and a former Ventura County district attorney.

“They’ve been given very broad authority to early release folks and to give them additional credit and all kinds of considerations for purposes of reducing the length of sentence that somebody serves,” Totten said.

Corrections officials did not dispute that Martin was among thousands of inmates who received additional credits that sped up their releases under state law. But officials said their policy prohibits disclosing what prison time credits Martin received.

They cited credits through Proposition 57, the 2016 ballot measure that aimed to give most of the state’s felons a chance of earlier release. Credits were also broadly authorized in California to lower the prison population during the pandemic.

Proposition 57 credits include good behavior while behind bars, though corrections officials declined to release Martin’s disciplinary report. Good conduct credit is supposed to be reserved for inmates who follow all the rules and complete their assigned duties.

The state “has implemented various credit-earning opportunities to incentivize good behavior and program participation for incarcerated individuals, including those created in furtherance of Proposition 57 — which was overwhelmingly approved by voters,” state corrections spokesperson Vicky Waters said in a statement.

Supporters of the credits, including former Gov. Jerry Brown, who pushed for Proposition 57, has said it’s important to give inmates a second chance. The opportunity for earlier release encourages inmates to participate in education and other rehabilitative programs and helps reduce mass incarceration.

“The most recent reforms in California are seeking to change a culture that has been churning out recidivism problems for generations,” said Will Matthews, spokesman for the Californians for Safety and Justice group, which backed the changes. “The question we need to be asking ourselves is, how are we engaging in behavior change?”

Under Proposition 57, credits are granted for completing rehabilitative or educational programs, self-help and volunteer public service activities, earning a high school diploma or higher education degree and performing a heroic act. Officials added credits during the coronavirus pandemic, including 12 weeks of credit that applied to most inmates.

Martin was denied parole in May 2021 during California’s process for nonviolent offenders to get earlier parole, after a letter was sent from the Sacramento County District Attorney’s Office. Prosecutors said they objected to his parole based on his lengthy criminal record and asserted that Martin “clearly has little regard for human life and the law.”

Six months after he turned 18, Martin was caught in January 2013 with a rifle and two fully loaded 25-bullet magazines, prosecutors said. Months later, he pushed aside a Walmart clerk to steal computers worth $ 2,800, they said. In 2016, he was arrested as a parolee at large. And less than six months after that was the assault that sent him back to prison.

It’s not clear if Martin has an attorney who can comment on his behalf.

Martin pleaded no contest and was sent to prison on charges of corporal injury and assault likely to cause great bodily injury in January 2018 under a plea deal in which prosecutors dismissed charges of kidnapping — considered a violent felony — and intimidating a witness or victim.

The sentencing judge awarded Martin 508 days of credits for time he spent in Sacramento County jail before his conviction, based on a California law that allows judges to double the actual time in jail, which in Martin’s case was 254 days.

Martin also had “a variety of additional post-sentencing credits,” which corrections department spokesperson Dana Simas said were awarded for time served while awaiting transfer to state prison from county jail.

Before Proposition 57, he would have qualified for 20 percent “good time” credits — meaning he could reduce his time served by one-fifth — but corrections officials used their authority under the ballot measure to bump those to 50 percent. Pending regulations opposed by most of the state’s district attorneys would further increase good time credits to two-thirds of a sentence for such repeat offenders.

Sacramento Mayor Darrell Steinberg, a Democrat who formerly led the state Senate, was among those upset when he learned of Martin’s record.

“If people have a history of committing violent acts, and they have not shown a propensity or willingness to change, I do not think they should be out on the streets,” he said at an event where officials requested more than $ 3 billion from the state to expand crime prevention programs.

Republican state Sen. Jim Nielsen, who once headed the state parole board, said “good time” credits are generally awarded automatically, without inmates having to do anything to earn them.

“It gives them enormous opportunity to free up beds,” said Nielsen, an opponent of earlier releases.

The state has relied on such efforts, particularly its powers under Proposition 57, to keep the prison population below the level required by a panel of federal judges who ruled that inmate crowding had led to unconstitutionally poor conditions.

Martin was released to the supervision of the Sacramento County Probation Department in February. County probation officials would not provide the terms, saying their records are not public documents.

Without discussing Martin’s case, Karen Pank, executive director of the Chief Probation Officers of California association, said generally someone coming out of prison under the state’s Post Release Community Supervision program with an extensive and violent criminal history would likely have been treated on a “high -risk ”caseload.

That would subject the person to more intensive supervision, including a requirement to check in with a probation officer more frequently and in person, although individualized determinations on risks and needs would be made and treatment and services would continue to be offered.

Pank said if there is evidence of a felon in possession of a firearm, that can be grounds for a violation, which may result in time in jail. However, it’s unlikely anyone from law enforcement could have acted in time even if they had seen the video.

“The big if is would they have known about it,” said Totten. But in this case, “it did not matter — it was so close to the time” of the shooting.