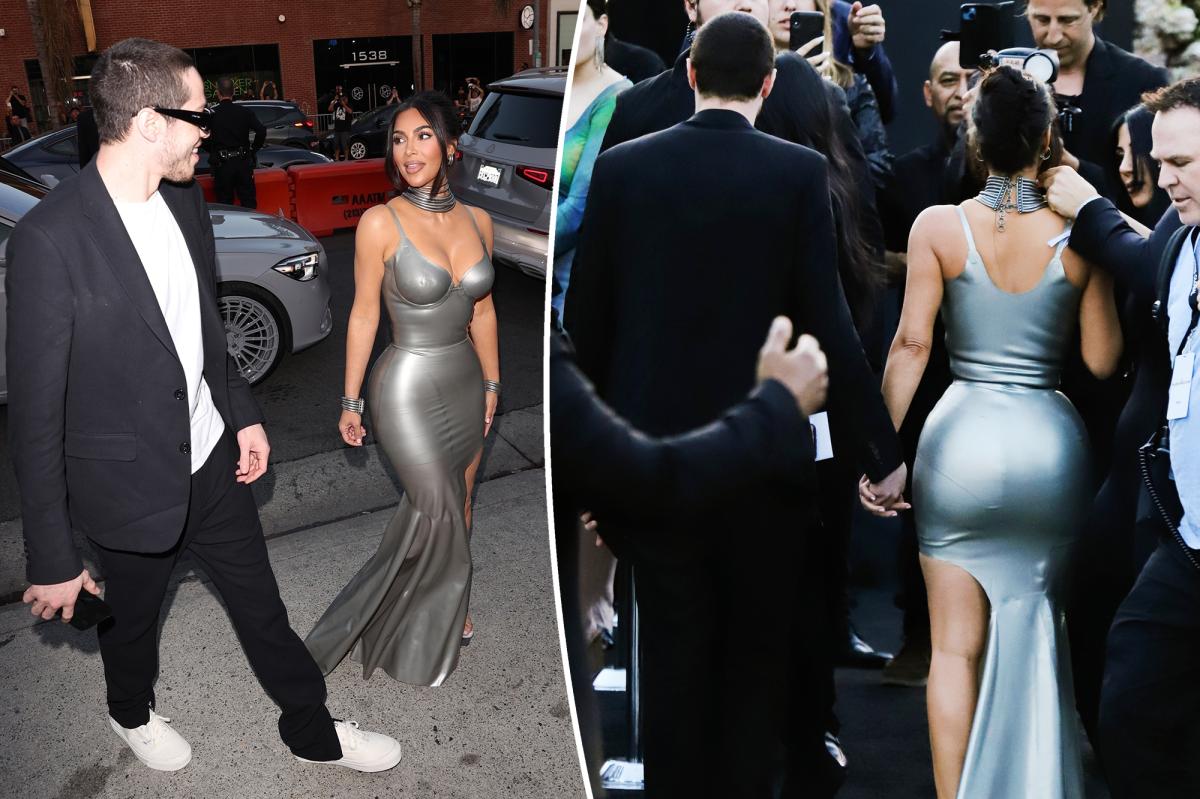 Pete Davidson supported girlfriend Kim Kardashian at the premiere of her new Hulu series, “The Kardashians.”

The couple arrived together Thursday and walked hand-in-and before the “Saturday Night Live” star dropped off to allow the Skims founder to walk the carpet at Goya Studios solo.

Despite going their separate ways for the official carpet, the pair didn’t try to hide their romance from the cameras.

Kardashian, 41, honored late designer Thierry Mugler by wearing one of his gowns and paired it with a matching choker necklace. Davidson, 28, wore white sneakers and a white T-shirt underneath a black suit.

The former “Keeping Up With the Kardashians” star revealed to Variety that the new series would explore her and Davidson’s relationship.

“I have not filmed with him,” Kardashian said when asked whether Davidson will appear, “and I’m not opposed to it. It’s just not what he does. But if there was an event happening and he was there, he wouldn’t tell the cameras to get away.”

Clearly, because he fully embraced them at her premiere!

She did, however, tease that fans will get more in the show’s second season — even though the first one has yet to be released.

“I think I might film something really exciting coming, but it wouldn’t be for this season,” she shared.

The soon-to-be rebranded KKW Beauty founder promised viewers will learn “how we met and who reached out to who and how it happened and all the details that everyone wants to know.

“I’m definitely open to talking,” she continued, “and I definitely explain it.”