Key lessons from the Ukraine conflict about conventional warfare 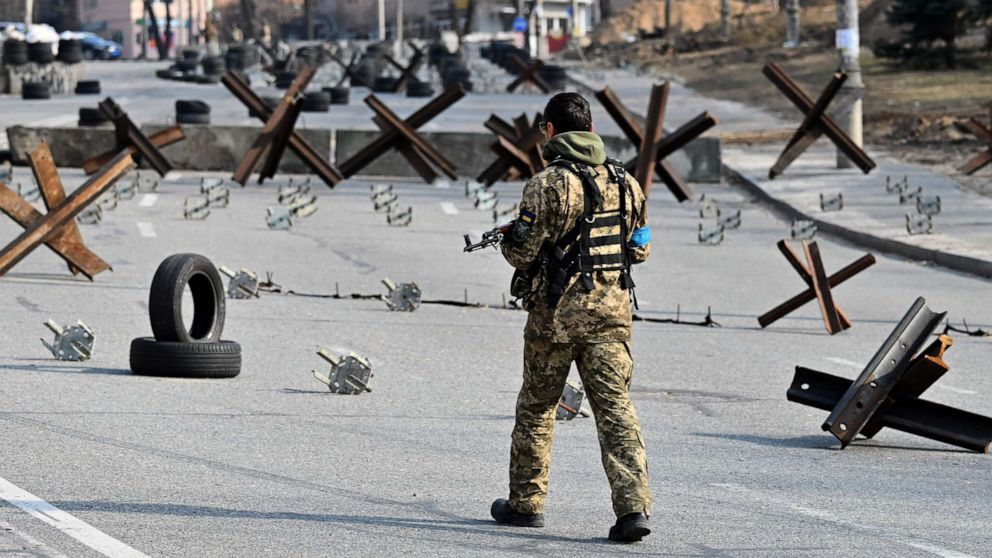 More than a month into Russia’s invasion, the Ukrainian military has fared better than many expected given its smaller size, budget and number of munitions compared to its adversary.

This week, Ukrainian forces reclaimed a town in the northeastern part of the country, while Russian ground forces have stalled around the capital, with some troops moving away from Kyiv and nearby Chernihiv, US officials said. Intelligence experts had initially anticipated that Russia would take Kyiv within days of its attack on Ukraine.

“They failed to take Kyiv, which we believe was a key objective,” Pentagon John Kirby told reporters this week. “Not only do they not manage to take Kyiv, they’ve not managed to take any population centers and the Ukrainians have been fighting back very hard.”

Among the factors shaping the “David and Goliath” conflict up to this point has been Ukraine’s “smart tactical use” of its anti-tank and anti-aircraft weapons, alongside poor planning on the part of Russia, according to retired Gen. Robert Abrams, an ABC News contributor and the former commander of US forces in Korea.

“‘They [Russia] have numerical superiority, that’s a fact. … They have an enormous missile inventory compared to Ukrainians,” he said. “That being said, what we overestimated though, is their … warfighting competence.”

Within days of its invasion, Russia was struggling with fuel and logistics supplies, and verified images and videos of destroyed Russian military vehicles and tanks circulated online.

In its latest casualty numbers, Russia’s general staff said late last week that 1,351 Russian soldiers have been killed so far, though NATO last week estimated that between 7,000 and 15,000 had died.

The West has worked quickly to send weaponry to Ukraine since the start of the invasion. The US and NATO supplied Ukraine with more than 17,000 anti-tank weapons, including Javelin missiles, in less than a week, the New York Times reported in early March.

The US has sent hundreds of millions of dollars worth of military aid into Ukraine, including anti-tank and anti-aircraft weapons such as the Javelin and Stinger systems, which can be fired by just one or two people. Other countries, including Germany and the UK, have provided similar weapons.

The shoulder-mounted Javelin in particular has become a symbol of Ukrainian resistance. Known as a “fire and forget” weapon, the Javelin uses an infrared guidance system to travel toward a target, allowing the gunner to fire and then immediately take cover. The missile system can destroy tanks and other armored vehicles. The shoulder-fired Stinger missiles target low-flying aircraft.

During a Congressional hearing Tuesday, Gen. Tod Wolters, the top US military commander in Europe, praised Ukraine’s military and their ability to stall Russian military operations throughout the country, especially through the weapons systems being provided by the US military.

“The Ukrainian armed forces show a very, very positive learning curve, and so I’m optimistic about being able to force additional stalling on behalf of the Russians,” he said.

The Javelin and Stinger, which have been used by the US military for over 30 years, are “very, very effective at what they’re intended to do,” Abrams said. A lone defender could help keep the attacking enemy at bay up to 2 miles away, and aircraft about 6 miles away, he said, showing the power of their range and precision.

With enough weapons, “a defender can keep a much larger enemy force that’s mounted in their armored vehicles and trucks, and can keep them at bay because they can’t ever get close enough to touch the defenders,” he said. “That’s really what the advantage is of using these systems.”

Anti-tank weapons aren’t always a guarantee of success, Abrams said, noting that the attacking force could use a strategy known as combined arms maneuver to defeat them. That might look like firing artillery in advance of armored columns, using smoke — an obscurant — to prevent the Ukrainian gunners from seeing the Russian targets and integrating helicopters, he said.

To Ukraine’s advantage, the Russians are not utilizing this strategy, according to Abrams.

“Frankly, they’ve made it much, much easier for the Ukrainian defenders with these weapon systems that are getting so much notoriety,” Abrams said.

At the same time, the Ukrainians have carefully chosen where to use these weapons systems “to maximum advantage” on their home turf, he said.

“What we’re seeing though is such poor tactics by the Russians, it has compounded the effects of the Ukrainian’s use of these anti-tank weapons systems,” Abrams said.

The Ukrainians are “putting up one heck of a fight,” he added. “They’re utilizing excellent tactics where they are maximizing the effect of their weapons system with the terrain. … I don’t want to minimize that. But the Russian army has been equally inept, and it’s been a tactical disaster.”

Russia’s military said last week that it had generally accomplished the “first stage of the operation” and reduced the Ukrainian forces “considerably,” and would focus on its” “top goal” — liberating the Donbas region. thousands of Ukraine’s military vehicles, including tanks, and hundreds of aircraft during its so-called military operation.

Amid pleas from Ukrainian President Volodymyr Zelenskyy for more weapons, one potential concern is supply. There is not an unlimited supply of anti-tank and anti-aircraft missiles, Abrams said.

Another “decisive factor” in Ukraine’s war-fighting competence has been training, Abrams said.

After Russia invaded Ukraine and annexed Crimea in 2014, military aid from the West has included helping Ukrainian soldiers improve their tactical fighting.

“Russia clearly has the numbers, they have the technological advantage, but we’re seeing the value of high-quality training, tough realistic training,” combined with “this very precise, exquisite capability for anti-tank and anti-aircraft weapons systems , Abrams said. “They are achieving success and they have denied Russia and their initial objectives in this war.”

Ukraine has also begun developing a noncommissioned officer corps — considered the backbone of the military, who have extensive education and are empowered to lead soldiers, the retired general said.

Russia, by contrast, has not made a commitment in noncommissioned officers, and instead is very centralized in who has the authority to give orders and has had several senior Russian army leaders reportedly killed in action, Abrams said.

“We’re seeing the benefits of this training, in this professional development, as it plays out on the battlefield,” Abrams said. “We’re seeing these small groups of Ukrainian soldiers seemingly outnumbered and outgunned achieving amazing success.”

“When you have the power of junior leaders and non-commissioned officers with the right equipment, and they have freedom of action to make decisions to seize the initiative when the initiative appears, to take the initiative and make those tough decisions without having to call someone – – that is often the difference between victory and defeat on the battlefield,” he said.