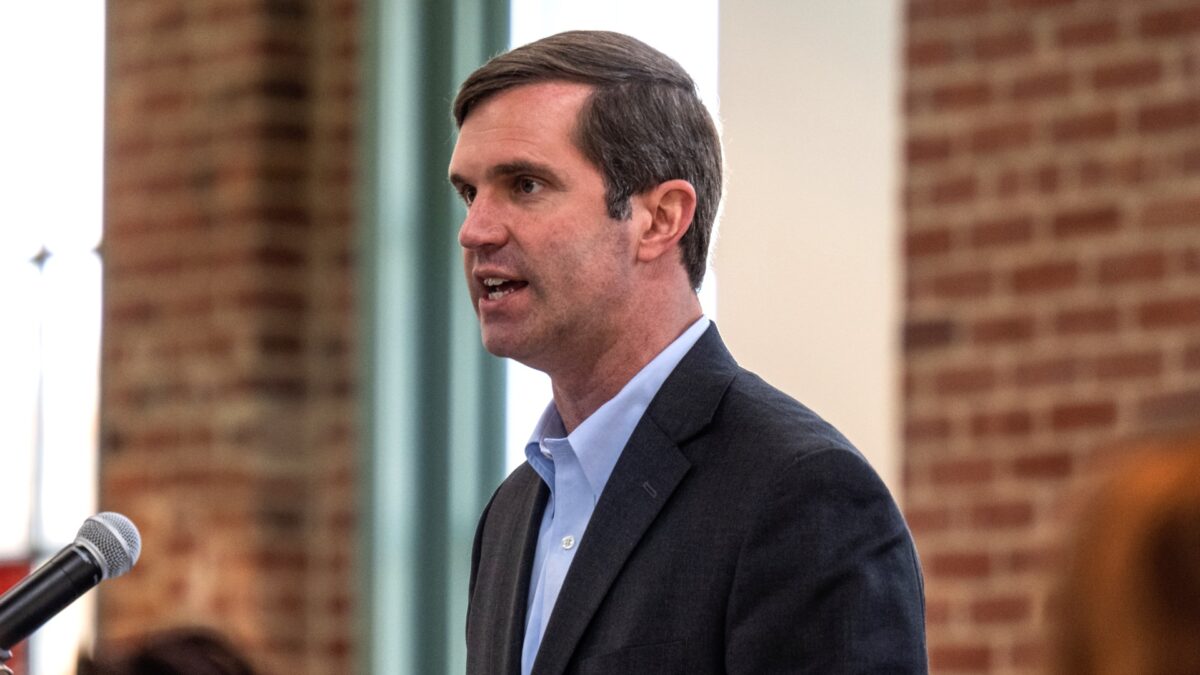 Kentucky Gov. Andy Beshear has vetoed a bill that would have banned abortions after 15 weeks of pregnancy.

The abortion ban has no exceptions for rape or incest. But it exempts in cases when the mother’s life is at stake, “or to avoid a serious risk of the substantial and irreversible impairment of a major bodily function of the pregnant woman.”

The legislation, House Bill 3, is modeled after a Mississippi law that also bans abortion after 15 weeks of pregnancy. The US Supreme Court is due to rule by the end of June on the law’s constitutionality.

Currently, abortions are banned in Kentucky after 20 weeks of pregnancy.

The Kentucky state legislature has the majority that can override Beshear’s veto.

The state Republican Party sharply criticized Beshear for the veto.

State GOP spokesman Sean Southard said on Friday the governor’s veto was “the latest action in his ideological war on the conservative values ​​held by Kentuckians.”

Beshear, in his veto message, cites the lack of rape and incest exceptions as one of the reasons for his veto.

He said the bill would make it harder for girls under 18 to end a pregnancy without notifying both parents.

“Under House Bill 3, a 12-year-old child that is raped and impregnated by her father would not have the option of a procedure without both the consent of her mother and without also notifying her rapist — her father – at least 48 hours prior to obtaining a procedure or by petitioning a circuit or district court for a hearing where this violated and hurt child would be judged as to her: credibility and demeanor as a witness; ability to accept responsibility; ability to assess both the current and future life-impacting consequences of, and alternatives to, the procedure; and ability to understand the medical risks of the procedure and to apply that understanding to her decision, ”Beshear wrote.

“Rape and incest are violent crimes. Victims of these crimes should have options, not be further scarred through a process that exposes them to more harm from their rapists or that treats them like offenders themselves, ”Beshear added.

He also said the legislation is “likely unconstitutional,” adding, “Similar statutes in Texas and Louisiana have been ruled unconstitutional by the United States Supreme Court.”

The bill requires that women must be examined in person by a doctor before being dispensed abortion pills. About half of abortions performed in Kentucky are the result of medication as opposed to surgery.

“Specifically, House Bill 3 requires physicians performing nonsurgical procedures to maintain hospital admitting privileges in geographical proximity to the location where the procedure is performed,” Beshear wrote in his veto letter. “The Supreme Court has ruled such unconstitutional requirements as it makes it impossible for women, including a child who is a victim of rape or incest, to obtain a procedure in certain areas of the state.”

Beshear also said the legislation would require additional resources to create an electronic database “to store and track a certification and complaint program, and establish additional public reporting requirements at an estimated initial cost of close to $ 1 million.” However, there have been no funds appropriated to provide for this, which would result in “underfunded essential programs.”

“An agency is under no obligation to carry out an unfunded mandate. In the absence of an appropriation, these unfunded statutes may not be implemented, ”the governor wrote.

Mimi Nguyen Ly is a reporter based in Australia covering world news with a focus on US news. Contact Mimi at mimi.nl@epochtimes.com
Advertisement