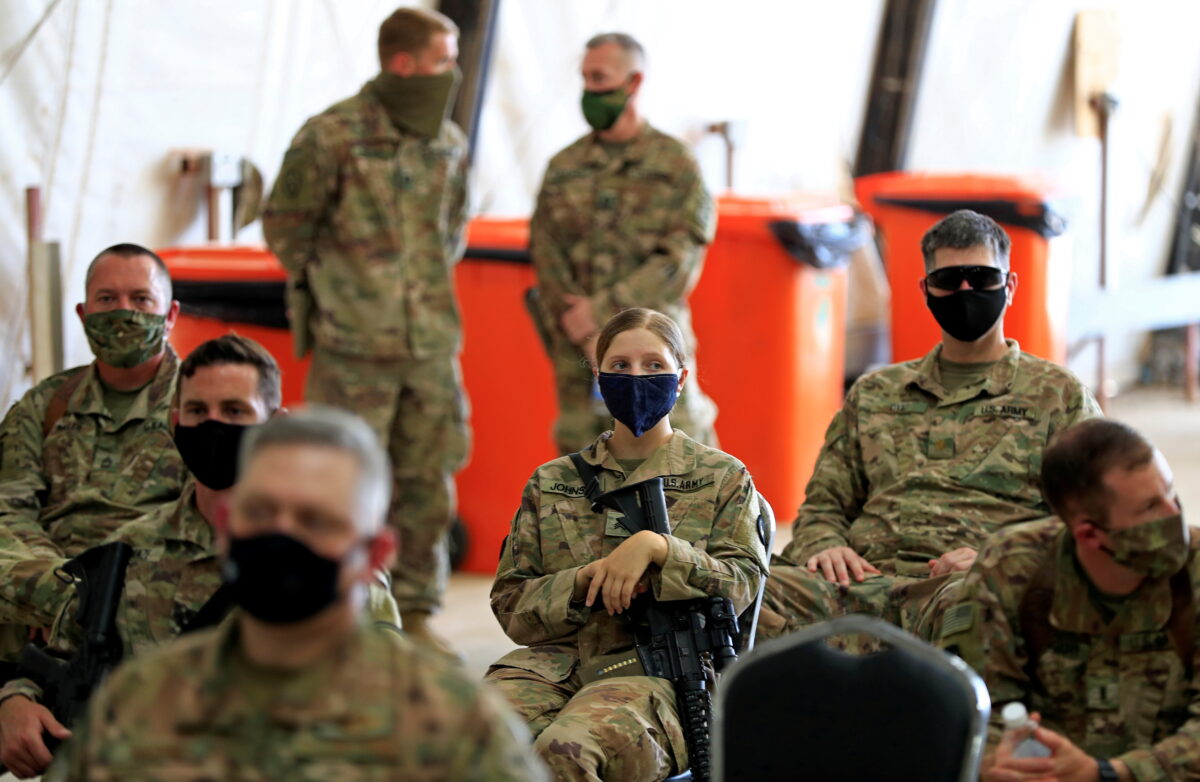 A federal judge on April 6 reversed longstanding policies that previously blocked HIV-positive military service members from becoming officers and deploying in active duty outside of the United States, in what proponents are calling a “groundbreaking ruling.”

The policy was put in place by the Department of Defense and prevented service members living with HIV — human immunodeficiency virus, which causes AIDS — from commissioning as officers and being deployed overseas, thus limiting their opportunity for career advancement.

However, District Judge Leonie Brinkema of the Eastern District of Virginia ruled in favor of three service members in two separate cases, which were first brought in 2018 by the LGBTQ civil rights group Lambda Legal on behalf of the service members.

The individual plaintiffs are service members living with HIV.

One of them, Sgt. Nick Harrison, is a member of the District of Columbia National Guard, who has served in the military since 2000 and was diagnosed with HIV after his second tour of duty in the Middle East in 2012.

Harrison claimed that he was denied the opportunity to serve as an officer and therefore could not take on a position in the Judge Advocate General’s Corps, for which he had been preselected, due to the fact that he is living with HIV.

Attorneys argued that the military’s current policy regarding HIV was not aligned with the scientific and medical advances in treatment for the virus, which “should have resulted in an overhaul of military policies related to people living with HIV,” according to Newsweek.

Judge Brinkema agreed with this outlook, writing in her two orders on April 6 that the Defense Department was “enjoined from separating or discharging” or denying the [commission] application of “the plaintiffs or” any other HIV-positive service member with an undetectable viral load. “

The ruling concerns service members who are diagnosed after they enter the military and whose viral loads are undetectable thanks to antiretroviral treatment.

It is not yet known if the Justice Department will appeal the ruling to the 4th U.S. Circuit Court of Appeals.

The plaintiffs in the second case are two active-duty airmen who go by the pseudonyms Richard Roe and Victor Voe in court documents, and who claim that the Air Force attempted to discharge them because they were unable to “deploy to the Central Command (CENTCOM ) area of ​​responsibility ”due to their diagnosis.

That case, Roe & Voe v. Esper, saw the U.S. Court of Appeals for the 4th Circuit in January 2020 uphold a lower court ruling which prevented the then-Trump administration from discharging members of the Air Force who were diagnosed with HIV.

Prior to the lawsuits, the Department of Defense was the only entity in the United States that still had in place such a policy, which attorneys said “legally permitted to discriminate against people living with HIV despite the existence of the Americans with Disabilities Act and the Rehabilitation Act. ”

Attorneys for the plaintiffs called Wednesday’s decision a “groundbreaking ruling.”

“After reviewing a record that included dozens of depositions, thousands of pages of documents, two Department of Defense reports to Congress, and expert testimony from four medical doctors and former military secretaries, the court ruled that the Pentagon’s policies regarding service members with HIV are not only outdated, but unlawful, arbitrary and capricious, and unconstitutional, ”said Scott Schoettes, one of the attorneys who represented Harrison.

“Recognizing that appropriately managed HIV is a chronic condition with little to no effect on a person’s overall health or daily activities and that merely being HIV-positive is no impediment to safely deploying and performing as a member of the US military, the court has issued one of the strongest judicial rulings in over two decades for people living with HIV, ” Schoettes said.

Meanwhile, Harrison told BuzzFeed News. that he was “very happy” with the ruling and moving forward with his military career.

“I guess that everyone else in the same position in the military is. We’ve been waiting on this for a long time, “he said, adding that” in the past few years, everything was sort of on hold. “

The Epoch Times has contacted the Defense Department for comment.