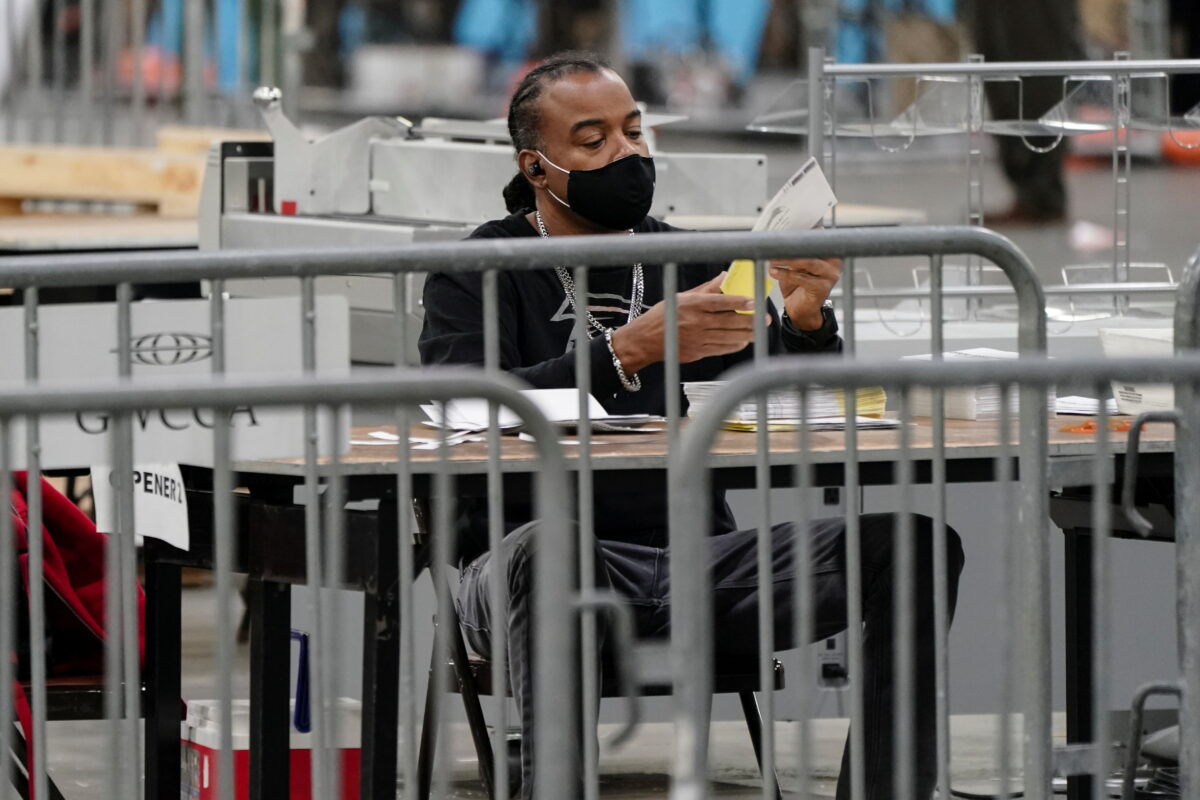 A Georgia judge ordered that Fulton County must preserve its 2020 election records indefinitely until further notice, handing a victory to a GOP gubernatorial candidate.

“The court finds it appropriate to include an additional layer of security by ordering that the records and information are maintained by the Clerk of Court indefinitely until further order of this Court,” wrote Judge Robert McBurney, of the Superior Court of Fulton County, on Thursday.

McBurney further wrote that the clerk of the Superior Court of Fulton County “is the current custodian of those records; she is statutorily obligated to maintain the records for at least two years (a period which extends to November 2022, if not beyond). ”

The lawsuit (pdf) was filed by former Sen. David Perdue (R-Ga.), Who lost a 2021 runoff election and is currently running as a Republican for governor in Georgia, late last year. Perdue had alleged that there were thousands of “illegally marked” mail-in ballots that were counted in Fulton County, which is part of the Atlanta metropolitan area.

“You can not look forward without learning from the past; that’s what I’ve been saying since November, ”Perdue said in a December 2021 interview. “Look, I’m not trying to relitigate the 2020 election, but what I am trying to do is find the people who broke the law and bring them to justice. That’s why I went to court in November. That’s why I’m going to court now. ”

According to Perdue’s lawsuit, which does not contest the election, he is seeking to inspect about 147,000 absentee ballots in Fulton County during the 2020 contest. The complaint was filed several days after he launched his gubernatorial campaign, running against Gov. Brian Kemp in the Republican primary.

“David Perdue wants to use his position and legal standing to shine light on what he knows were serious violations of Georgia law in the Fulton absentee ballot tabulation,” said Perdue’s attorney, Bob Cheeley.

Perdue also told local outlets that, in contrast to Kemp, he would not have certified the 2020 election. A spokesperson for Kemp’s office criticized Perdue after filing the lawsuit in late December.

“David Perdue is so concerned about election fraud that he waited a year to file a lawsuit that conveniently coincided with his disastrous campaign launch,” Kemp spokesman Cody Hall told Fox5 late last year. “Keep in mind that lawsuit after lawsuit regarding the 2020 election was dismissed in part because Perdue declined to be listed as a plaintiff.”

The Epoch Times has contacted Fulton County for comment.

When Persue’s suit was filed, Fulton County Board of Commission Chairman Robb Pitts told the candidate and former senator to “stay the hell out” of Fulton County’s election system

“Put up or shut up. They’ve gone to court, a number of courts rejected [their claims], ”Pitts told Fox. “Leave Fulton County alone. Stay the hell out of our politics. ”