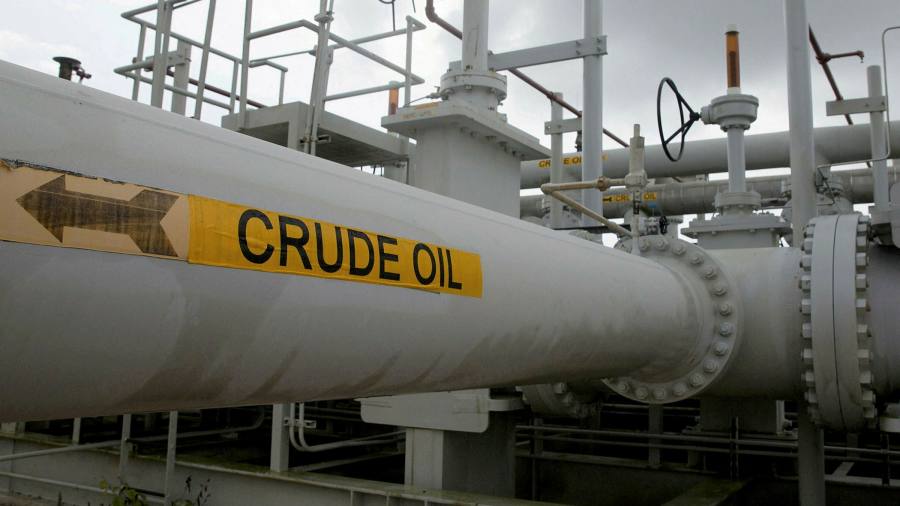 Joe Biden’s decision to unleash a torrent of crude from the emergency US reserve is a gamble that he can tame petrol prices in time for November’s midterm elections. But it is also an acknowledgment that American partners in the Gulf are not about to help him out.

The president on Thursday ordered the release of an “unpreceded” 180mn barrels of crude from the US strategic petroleum reserve in an attempt to offset supply disruptions triggered by Russia’s invasion of Ukraine and push down fuel prices for American motorists.

“This is a moment of consequence and peril for the world and pain at the pump for American families,” Biden said as he announced the release. “The bottom line is, if we want lower gas prices, we need to have more oil supply right now.”

They have brought the bazooka. But the question is, is it going to be sufficient?

Oil prices settled lower yesterday after the SPR announcement, with international benchmark Brent down 5 per cent to $108 a barrel but still almost twice the level a year ago. National average petrol prices sat at $4.23, according to the American Automobile Association, up roughly 50 per cent in the past year and just below record levels hit in recent weeks.

The US will release 1mn barrels a day from its reserve for the next 180 days, dwarfing the size of two previous releases Biden announced in November and early March.

But analysts say the SPR move could backfire, conveying panic to an already hot market and leaving the world’s largest emergency oil stockpile dangerously low at a time of mounting threats to supply.

At the same time, the release may be insufficient if supply losses from Russia, the world’s biggest petroleum exporter, end up being larger than the market expects. The International Energy Agency last month said as much as 3mn b/d could be shed from Russian output because of US sanctions and the reluctance of buyers to keep loading its crude.

An escalation of the war that triggers a European energy embargo, or American secondary sanctions on other Russian oil importers akin to those that affected Iranian oil from 2011 to 2015, could overwhelm even Biden’s “historic” SPR release, analysts said.

“They have brought the bazooka,” said Helima Croft, global head of commodity strategy at RBC Capital Markets, referring to the latest US move. “But the question is, is it going to be sufficient?”

“Enough of lavishing excessive profits on investors in payouts and buybacks when the American people are watching,” he said, casting producers that remain under pressure from Wall Street to return capital to shareholders.

He called on Congress to implement a “use it or lose it” policy that would see operators forfeit leases on federal lands if they opt not to drill on them. US output sits at about 11.6mn b/d, well below its pre-Covid highs of nearly 13m b/d.

Until extra production materialises later this year, according to Biden, the stock release will serve as a “wartime bridge” to help cool prices.

To replenish the SPR, the Department of Energy plans to buy back the crude released from the reserve. A person briefed on the administration’s thinking said it may do so at a price of $80 a barrel at some point in the future.

Counter-intuitively, although the SPR release announced this week is intended to drive short-term prices lower, analysts said the guarantee of repurchases should push up some futures prices, which are currently trading at steep discounts against oil contracts for delivery in the near term .

“This action certainly makes me more bullish on crude in 2023 and 2024,” said Dan Pickering, founder of Houston investment firm Pickering Energy Partners. “The government’s going to be out in the market, buying those barrels back. It’s adding supply in the near term, and creating demand in the future.”

The release is also a tacit admission by Washington that Saudi Arabia and the United Arab Emirates — longstanding US partners with spare production that could swiftly be raised to push down prices — remain reluctant to help Biden tame the oil price rally.

Relations between the two Gulf states and Washington have deteriorated since Biden entered the White House with a promise to make Saudi Arabia a “pariah state” after the murder of Jamal Khashoggi. The US has also not offered the kind of extended security partnership sought by the two Gulf states, said analysts in the region.

Are you personally affected by the War in Ukraine? We want to hear from you

Are you from Ukraine? Do you have friends and family in or from Ukraine whose lives have been upended? Or perhaps you’re doing something to help those individuals, such as fundraising or housing people in your own homes. We want to hear from you. Tell us via a short survey.

“They’re very upset by these ongoing attacks on their critical infrastructure,” said RBC’s Croft, a former CIA analyst, referring to recent missile and drone strikes by Yemen’s Houthi rebel group. “They are concerned about the United States trying to negotiate a narrow nuclear deal with Iran . , , They believe their security interests are exposed.”

Although the US provided some Patriot missiles to Riyadh last month, Croft wrote in a recent note that it was “hard to see” how Washington could sign a nuclear deal with Iran while also convincing Saudi Arabia to “jettison” its relationship with Russia, an Opec+ partner, in favor of providing “gas price relief” to Americans.

Analysts at JPMorgan said the SPR release highlighted a structural shortage in the market that would only be exacerbated by drawing down the emergency stockpile.

“We view today’s announcement of the largest SPR release in US history as the clearest indication yet that the future availability of production capacity is at risk owing to limited shale and OPEC+ spare capacity coupled with prevailing strong demand,” they wrote in a note.

The move would “only serve to squeeze global spare capacity further”, suggesting “upside” to price forecasts for Brent to average $125 a barrel in 2022 and $150/b in 2023, “even if relations with Russia normalize”.

Previous emergency SPR releases have followed major supply disruptions, including the invasion of Iraq in 1991, Hurricane Katina in 2005, and the Libyan civil war in 2011.

The limit of spare capacity in the US was thrown into sharp relief by Thursday’s announcement. According to IEA statutes, member states must hold reserves equivalent to at least 90 days of net oil imports. For the US, that translates to 315mn barrels, according to calculations by RBC Capital markets. Once the latest drawdown is complete, there will be 353mn barrels remaining in the SPR, resulting in a buffer of just 38mn barrels.

That leaves Biden with little room for manoeuvre should an escalation of the war in Ukraine lead to further market disruption — in the form of wider US sanctions or retaliation by Moscow — and remove even more Russian oil from the global market.

Pickering said the move smacked of “gamesmanship around the midterms”, and was the last time the government could “pull the SPR lever” without leaving the emergency stockpile dangerously low.

Any future efforts to shelter consumers from the oil spike would have to take the form of gasoline tax holidays or direct payments to buyers to offset petrol prices, he said, moves that might simply spur more demand.