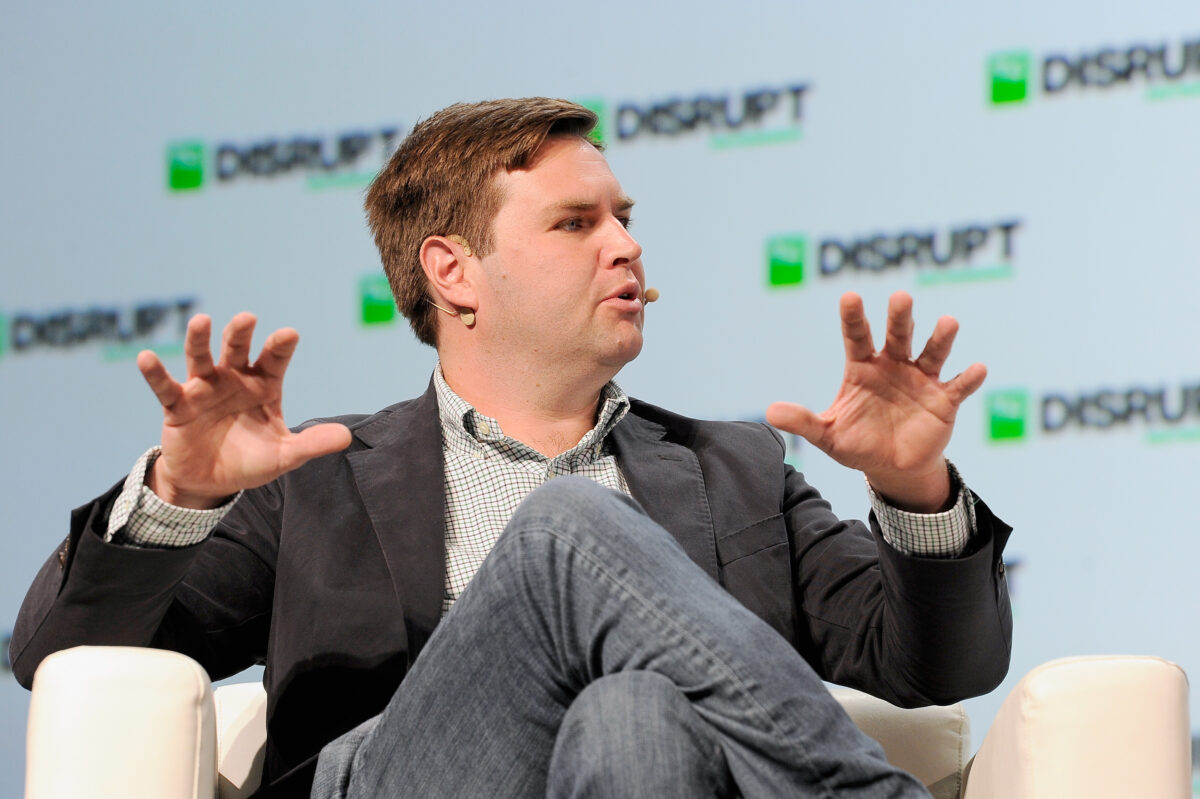 JD Vance, a candidate in Ohio’s GOP Senate primary next month, told The Epoch Times on Thursday that the United States’ funding of gender ideology around the world is a waste of money that weakens it on the global stage.

“Pushing the worst of American progressivism on the rest of the world — I do not want my tax dollars to go to that,” Vance said after speaking on a panel at an emergency foreign policy conference “Up from Chaos.”

A Marine Corps veteran who served in Iraq, Vance is the author of the memoir “Hillbilly Elegy.”

“I think a lot of countries look at the United States as the leader of the free world. They’re not going to look at us like that if we keep on pushing ridiculous notions of gender with the children, not just here, but everywhere else too, ”he told The Epoch Times.

Vance contrasted US diplomacy today with earlier efforts such as the Marshall Plan, which rebuilt Europe after World War II at a time when it was under direct threat from an expansionist Soviet Union.

Pushing gender ideology, he said, is “something you do when you think about diplomacy in purely moralistic instead of strategic terms.”

Sen. Rob Portman’s (R-Ohio) announcement that he will retire this year touched off a highly competitive GOP primary, which has pitted Vance against other Ohio Republicans, most of whom are seeking to position themselves as ideological heirs to Trump.

Vance has come under fire for past post on Twitter attacking Trump as “an idiot” and “reprehensible.” He has since publicly apologized for what he said.

“Like a lot of people, I criticized Trump back in 2016 and I ask folks not to judge me based on what I said in 2016, because I’ve been very open that I did say those critical things and I regret them, and I regret being wrong about the guy. I think he was a good president. I think he made a lot of good decisions for people, and I think he took a lot of flak, ”Vance said on Fox News in July 2021.

Trump has not yet endorsed a candidate in the state’s primary, which will occur on May 3.

Some at “Up from Chaos,” a gathering of conservative, paleoconservative, and libertarian thinkers who criticize the last two decades of US foreign policy, spoke in grudgingly positive terms about President Joe Biden’s performance on Ukraine, at least in comparison to more aggressive voices like Sen. Mitch McConnell (R-Ky.).

Read More
How Russia Is Using Conservatives to Spread Its Propaganda

“There’s one person near the levers of power whose rhetoric is bad, but who at least then says, ‘We’re not going to give them a no-fly zone,'” said Michael Anton, a Hillsdale College professor and former Trump administration officially known for the influential, pseudonymous “Flight 93” essay, which strongly endorsed Trump in 2016.

Vance was more critical of the president in his interview with The Epoch Times.

“It’s not just Biden — the entire administration has created this super ridiculous posture with Russia and Ukraine. It’s simultaneously very antagonistic and also very weak, ”he said, citing Biden’s recent comments in Poland that many perceived as advocating for regime change in Russia.

The United States has already provided significant funding for Ukraine in its struggle against Russia, including $ 13.6 billion in aid to Ukraine in the recent funding bill.

Most notably, in mid-March, the Biden administration committed the equivalent of $ 800 million in direct transfers of military equipment to Ukraine; 800 Stinger missiles, more than 20 million in rounds and ammunition, and many other kinds of equipment have been pledged to the eastern European country.

“I think it’s excessive in light of the fact that we have not spent nearly enough resources to solve our own problems, like the southern border crisis,” Vance said.

Those challenges for everyday Americans include inflation, which was close to 8 percent in February.

Rob Kapito, president of the world’s largest asset manager, BlackRock, recently said that inflation would punish Millennials, who he described as a “very entitled generation that has never had to sacrifice.”

Born in 1984, Vance grew up poor in southern Ohio, where family instability led him to be raised by his grandparents.

“The statistics tell you kids like me face a grim future — that if they’re lucky, they’ll manage to avoid welfare; and if they’re unlucky, they’ll die of a heroin overdose, as happened to dozens in my small hometown just last year, “Vance wrote in” Hillbilly Elegy. “

“I think a lot of these guys are revealing their hands a little bit,” Vance told The Epoch Times in response to the remarks from BlackRock’s Kapito.

“What they’re basically doing is promising their fellow citizens that they will become poorer and more destitute, and then when the citizens complain about it, they get lectured,” he said.

The Epoch Times has reached out to BlackRock for comment.

Why is being overweight a major health problem?...