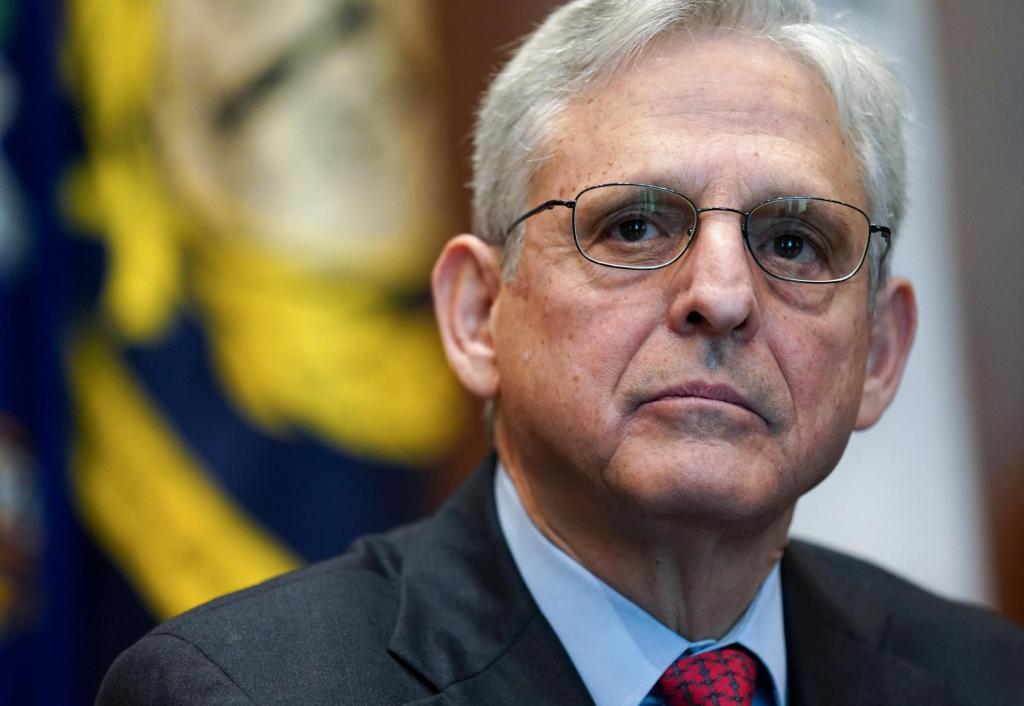 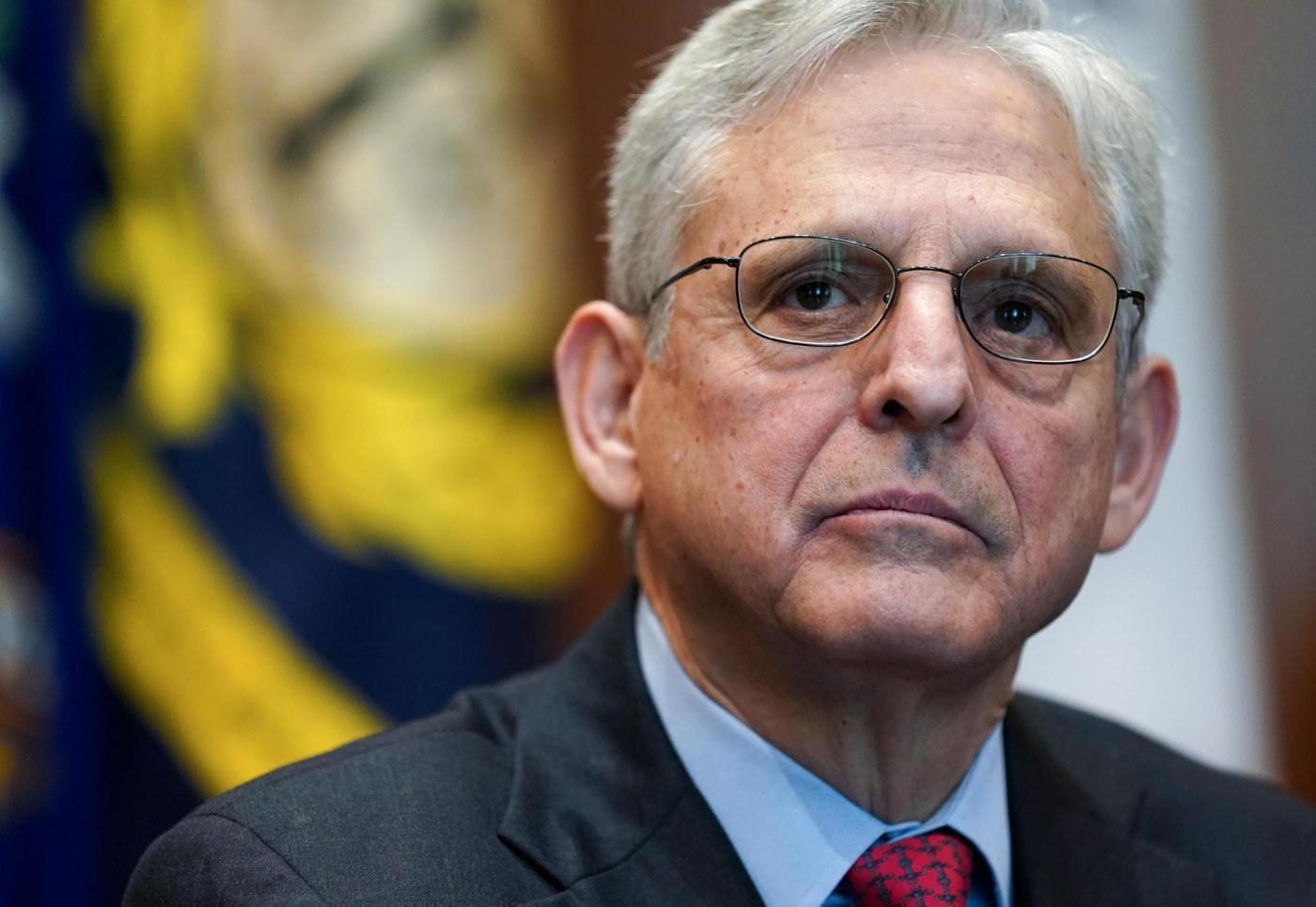 WASHINGTON – Lawmakers investigating the Jan. 6 attack on the Capitol are increasingly going public with critical statements, court filings and more to deliver a blunt message to Attorney General Merrick Garland and the Department of Justice.

President Donald Trump and his allies likely committed crimes, they say. And it’s up to you to do something about it.

“Attorney General Garland, do your job so we can do ours,” prodded Rep. Elaine Luria of Virginia.

“We are upholding our responsibility. The Department of Justice must do the same, ”echoed Rep. Adam Schiff, D-Calif.

Their rhetoric, focused this week on two contempt of Congress referrals approved by the committee, is just the latest example of the pressure campaign the lawmakers are waging. It reflects a stark reality: While they can investigate Jan. 6 and issue subpoenas to gather information, only the Justice Department can bring criminal charges.

Committee members see the case they are building against Trump and his allies as a once-in-a-generation circumstance. If it’s not fully prosecuted, they say, it could set a dangerous precedent that threatens the foundations of American democracy.

The lawmakers seem nearly certain to send a criminal referral to the Justice Department once their work is through.

It all puts Garland, who has spent his tenure trying to shield the Justice Department from political pressure, in a precarious spot. Any criminal charges related to Jan. 6 would trigger a firestorm, thrusting prosecutors back into the partisan crossfire that proved so damaging during the Trump-Russia influence investigation and an email probe of Hillary Clinton.

Garland has given no public indication as to whether prosecutors might be considering a case against the former president. He has, though, vowed to hold accountable “all January 6th perpetrators, at any level” and has said that would include those who were “present that day or were otherwise criminally responsible for the assault on our democracy.”

It’s already the largest criminal prosecution in the department’s history – for rioters who entered the Capitol building on Jan. 6 as well as members of extremist groups who are accused of planning the attack. More than 750 people have been charged with federal crimes. Over 220 riot defendants have pleaded guilty, more than 100 have been sentenced and at least 90 others have trial dates.

Parts of the department’s investigation have overlapped with the committee’s. One example is in late January when Justice announced it had opened a probe into a fake slate of electors who falsely tried to declare Trump the winner of the 2020 election in seven swing states that Joe Biden won. Three days later, lawmakers subpoenaed more than a dozen people involved in the effort.

But the Jan. 6 committee wants more. Their message was amplified this week when a federal judge in California – District Judge David Carter, a Bill Clinton appointee – wrote that it is “more likely than not” that Trump himself committed crimes in his attempt to stop the certification of the 2020 election.

The practical effect of that ruling was to order the release of more than 100 emails from Trump adviser John Eastman to the Jan. 6 Committee. But lawmakers zeroed in on a particular passage in the judge’s opinion that characterized Jan. 6 as a “coup.”

“Dr. Eastman and President Trump launched a campaign to overturn a democratic election, an action unprecedented in American history. Their campaign was not confined to the ivory tower – it was a coup in search of a legal theory, ”Carter wrote.

But experts caution that Carter’s opinion was only in a civil case and does not meet the longstanding charging policy the Justice Department is required to meet. Justin Danilewitz, a Philadelphia-based attorney and former federal prosecutor, noted the department faces a higher burden of proof in court to show that presidential immunity should not apply. And he said the legal advice Trump received from Eastman “undermines an inference of corrupt or deceitful intent.”

The department will be guided by the evidence and law, he said, “but the social and political ramifications of a decision of this kind will not be far from the minds of Attorney General Garland and his staff.”

“A decision to bring or not bring criminal charges will have significant ripple effects,” he added.

Taylor Budowich, a Trump spokesperson, called the judge’s ruling an “absurd and baseless ruling by a Clinton-appointed Judge in California.” He called the House committee’s investigation a “circus of partisanship.”

Another point of friction with the Justice Department is the effort to enforce subpoenas through contempt of Congress charges.

“The Department of Justice is entrusted with defending our Constitution,” Rep. Liz Cheney, the Republican committee chair, said at a hearing this week. “Department leadership should not apply any doctrine of immunity that might block Congress from fully uncovering and addressing the causes of the January 6 attack.”

A decision to pursue the contempt charges against Meadows would have to come from career prosecutors in the U.S. attorney’s office in Washington before senior Justice Department officials would weigh in and decide how to proceed.

Bringing a case against Meadows would be more challenging for prosecutors than the case against Bannon, in large part because Bannon was not a White House official during the insurrection.

The Justice Department has long maintained that senior aides generally cannot be forced to testify if a president invokes executive privilege, as Trump has done. And bringing charges could risk undermining the longstanding principle that lets the executive branch of government keep most discussions private.

While the majority of committee members have turned up the pressure on Garland, one member, Democratic Rep. Jamie Raskin of Maryland, has not gone as far.

“I feel strongly that we are restoring the tradition of respect for the independence of the law enforcement function,” Raskin told reporters this week. “That was one of the things that got trashed during the Trump period. And so I think that Congress and the president should let the Department of Justice and attorney general do their job. ”