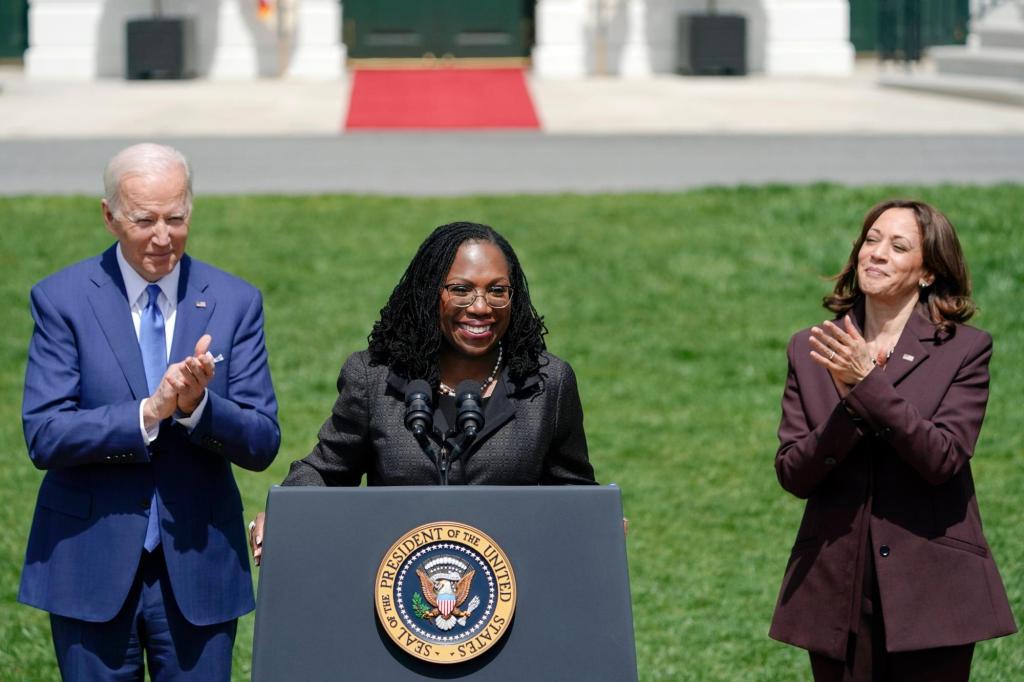 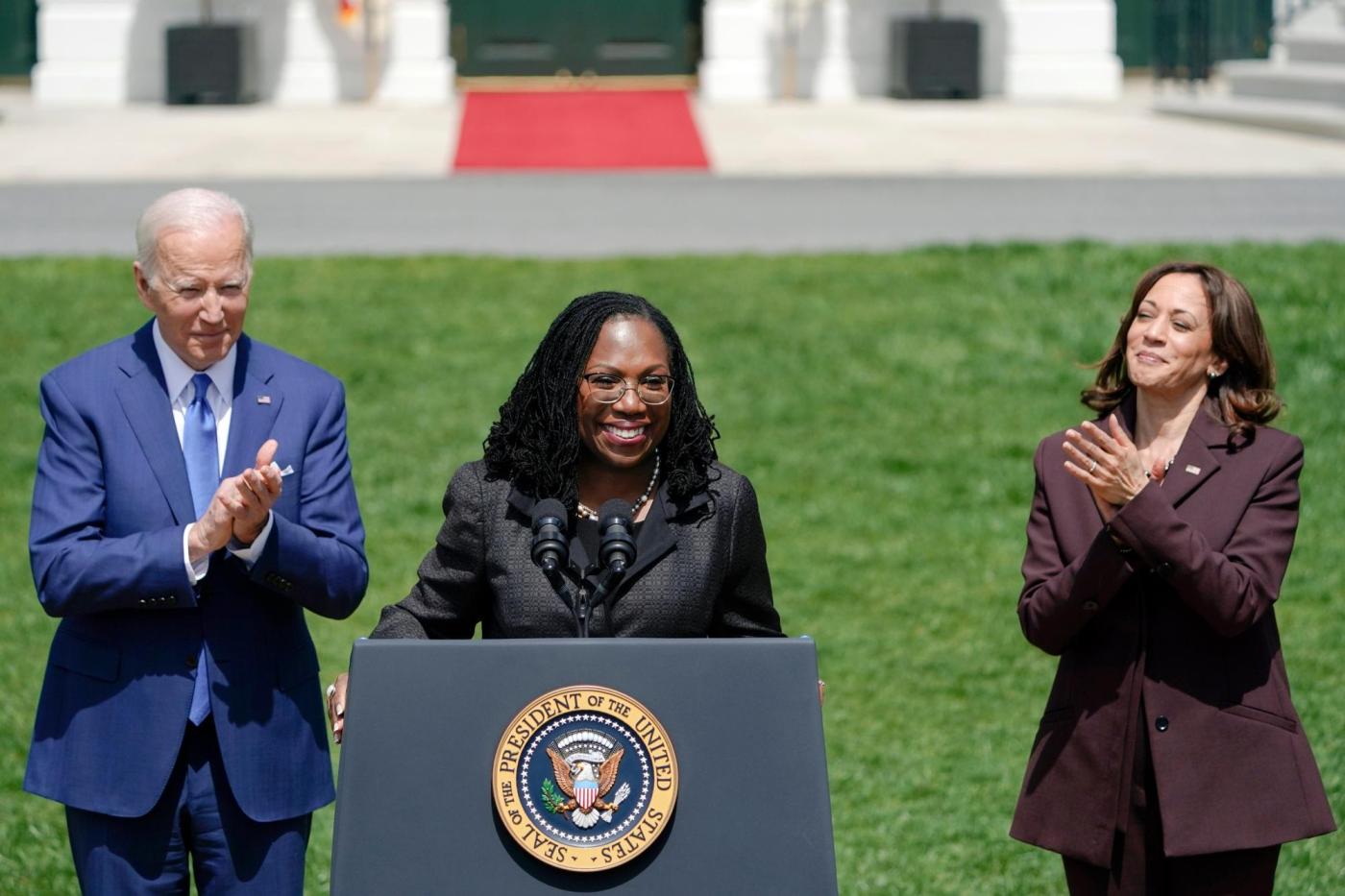 “In my family, it took just one generation to go from segregation to the Supreme Court of the United States.”

With those words, Judge Ketanji Brown Jackson acknowledged both the struggles and progress of Black Americans in her lifetime.

Her words, delivered from the South Lawn of the White House on Friday, one day after her historic Senate confirmation, were a tribute to generations of Black Americans who she said paved the way for her elevation to the nation’s highest court.

“I have now achieved something far beyond anything my grandparents could have possibly ever imagined,” Jackson said, noting they had gained only grade school educations before starting their family and later sending their children to racially segregated schools.

“The path was clear for me, so that I might rise to this occasion,” she said. “And in the poetic words of Dr. Maya Angelou, I do so now. ”

Quoting Angelou’s famous poem, “And Still I Rise,” Jackson added: “I am the dream and the hope of the slave.”

Nina Turner, a former Ohio state senator who was a prominent surrogate for Sen. Bernie Sanders’ 2020 Democratic presidential campaign, said Jackson’s speech was an awe-inspiring reminder of how far Black Americans have come amid their ongoing struggle.

“Expressing that realization out loud for all of the world to hear, as she is about to take her place as the first Black woman Supreme Court justice, was just magnificent,” said Turner.

“It is vitally important that we, as Black people, continue to remind this nation from whence we came,” she said. “The pain it took to get to a ‘Justice Ketanji Brown Jackson’ could not be understated.”

Jackson, a judge on the U.S. Court of Appeals for the District of Columbia Circuit, said she has been lucky on her path to the high court. Although her arrival breaks one of the remaining racial barriers in American democracy, many Black Americans still struggle to surmount systemic blocks.

She namechecked the Rev. Martin Luther King Jr., the civil rights icon, as well as Black federal judicial trailblazers such as Justice Thurgood Marshall and Judge Constance Baker Motley, thanking them for their leadership and role modeling.

“For all of the talk of this historic nomination and now confirmation, I think of them as the true path breakers,” Jackson said. “I’m just the very lucky first inheritor of the dream of liberty and justice for all.”

Melanie L. Campbell, president and CEO of the National Coalition on Black Civic Participation and convener of the Black Women’s Roundtable, watched Jackson’s speech from the White House lawn as an invited guest on Friday. With the sun shining through clouds over Washington, there was a palpable joy in the crowd over what Jackson symbolizes for the country, she said.

“I can see myself, in now-Justice Ketanji Brown Jackson,” Campbell added. “(Jackson) understands the significance of this moment for Black women, for women, for the nation. And it is a game changer. ”

Others watching the speech also noted the diversity at the event and the image at the center – President Joe Biden flanked by the first Black female Supreme Court justice and the first Black and Asian American vice president.

Just before Vice President Kamala Harris introduced the president, she gushed over what Jackson’s confirmation will one day mean to her young, Black goddaughter.

“When I presided over the Senate confirmation vote yesterday, while I was sitting there, I drafted a note to my goddaughter,” Harris said. “I told her that I felt such a deep sense of pride and joy about what this moment means for our nation and for her future.”

Speaking directly to Jackson, Harris added: “And I will tell you, her braids are just a little longer than yours.”

Although the occasion will be noted in history books as a symbol of racial progress, Turner said Jackson’s elevation to the Supreme Court should be celebrated by Americans of all races and creeds.

“Not only should the entire Black community be proud, the entire country should be proud because this has certainly been a long time coming,” she said. “And from this victory, we certainly have an opportunity to continue to build and create more victories. We are not done yet. ”