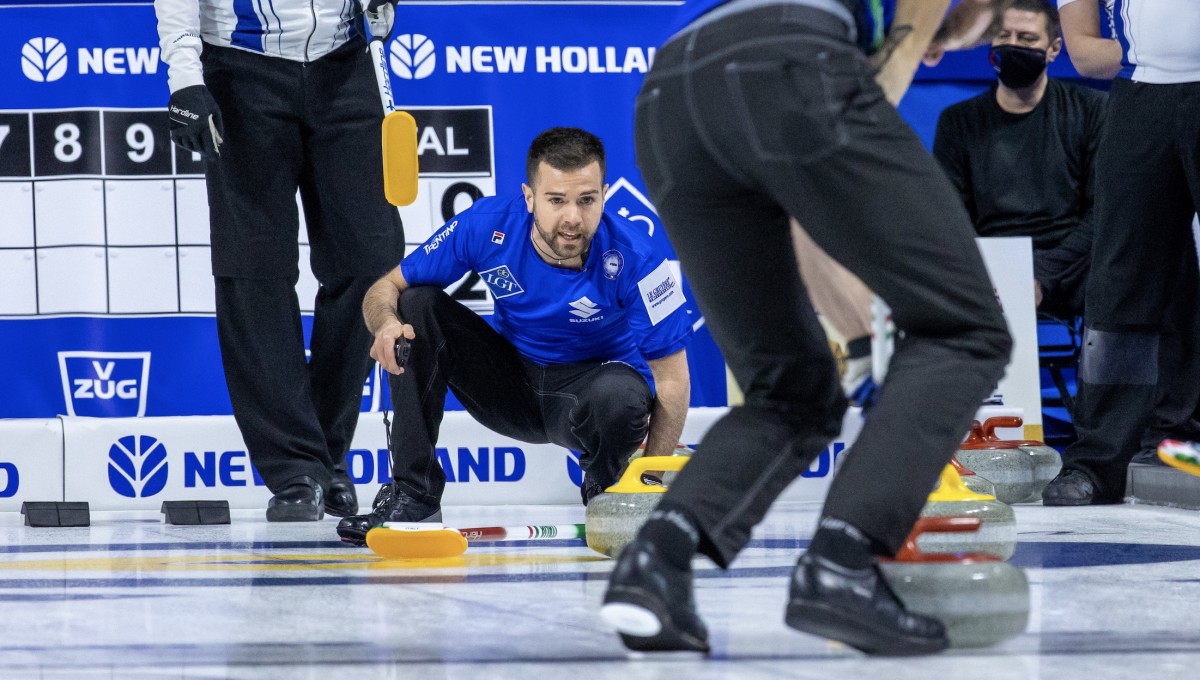 The Italians won two critical games—one via forfeit and another after having a player ejected—on a ludicrous day at the world championships in Las Vegas.

First, the Italians logged a “W” over Switzerland’s “L” when the Swiss ran out of time on their time clock. Under World Curling Federation rules, this time violation results in an immediate forfeit.

Swiss skip Yannick Schwaller was down 5-3 playing the 10th end and had little chance to tie the game when his team’s time clock expired.

His brush head popped off on impact and flew across the adjacent sheet, landing in front of USA skip Korey Dropkin at the precise moment he was delivering a key draw against three Swedish counters in the ninth end.

Dropkin kept cool despite the distraction, and made the shot to score his single point. An apologetic Gonin crossed the USA-Sweden sheet of ice to retrieve the brush head.

Gonin was then ejected from the game by the head umpire, in accordance with rule C10 (g). The rule allows the ejection of an athlete, coach or team official from a game for “what is considered to be unacceptable conduct or language.”

Gonin should be back with the team when Italy takes on Norway and USA in Friday’s round-robin finale. Italy, USA, Scotland and Switzerland are all tied for the third playoff berth at 6-4.