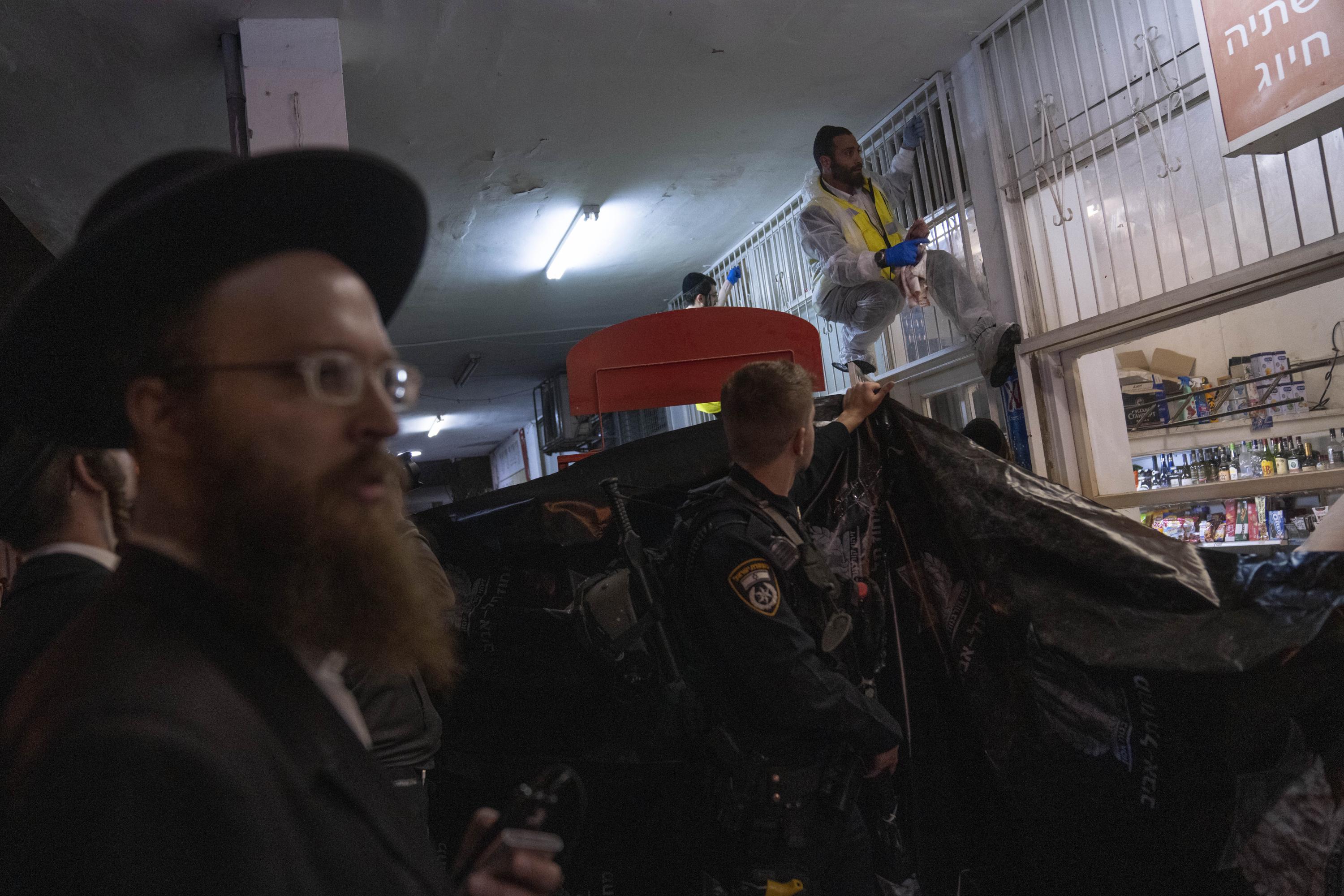 Police identified the shooter as Diaa Hamarsheh, 27, from the Israeli-occupied West Bank village of Yabad. Police shot and killed him late Tuesday, putting an end to the shooting rampage.

In a statement, the military said the suspects were being questioned. The Palestinian Prisoner’s Club, a group that represents current and former Palestinian prisoners, said those arrested were Hamarsheh’s relatives.

The incident Tuesday was the third attack of its kind ahead of the Muslim holy month of Ramadan. The previous two attacks, carried out by Palestinian citizens of Israel who were inspired by the Islamic State extremist group, have raised concerns of a new round of violence ahead of a sensitive period where three major Muslim, Jewish and Christian holidays converge.

Israel ramped up its security presence both in Israeli cities as well as around the West Bank in a bid to snuff out any further violence. Prime Minister Naftali Bennett was set to hold a meeting of his Security Cabinet later Wednesday, after convening his top security officials shortly after Tuesday’s attack.

“We are dealing with a new wave of terror,” Bennett said in a statement. “As in other waves, we will prevail.”

Israel in recent weeks has been taking steps aimed at calming tensions and avoiding a repeat of last year, when clashes between Israeli police and Palestinian demonstrators in Jerusalem boiled over into an 11-day war between Israel and Hamas. It planned to ease a series of restrictions against Palestinians in the West Bank and Gaza and held talks with Jordanian King Abdullah II, who also made a rare visit to the West Bank this week, to try to ensure calm during what was expected to be a tense period.

But the new wave of violence is greatly complicating those efforts.

Tuesday’s shootings occurred at two locations in Bnei Brak, an ultra-Orthodox city just east of Tel Aviv. Police said a preliminary investigation found the gunman was armed with an assault rifle and opened fire on passersby before he was shot by officers at the scene.

Authorities said five people were killed. Police said one of the victims was a police officer who arrived at the scene and engaged the shooter. Two other victims were foreign citizens from Ukraine, police said. It wasn’t immediately clear whether the Ukrainians had arrived before or after the war with Russia began.

In the West Bank, Palestinian President Mahmoud Abbas condemned the attack, saying the killing of Israeli or Palestinian civilians “only leads to further deterioration of the situation and instability, which we all strive to achieve, especially as we are approaching the holy month of Ramadan and Christian and Jewish holidays.”

He said the violence “confirms that permanent, comprehensive and just peace is the shortest way to provide security and stability for the Palestinian and Israeli peoples.”

On Sunday, a pair of gunmen killed two young police officers during a shooting in the central city of Hadera, and last week, a lone assailant killed four people in a car ramming and stabbing attack in the southern city of Beersheba.

Earlier on Tuesday, Israeli security services raided the homes of at least 12 Arab citizens and arrested two suspected of having ties to the Islamic State group in a crackdown sparked by recent deadly attacks.

Law enforcement officials said 31 homes and sites were searched overnight in northern Israel, an area that was home to the gunmen who carried out the Hadera attack.

The Islamic State group has claimed responsibility for the two previous attacks.

All of the attacks have come just ahead of Ramadan, which begins later this week and as Israel hosted a high-profile meeting this week between the foreign ministers of four Arab nations and the United States.

All four Arab nations — Egypt, Morocco, Bahrain and the United Arab Emirates — along with the United States, condemned the killings.