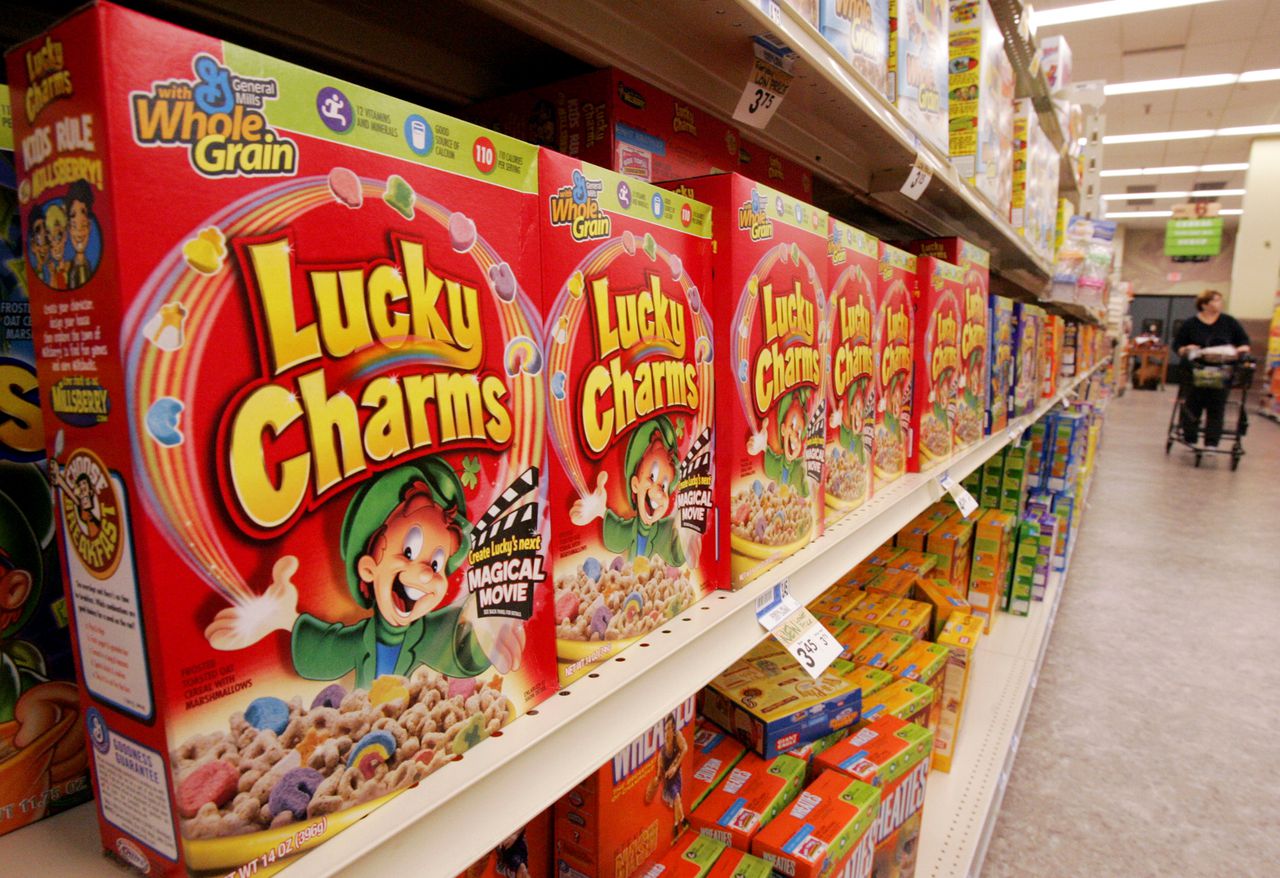 More than 1,300 people have illnesses to a website that tracks foodborne Lucky Charms cereal with the candy-like marshmallows has made them sick.

The high number of reports prompted the FDA to launch an investigation, according to the website: Iwaspoisoned.com.

Earlier this month, when more than 600 reports had come in, the founder of the website Patrick Quade said it was an unprecedented level of complaints for a single consumer product, according to Consumer Reports. As media coverage has grown, so have the number of reports to the website.

Reports continue to flow into the site daily, with customers reporting similar symptoms of vomiting, diarrhea, gas and cramps soon after eating their favorite bowl of cereal. Some people noted the symptoms stopped in subsequent days if they stopped eating the cereal and others noted they had gotten sick while eating Lucky Charms while other members of their households did not get sick when eating other General Mills cereals.

The reports have not been independently confirmed. But the website has a history of correctly identifying problems in the food supply before health officials, including outbreaks: at a Chipotle Mexican Grill in Simi Valley, Calif., in 2015; an Applebee’s in Michigan in 2016; a Melting Pot in Tacoma, Wash., in 2017; and a Jimmy John’s in Wisconsin in 2017.

The website has a note on its homepage about the cereal issue, noting the trend began in late 2021.

“We recommend anyone who fell ill after eating Lucky Charms, to report it, and to keep left over product for testing,” the website said. “We will communicate procedures for testing to everyone who reports their case.”

An FDA officials told Consumer Reports it could initiate inspections of potentially affected facilities, collect product samples, and contact people who’ve been sickened. But the agency declined to confirm whether any of those specific actions had yet been taken.

The FDA has its own reporting system, which had received just three reports related to Lucky Charms and only one that was similar to the kind of reports that the third-party website was getting, according to Food and Wine magazine.

“Food safety is our top priority. We take the consumer concerns reported via a third-party website very seriously,” Andrea Williamson, a General Mills spokesperson told Food & Wine, “After a thorough internal investigation, we have not found any evidence that these complaints are attributed to our products. We encourage consumers to please share any concerns directly with General Mills to ensure they can be appropriately addressed.”

The iwaspoisoned.com website says its mission is to help protect the public from foodborne illnesses that sicken 1 in 6 Americans each year.

“Large outbreaks can be fatal and each year these illnesses result in an estimated 128,000 hospitalizations and 3,000 deaths,” the website said. “Your report makes a difference.”

More Americans do not support Will Smith slapping Chris Rock at the Oscars, new poll suggests