IPL 2022: MI’s Tilak Varma announces himself on the big stage 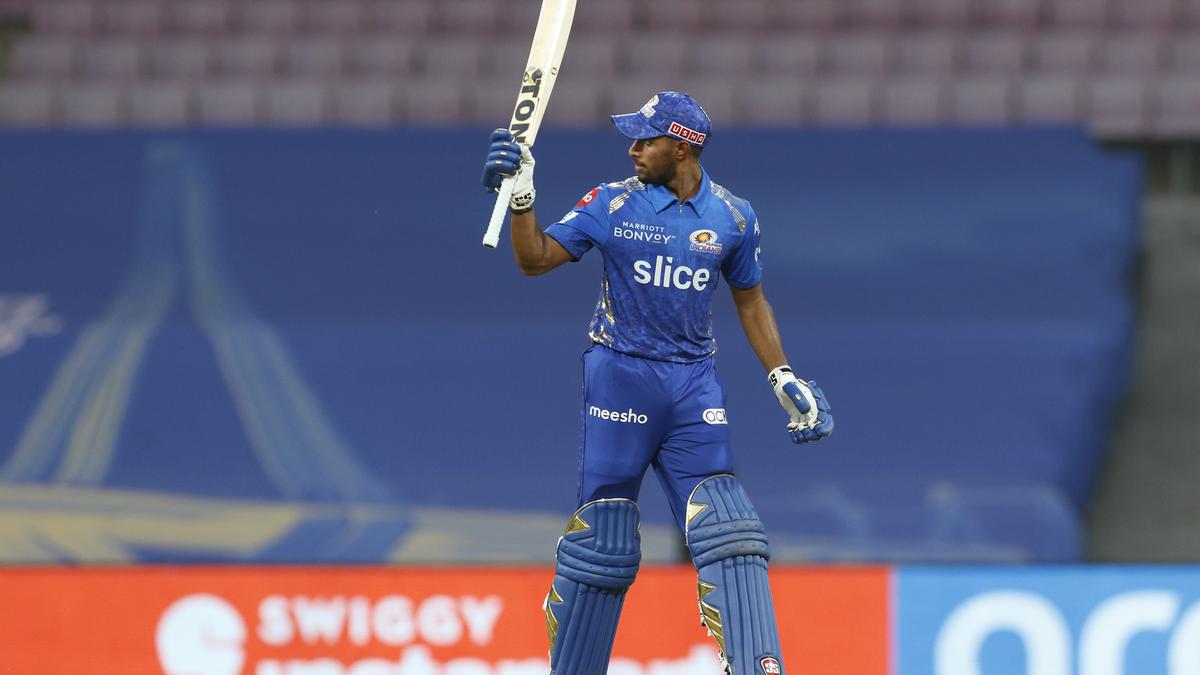 Tilak Varma had featured in just four first-class, 15 List A and 15 T20s for Hyderabad before making it to the Mumbai Indians squad ahead of this year’s Indian Premier League. But the youngster batted with elan against Rajasthan Royals on Saturday, smashing a 33-ball-61 in his second match of the league at the DY Patil Stadium.

Thus, he became the youngest player to score a half-century for the Mumbai Indians, at 19 years and 145 days. He was eventually cleaned up trying to sweep R. Ashwin, but not before he had struck three fours and five sixes. While his fine innings earned him a standing ovation from the Mumbai Indians dugout, Tilak dedicated his innings to his coach Salam Bayash and his parents.

“Had my coach and parents not backed me, I wouldn’t have come so far. I dedicate this innings to all of them. They really worked hard,” Tilak said after the game.

Before being part of the Indian team for the U-19 World Cup in 2020, Tilak made his Ranji Trophy debut for Hyderabad against Andhra three years ago. In the 2021-22 domestic season, he top-scored for Hyderabad with 180 runs in five matches in the Vijay Hazare Trophy. He was also the side’s most prolific batter in the Ranji Trophy with 216 runs in six innings, and amassed 215 runs in the Syed Mushtaq Ali Trophy. And consistency paid off as Tilak was roped in by the Mumbai Indians for ₹1.7 crore at the IPL mega auction in February.

“Mumbai Indians is a very big franchise and also my favorite. They have worked a lot with me in all categories – hitting power, my bowling and are also boosting my confidence by allowing me to play freely,” Tilak said. “There are a few legends in the team – Sachin (Tendulkar) sir, Rohit (Sharma) bhai, Polly (Kieron Pollard), (Jasprit) Bumrah – so that boosts me while playing. I thank Mumbai Indians for backing me. Winning and losing are part of the game, but we will give our 100 per cent in every game and try to come back stronger in the next game…”

Chasing a mammoth total, Mumbai Indians lost two early wickets, but Tilak forged an 81-run stand with Ishan Kishan for the third wicket. “He is a very good hitter of the ball, and when he bats, the player on the other end also gets confident. He plays so easily…” Tilak said. Having followed Ishan closely since the U-19 days, Tilak revealed that the plan was to hang in there till the end.

“The plan was that if one of the batters stayed till the end, we could chase it down. But today wasn’t our day. Unfortunately Ishan bhai got out. It is a learning for us that we need to finish the game and hopefully, we will learn from this in the coming games…”

Cowboys’ Dak Prescott on Texas school shooting: ‘It makes me fearful to have children’

NBA legend Charles Barkley reacts to Texas school shooting: ‘I never want to get numb to it’