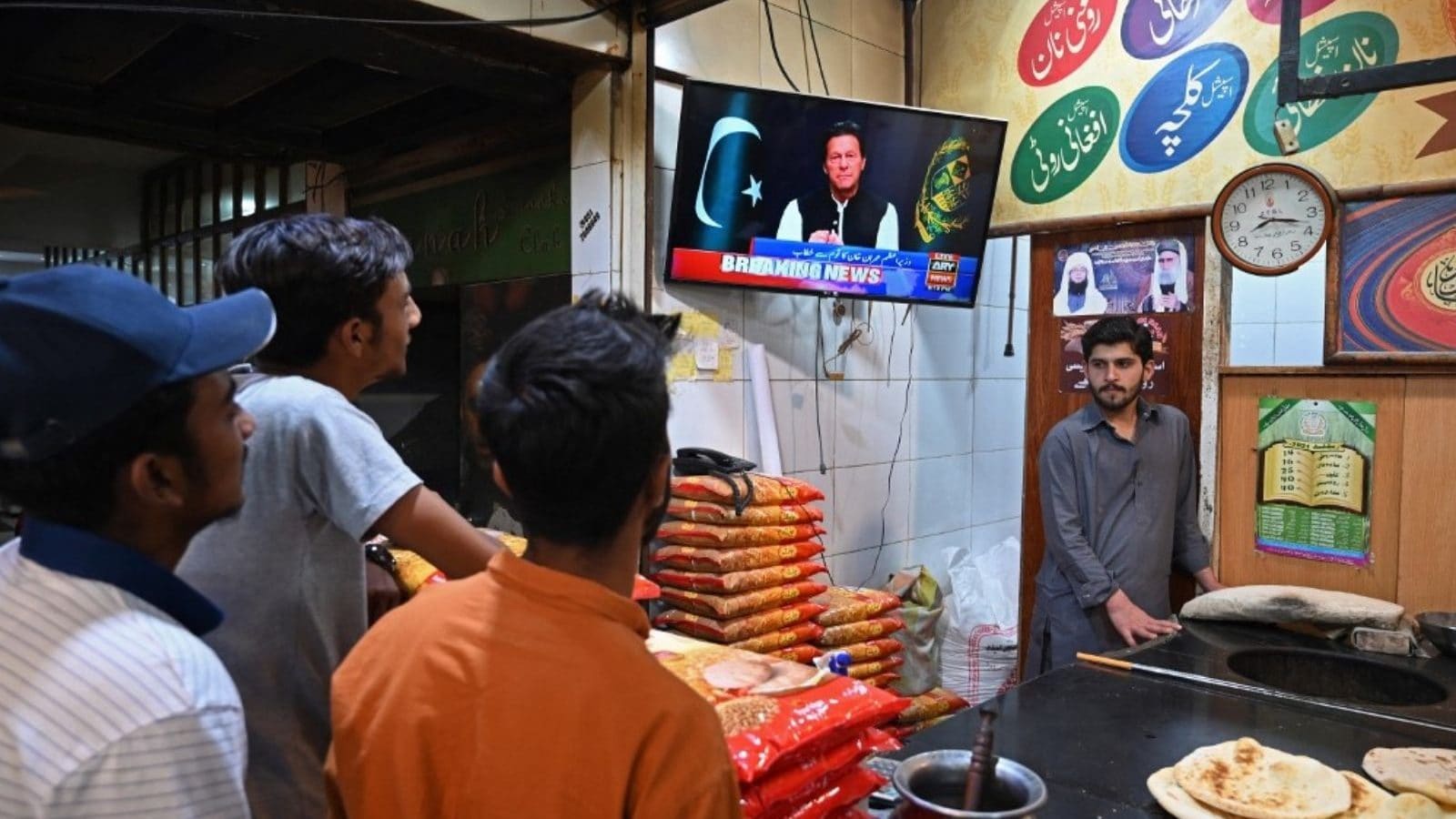 decided to part ways with the ruling PTI. According to a statement issued by the law ministry, the commission will analyze the no-confidence motion from different angles and probe factors such as the change in the government through an international conspiracy, the report stated.

Pakistan army chief Qamar Javed Bajwa addressing a gathering in Islamabad a day ahead of a no-trust motion against Imran Khan spoke about ‘security concerns’ for the country, and mentioned the recent missile launch by India. On March 11, India said a missile was accidentally fired due to a technical malfunction in the course of routine maintenance on March 9, and that it has ordered a high-level court of inquiry into the incident. The statement came a day after Pakistan’s military announced that a missile without a warhead had violated the country’s airspace. While it was expected that Bajwa would touch upon the current political crisis in the country, he stuck to talking about security. He also questioned ‘Indian ability to handle sophisticated weapons’.

The resignation of the chief minister of Pakistan’s Punjab province Usman Buzdar was accepted on Friday, ahead of the crucial vote on the no-confidence motion against Pakistan Prime Minister Imran Khan on Sunday. Buzdar, a close aide of Khan, submitted his resignation to the Prime Minister on March 28 after a delegation of senior lawmakers had submitted a no-trust motion against him in the provincial assembly.

Following Buzdar’s resignation, Khan’s Pakistan Tehreek-e-Insaf (PTI) had announced that Chaudhry Pervaiz Elahi from the Pakistan Muslim League-Quaid (PML-Q) will be its candidate as Punjab chief minister. Elahi is the Speaker of the provincial assembly.

Meanwhile, Shabaz Sharif, the Leader of the Opposition in the National Assembly and President of the Pakistan Muslim League-Nawaz, condemned Prime Minister Imran Khan, saying his “defeat was imminent” on Sunday, when the lower house is scheduled to vote on the no-confidence motion against the premier.

During a press conference, the Opposition Leader stated that the only way to cure a “arrogant and stubborn” man’s illness is to depose his government through the legal process of a no-confidence motion, the Dawn News reported.

In response to the prime minister’s “of a coup, Shahbaz”I do not speak on assumptions,” he said in response to a threat to depose his government by a “foreign power.” I base my claims on solid evidence.”

Khan said on Friday that he has credible information that his life is in danger but asserted that he is not afraid and will continue his fight for an independent and democratic Pakistan. In an interview with ARY News ahead of Sunday’s no-confidence motion in the National Assembly against him, Khan also revealed that the establishment (the Pakistani military) gave him three options – no-confidence vote, early elections or resignation as the Prime Minister.

“I said early election is the best option I could never think of resigning and for no-trust motion, I believe that I will fight till the last minute, he said. The powerful Pakistan Army, which has ruled the-prone country for more than half of its 73 plus years of existence, has hitherto wielded considerable power in the matters of security and foreign policy.