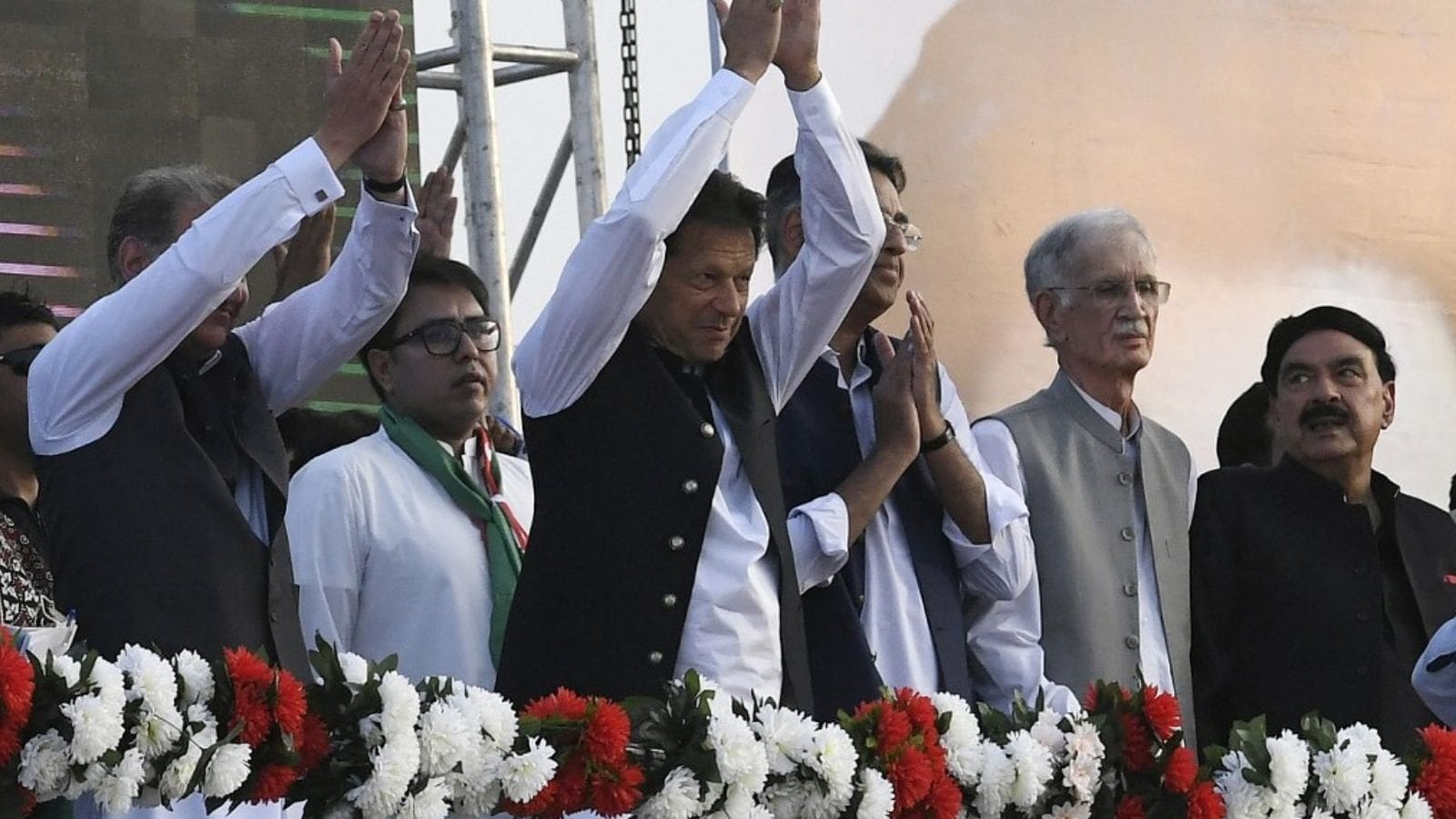 pm on Wednesday. However, PTI’s Senator Faisal Javed said that the address has been postponed, Samaa TV reported. He rejected the notion that someone had instructed Imran Khan to postpone the address.

Meanwhile, the military leadership is expected to call on Imran Khan any time soon. The PM will likely hold a meeting of the National Security Committee to discuss the letter allegedly containing a foreign threat and received by the PTI government, Samaa TV said.

At a public rally in Islamabad’s Parade Ground on Sunday, the Prime Minister claimed that his government had received a “written threat” from outside the country and it was an evidence of a foreign-funded conspiracy against the PTI rule. The letter was sent by Pakistan Ambassador to the US, Asad Majeed Khan after his meeting with the US Secretary of State.

Other reports also claim that the letter was not written by a foreign government but by an Ambassador and contained assessment of bilateral relations between Pakistan and a western country. Journalist Imran Riaz Khan said that the letter hasn’t been shown to journalists but the contents of the letter have been revealed.

“It is a conversation between two officials of Pakistan and the other country, as per my understanding it is the US. The government, however, hasn’t named the country, neither have they shared the number of officials or the meeting venue,” he said. “They didn’t show us the letter as they are bound not to share the details under the law,” he said.

Imran Riaz Khan said that journalists were told that the language used in the letter was “arrogant and threatening”.

It is a document that tells that Americans have threatened that if the no-confidence motion against Imran Khan fails, there would be consequences and if it wins, the US would forgive Pakistan’s mistakes, he said, Samaa TV reported.

There are a few issues in the letter like Pakistan’s stance on the Russia-Ukraine conflict as it was said that Imran Khan decided on his own to visit Moscow, he said adding that the Prime Minister was criticized for his trip to Russia.

About former PM Nawaz Sharif’s involvement in the episode, the journalists were told that opposition held meetings in the west and they created the impression that Imran Khan is anti-US. The letter was also discussed at an emergency meeting of the federal cabinet on Wednesday.

Meanwhile, China on Wednesday acceded to Pakistan’s request to rollover a whopping USD 4.2 billion debt repayment to provide a major relief for its all-weather ally, which is reeling under major economic crisis.

Chinese Foreign Minister Wang Yi in his meeting with Pakistan counterpart Shah Mehmood Qureshi on the sidelines of the 3rd meeting of the ‘Foreign Ministers of Neighboring Countries of Afghanistan’ in China’s eastern Anhui province has conveyed Beijing’s decision to rollover the debt. In a video message, Qureshi said Wang has conveyed China’s decision to rollover Pakistan USD 4.2 billion to enable Islamabad to tide over the current economic crisis.

“I am immensely happy to share that the Chinese FM has given a nod of approval on the rollover of commercial loan as well,” Qureshi was quoted as saying by Pakistan daily Dawn. The USD 4.2 billion debt, which was maturing this week, has been rolled over providing major financial relief to Pakistan, the daily reported.

“The procedural formalities are being completed by relevant authorities. An announcement will be made as soon as they’re sorted,” Qureshi said.