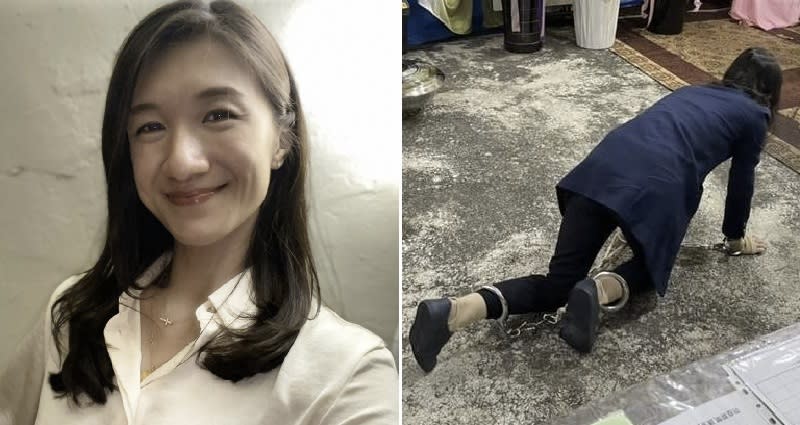 Images of a Taiwanese official attending her father’s funeral while bound in shackles have drawn public backlash in Taiwan.

Chiayi City Councilor Tai Ning (戴寧), who is suspected of embezzling over 5 million New Taiwan dollars (approximately $174,500) in pay meant for city employees, is accused of listing relatives as staff members and pocketing their wages since 2012.

Ning has been in pre-trial incommunicado detention since mid-March. She filed a request to be freed on bail after her father, former Chiayi City Councilor Tai Chien-shan (戴建三), died on March 20.

The official wanted to attend her father’s funeral as she had not seen her father again before he passed. When her request was denied by the Chiayi District Court, Ning then applied to attend the funeral pursuant to Article 23 of the Detention Act with the Chiayi Detention Center.

On Wednesday, she was permitted to attend the funeral but was kept in handcuffs and leg shackles during her brief visit to the memorial hall.

Photos of Ning kneeling in front of her father’s coffin while restrained soon emerged in media reports, sparking immediate public outrage. Taiwanese netizens have accused local authorities of being inhumane to the grieving official.

Democratic Progressive Party (DPP) Lawmaker Chen Ming-wen (陳明文) called out the Agency of Corrections for heavily restraining a detainee not yet convicted of any crime. The veteran legislator noted that the decision to do so goes against Taiwanese customs and reveals the red tape within the agency.

The Chiayi Detention Center has responded to the backlash by saying that requiring the councilor to wear handcuffs and leg shackles at the funeral was lawful. It noted, however, that a different approach may be considered in the future depending on individual cases.