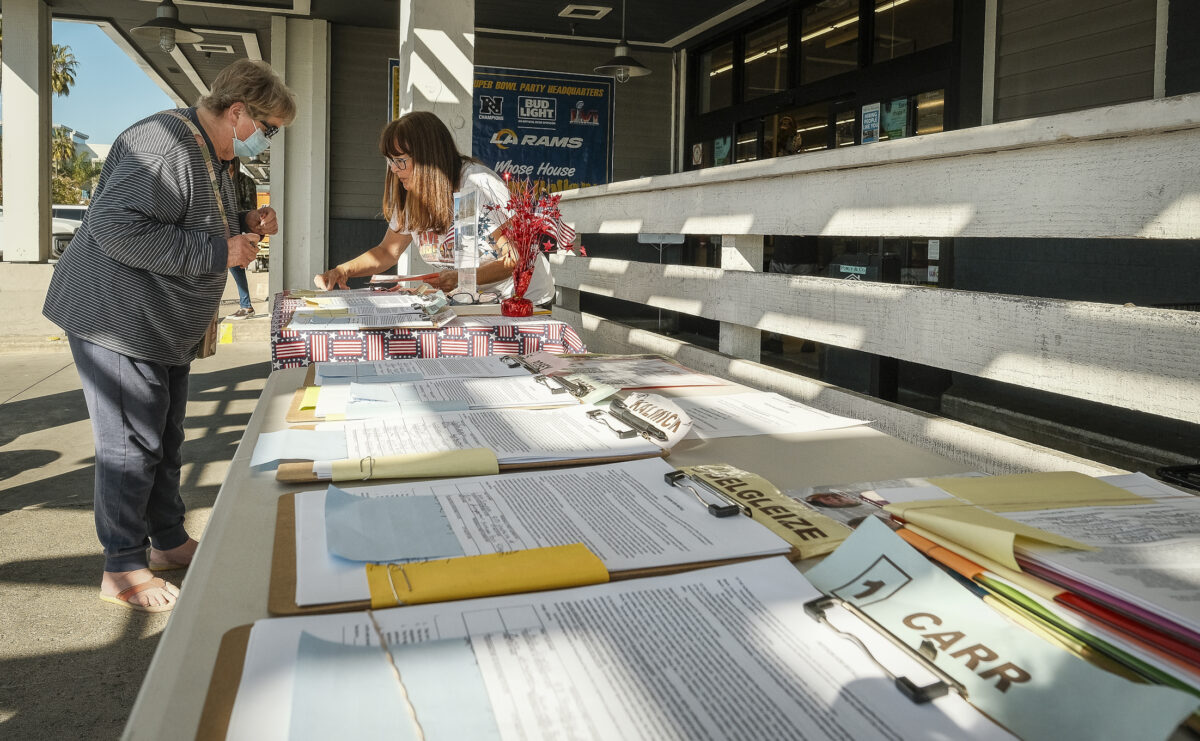 HUNTINGTON BEACH, Calif. — The campaign seeking to recall Huntington Beach’s Mayor Pro Tem and two other councilors will be challenging the verification outcome of the Orange County Registrar of Voters’ office that determined it failed to meet the number of signatures.

The group, called ‘Save Surf City,’ which is seeking to recall Mayor Pro Tem Mike Posey, Councilwoman Kim Carr, and Councilman Dan Kalmick, fell short in its effort by about 800 signatures for each candidate.

The registrar’s requirement was 13,000 verified signatures for each of the three councilors.

The recall group has until April 27 to examine the rejected signatures.

Initially, they will review a random sample of signatures the registrar rejected. If there are perceived errors, recall organizer Russ Neal said, they will likely ask to view them all.

There are good reasons to not immediately accept the Registrar’s findings, Russ said, including human error or other discrepancies.

“If someone moved from location A to B, still within Huntington Beach, and they did not update their registration, the registrar looks at that and sees that the address does not match the registration, and so they invalidate that signature right? So a question could be raised, is that the end of the story? ” Russ told The Epoch Times.

Additionally, further inspection of the rejected signatures, Russ said, would be smart as the group only missed by a slim margin for the three they are seeking to recall.

“It definitely is incumbent upon us to at least do the due diligence of checking these rejections,” he said.

Drew Van Voorhis is a California-based daily news reporter for The Epoch Times. He has been a journalist for four years, during which time he has broken several viral national news stories and has been interviewed for his work on both radio and internet shows.