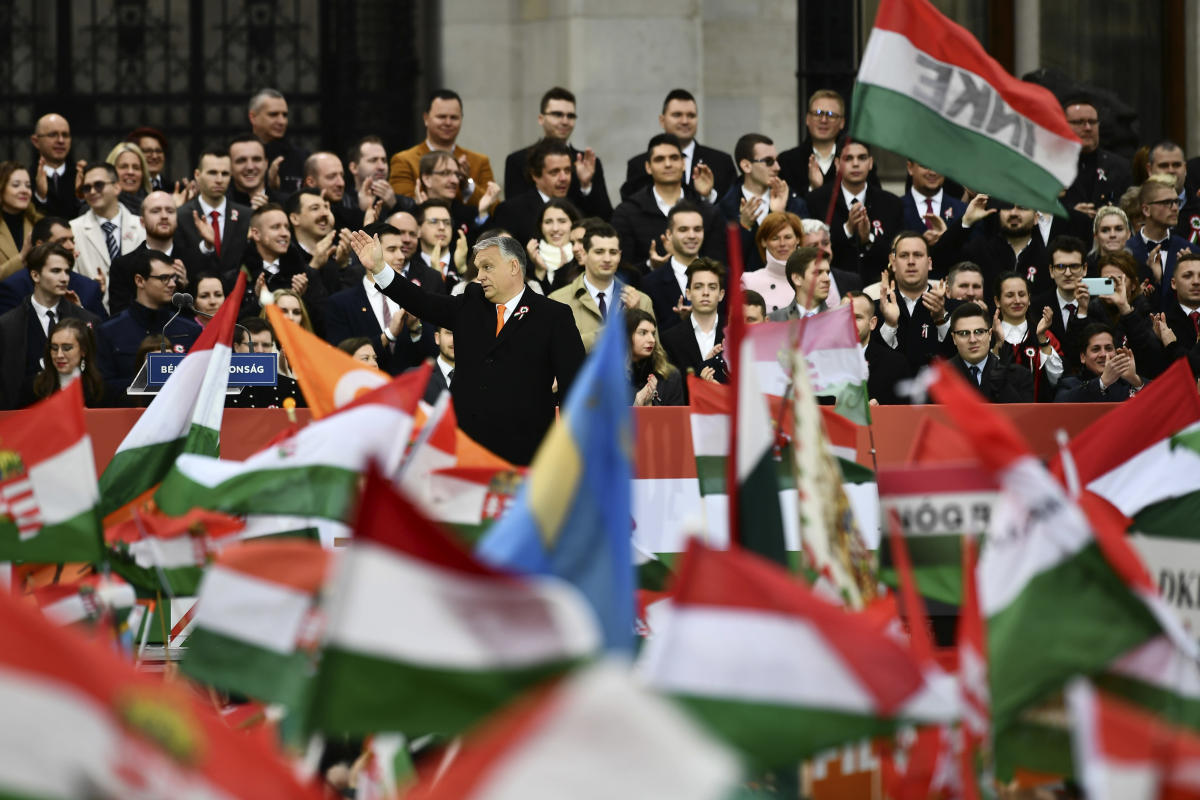 BUDAPEST, Hungary (AP) — Hungary’s foreign minister on Wednesday accused Ukraine’s leadership of attempting to interfere in the upcoming Hungarian election, a charge later denied by his Ukrainian counterpart in an episode that put further strain on relations between the two countries.

In a video on social media, Hungarian Foreign Minister Peter Szijjarto claimed that there was “ongoing coordination between the Hungarian left and representatives of the Ukrainian government,” and that Ukraine was attempting to influence Hungary’s April 3 election in favor of a coalition of opposition parties .

The statements came after Ukrainian President Volodymyr Zelenskyy made several recent comments that were harshly critical of the Hungarian government’s approach to the war.

Hungary, in contrast with most of its allies in the European Union and alone among Ukraine’s EU neighbors, has refused to supply Ukraine with weapons or allow for their transfer across its borders.

Its government has also actively opposed levying sanctions against Russian energy imports, arguing that doing so would deeply damage its economy.

This policy prompted Zelenskyy on Friday to make a direct appeal to nationalist Hungarian Prime Minister Viktor Orban, widely seen as the Kremlin’s closest ally in the European Union, to take a clearer stance on the war and support his besieged country.

“I want to stop here and be honest, once and for all. You have to decide for yourself who you are with,” Zelenskyy said, addressing Orban, in a video call with EU leaders.

In Hungary’s election on Sunday, Orban will seek a fourth consecutive term in a contest that polling suggests will be the closest since he took power in 2010.

Orban’s right-wing Fidesz party has campaigned as the guarantor of Hungary’s peace and security as the war rages in neighboring Ukraine, while falsely portraying the opposition parties as aiming to drag Hungary into the conflict on Ukraine’s behalf.

On Wednesday, Szijjarto claimed that Ukraine’s foreign minister, Dmytro Kuleba, had contacted the Ukrainian ambassador in Budapest to discuss how to influence Hungary’s election.

Szijjarto suggested, again without providing evidence, that the opposition parties seeking to defeat Orban had promised to supply Ukraine with weapons and to cut off imports of Russian gas and oil if elected.

But speaking to the Evropeiska Pravda newspaper on Wednesday, Kuleba denied the charges.

“In contrast to the behavior of Hungary in Ukraine, we have never interfered in Hungary’s internal affairs and especially not ahead of an election,” Kuleba said. “It is a pity to see how, for the sake of a short-term pre-election advantage, minister Szijjarto is prepared to think up nonsense and destroy our relationship with him which we had spent so long building.”