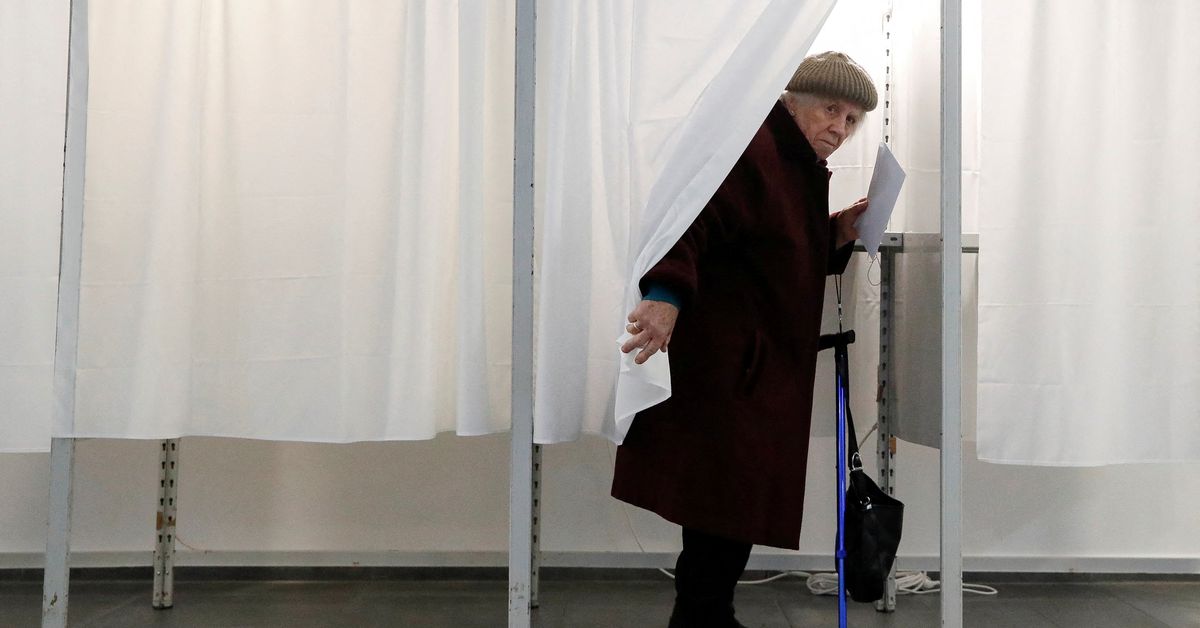 BUDAPEST, April 3 (Reuters) – The odds are slightly in favor of Prime Minister Viktor Orban, one of Europe’s longest-serving leaders, extending his 12-year rule in an election on Sunday, where his close ties with Moscow are subject to scrutiny as Hungarians head to the ballot box.

With the war in neighboring Ukraine dominating the campaign, the six-party opposition alliance is within striking distance of Orban’s Fidesz party in the polls, making the outcome of the ballot uncertain for the first time since Orban swept to power in 2010.

The war has forced Orban into uncomfortable manoeuvring at home after more than a decade of his government’s close political and business relations with Russia and President Vladimir Putin.

The leader of the opposition, 49-year-old conservative Peter Marki-Zay, has framed the election as a choice between East and West. Orban has turned Hungary towards Russia, he says, eroding democratic rights and directing the Central European country away from the European Union where it belongs.

Marki-Zay, who queued to cast his vote with his wife and children in his southern hometown Hodmezovasarhely where he is mayor, said he was hopeful the vote “will change the course of Hungarian history”.

“Now we are fighting for democracy, we are fighting for decency,” Marki-Zay told reporters. “Although in an uphill battle, with almost impossible circumstances, we can still win,” he said, referring to government control over state media and changes in election rules that critics say favor Fidesz.

Among these changes, Orban’s government gave ethnic Hungarians in neighboring countries the right to vote on party lists by post, unlike hundreds of thousands of Hungarians working abroad who can only vote in person at embassies or consulates, limiting their ability to participate.

Earlier in the day, casting his vote in snowy Budapest with his wife by his side, Orban told reporters he expected a “great victory” and portrayed the ballot as a choice between “peace or war”, accusing his opponents again of trying to drag Hungary into the Ukraine conflict, a charge they deny.

When asked repeatedly about his close ties with Putin, Orban, who had previously described relations with Russia as fair and balanced, said:

“Vladimir Putin is not running in the Hungarian elections therefore I do not have to deal with this question today, luckily.”

“I am standing on the basis of the Hungarian national interests, I am pro-Hungarian.”

A person votes at a polling station during the Hungarian parliamentary election, in Budapest, Hungary, April 3, 2022. REUTERS/Bernadett Szabo

Polls will close at 1700 GMT with preliminary indications of the outcome expected within a few hours.

Orban, 58, has portrayed himself as a defender of Hungarian interests by rejecting EU sanctions on Russian oil and gas.

He condemned the Russian invasion and has not vetoed any EU sanctions against Moscow even though he said he did not agree with them. His government has also allowed NATO troops to be deployed in Hungary, where public support for membership of the alliance stood at 80% in a 2021 GLOBSEC survey.

He supported an EU decision to send arms to Ukraine but has banned weapons shipments from Hungarian territory, saying such a move could pose a security risk. His tactical gambit has helped cement his support among core Fidesz voters. But it has led to criticism from some allies including Poland.

In a Budapest constituency, 76-year-old Rudolf Groo criticized Orban’s attempt to position himself between Russia and the European Union, of which Hungary is a member.

“Orban has been swinging from this side to the other so long that now he is unable to take a clear stand on the war.”

With the coronavirus pandemic ebbing, many Hungarians are now troubled by surging consumer prices, with inflation at an almost 15-year high of 8.3% in February even as Orban imposed caps on retail fuel prices, basic foodstuffs and mortgage rates, and carried out a pre-election spending spree to support households.

The opposition alliance, which includes the leftist Democratic Coalition, the liberal Momentum and far-right-turned-moderate Jobbik parties, has tapped popular discontent, criticizing what they said was systemic corruption that has enriched oligarchs close to Fidesz.

After years of clashes with Brussels over media freedoms, the rule of law and immigration, a part of Orban’s current campaign is based on defending conservative Christian family values ​​against what he calls “gender madness” in Western Europe.

On Sunday, Hungarians will also vote in a referendum on sexual orientation workshops in schools – a vote rights groups have condemned, saying it fuels prejudice against LGBTQ people. read more