Hundreds gather in Times Square to mark beginning of Ramadan 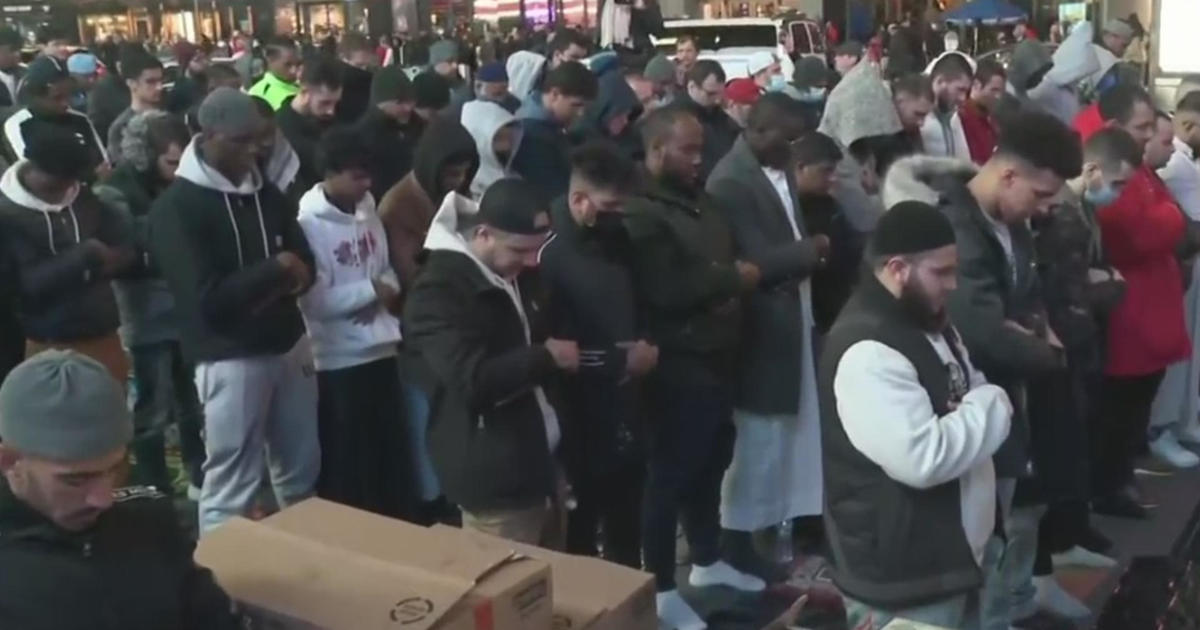 NEW YORK — Hundreds of people gathered in Times Square on Saturday to mark the beginning of Ramadan.

The fast goes from sunrise to sunset each day during Ramadan.

Fifteen hundred meals were passed around on 44th and Broadway on Saturday night to mark the end of the first day.

“For Muslims, it’s not just about fasting so that we understand how those who are food insecure feel. We are actually doing this so that we can become closer and more contentious of our creator, our lord, Allah,” said SQ, one of the organizers of the gathering.

He explains parts of the Quran are recited each day during Ramadan until its completion.

SQ told CBS2’s Leah Mishkin he wanted this special prayer recited in the heart of the city for a reason.

“We’re here to explain our religion to all those that don’t know what Islam is all about,” he said. “Islam is a religion of peace.”

Unity and preaching non-violence, a message shared by all the people who spoke to CBS2.

“There’s a lot of misconceptions about Islam,” one man said. “There’s crazy people throughout all cultures, all religions, and those small groups of people do not represent the majority … We’re encouraged to pray, fast, do good deeds, give charity.”

“The Quran is a divine revelation. It’s the final revelation that was given to the prophet Muhammad, who was a messenger in a series of messengers, just like Jesus, just like Moses,” SQ said. “We are all united and connected together. People need to stop trying to disunite the Christians and the Muslims and the Jews and everyone. That needs to stop.”

Ramadan is 30 days long. It ends on May 1 and is followed on May 2 by Eid, which is the celebration of the end of Ramadan.