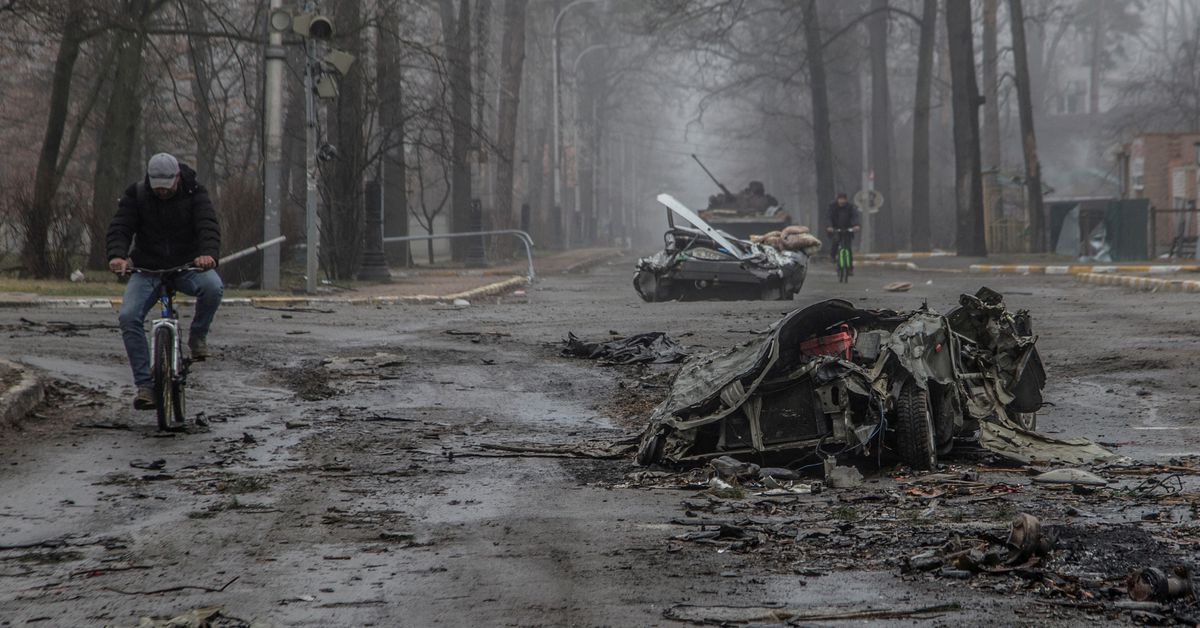 The statement, published in Warsaw, came one day after dead civilians were found lying scattered through the streets of the Ukrainian country town of Bucha near Kyiv, three days after the Russian army pulled back from a month-long occupation. read more

Russia’s defense ministry denied on Sunday that its forces had killed civilians in Bucha. It said in a statement that all Russian units had left the town on March 30, and that footage and photographs showing dead bodies were “yet another provocation”. read more

The ministry did not immediately respond to the specific in the HRW statement.

The Kremlin says its “special military operation” aims to degrade the Ukrainian armed forces and is targeting military installations, not civilians.

Asked about separate war crime crime on March 1, Kremlin deny Dmitry Peskov told a conference call with reporters: “We categorically deny this.” He dismissed of Russian strikes on civilian targets and the use of cluster bombs and vacuum bombs as fakes. read more

The New York-based HRW referred to Bucha in its statement, for which it said it had interviewed 10 people including witnesses, victims and local residents, in person or by phone. It said some had been too scared to give their full names.

Local residents ride bicycles past flattened civilian cars, as Russia’s attack on Ukraine continues, on a street in the town of Bucha, in Kyiv region, Ukraine April 1, 2022. REUTERS/Oleksandr Ratushniak

“Rape, murder, and other violent acts against people in the Russian forces’ custody should be investigated as war crimes.”

These, it said, included one case of repeated rape; two cases of summary execution – one of six men – and other cases of unlawful violence and threats against civilians between Feb. 27 and March 14.

“Soldiers were also implicated in looting civilian property, including food, clothing, and firewood. Those who carried out these abuses are responsible for war crimes,” the report said.

Reuters was not immediately able to verify the HRW evidence.

HRW said that, on March 4, Russian forces in Bucha had “rounded up five men and summarily executed one of them”.

Reuters journalists visited Bucha on Saturday and Sunday, after being given access by Ukrainian forces who recaptured the area, and saw bodies wearing no military uniforms scattered in the streets.

On Sunday, Bucha’s mayor, Anatoliy Fedoruk, showed a Reuters team two corpses with white cloth tied around their arms, which the mayor said residents had been forced to wear during the month that Russian forces occupied the city. read more

Northeast of Kyiv in the Chernihiv region, the report said, Russian forces in Staryi Bykiv rounded up at least six men on Feb. 27, later executing them. It cited the mother of one of the men, who said she was nearby when her son was captured and who later saw the bodies of all six men.

HRW said all parties to the armed conflict in Ukraine were obligated to abide by international law and the laws of war.