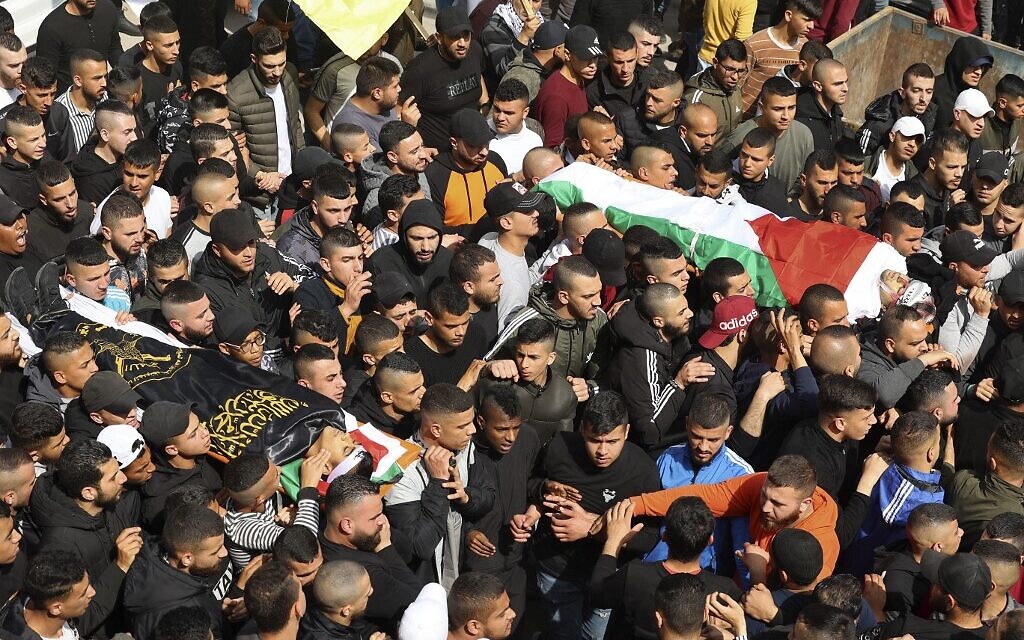 The Hamas terror group threatened on Thursday to escalate violence against Israel, after Israeli forces launched a large-scale anti-terror operation in the West Bank in response to a string of attacks in the last two weeks that have left 11 Israelis dead.

Three Palestinian gunmen were killed in a firefight with Israeli troops Thursday when commandos entered the Palestinian city of Jenin in a rare daytime raid and dozens more were arrested, the army said in a statement. Palestinian Authority health officials reported two deaths and 14 wounded in the clashes.

“The continuous crimes of the occupation portend a total explosion, which will be still more powerful and more painful and miserable [than those that preceded] and which our people will join in every part of our occupied land,” the Gaza-based terror group said in a statement.

Hamas, which rules the Gaza Strip, threatened to meet “escalation with escalation” and warned of a “comprehensive explosion.”

The warning came as Israeli officials have sought to head off tensions ahead of the Muslim holy month of Ramadan, amid fears that the violence could snowball into the same type of unrest that rocked Israel in May 2021, when Hamas began shooting rockets into Israel, sparking an 11-day war with Gaza and days of rioting between Arabs and Jews inside Israel.

The terror group said Thursday it welcomed “the blessed month of Ramadan, the month of struggle and martyrdom and victories” by “embracing the hands of our revolutionary heroes.” 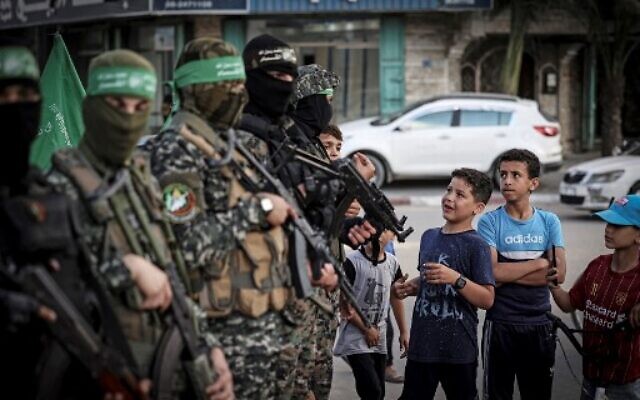 At the same time, Islamic Jihad leader Ziyad al-Nakhaleh called for the group’s armed wing to be put on “high alert.”

The widescale Israeli operation in the West Bank, expected to continue in the coming days, was launched following a meeting of top ministers, who decided to bolster police and military forces and push offensive anti-terror operations.

The arrest operation — dubbed “Breakwater” — targeted individuals suspected of planning future attacks, as well as some thought to be tied to Tuesday’s deadly attack in Bnei Brak, perpetrated by a Palestinian from a village near Jenin.

Palestinian media identified two of the Palestinian casualties in the raid as Sanad Abu Atiyeh, 17, and Yazid al-Sa’adi, 23. 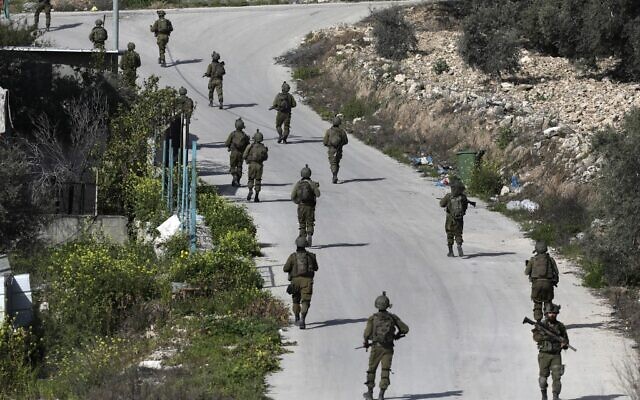 Israeli soldiers patrol on March 30, 2022, in a village south of Jenin in the West Bank. (AFP)

Some 31 suspects were arrested overnight, including a Palestinian from Hebron suspected of affiliation with Islamic State, the military said.

Since a terror attack in Beersheba on March 22 carried out by an Arab Israeli man from the southern town of Hura — previously jailed for attempting to join Islamic State – Israeli security forces have arrested 43 suspects who allegedly sympathize with the jihadist group.

Days after the deadly attack, two cousins ​​from Umm al-Fahm — one of whom had been previously jailed for attempting to join Islamic State — killed two police officers at a bus stop in Hadera.

On Tuesday, five Israelis were killed in a killing spree carried out by a Palestinian terrorist in Bnei Brak. There was no indication that he was a member of Islamic State. 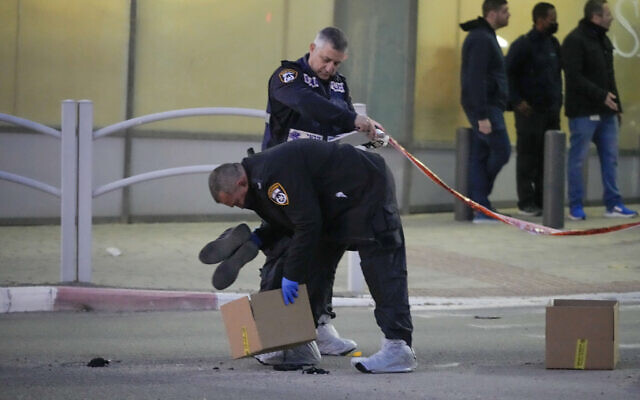 Policemen work at the scene of an attack in Beersheba, Southern Israel, on Tuesday, March 22, 2022. (AP/Tsafrir Abayov)

And on Thursday morning, an Israeli man was seriously wounded in a stabbing attack near the West Bank settlement of Neve Daniel, medics said.

Responding to the “wave of murderous terrorism,” Prime Minister Naftali Bennett said Wednesday “There is no limit on resources” that should go toward tackling terrorism.

He noted that the military’s presence in the West Bank and along the Green Line has been heavily reinforced in recent days.