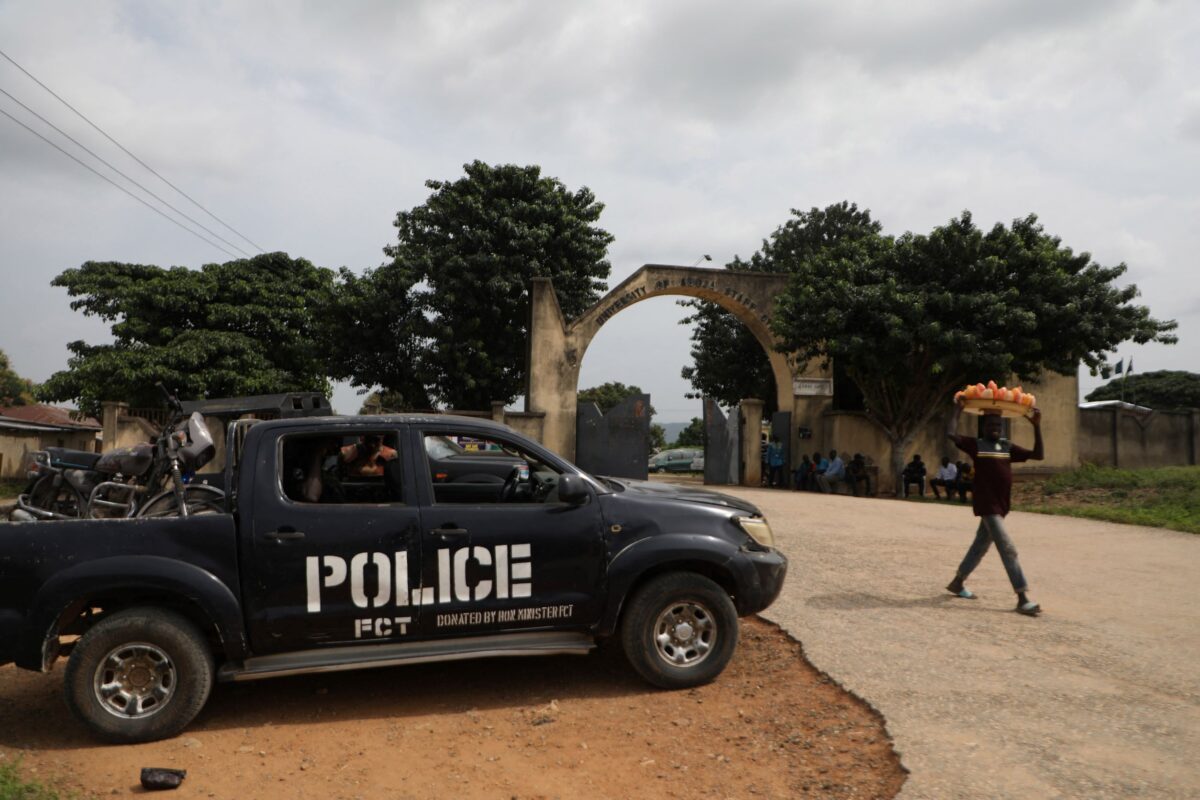 ABUJA, Nigeria — Gunmen attacked a train near Nigeria’s capital on Monday night with explosives and gunfire, killing an unspecified number of nearly 1,000 passengers on board, authorities and survivors told The Associated Press on Tuesday.

The attackers used explosives to first blow up the rail track before opening fire on the train near Abuja in northwest Nigeria, according to Fidet Okhiria, chief executive of the state-owned Nigerian Railway Corporation. Many people are also feared to have been abducted during the “unprecedented” attack, he said.

Authorities could not immediately confirm the number of passengers on the train but local media reported that nearly 1,000 were on board. “There were casualties but we have not been able to confirm the number,” said Okhiria, calling the attack a major setback. It is the latest in a series of other train attacks.

Abdulwadud Ahmad, a survivor, said he knew of nine passengers killed including someone sitting close to him.

“They bombed the track and started exchanging fire with the security inside the train,” he told the AP. “They subdued the security, then came into the train… and kidnapped a lot of people. They killed some people intentionally while some (were killed) with stray bullets. ”

The train service is a popular route for many in Nigeria’s capital and in the neighboring Kaduna state as travelers continue to stay away from roads notorious for kidnappings.

The attack occurred in Katari in Kaduna state, 90 kilometers (55 miles) from Nigeria’s capital, triggering fears and concerns over the safety of Abuja.

No group has claimed responsibility for the attack but suspicion quickly fell on the armed groups who have carried out thousands of abductions and killings in the northwest and central states of the West African nation.

The train service on the route has been suspended with immediate effect, the railway executive said, as the Nigerian military and the police continue to “comb through the areas” in search of passengers many of whom are feared to have been abducted.

The state government in Kaduna — one of the states worst hit by the cycle of violence in Nigeria’s troubled northern region — said it has completed the evacuation of “trapped” passengers with help from the security forces.

“Passengers who sustained injuries and other fatalities have been moved to hospitals,” Samuel Aruwan, the state commissioner for security said in a statement.

He added that passengers were rescued from “different hard-to-reach areas in forests and rocky locations,” amid eyewitness accounts that some passengers escaped in the middle of the gunfire.

There have been at least three attacks reported on the Abuja-Kaduna train service in the last year, often carried out by the armed groups in Nigeria’s troubled north whose authorities have declared terrorist organizations.

Nigerian authorities are either under-assessing the declining security situation at hand or underrating the capability of the gunmen, said Oluwaseyi Adetayo, a security expert and former officer of the Nigerian secret police, the Department of State Services.

“We continue to do the same thing over and over again and expect different results,” he said. “We need to develop a bigger approach rather than a quick fix.”