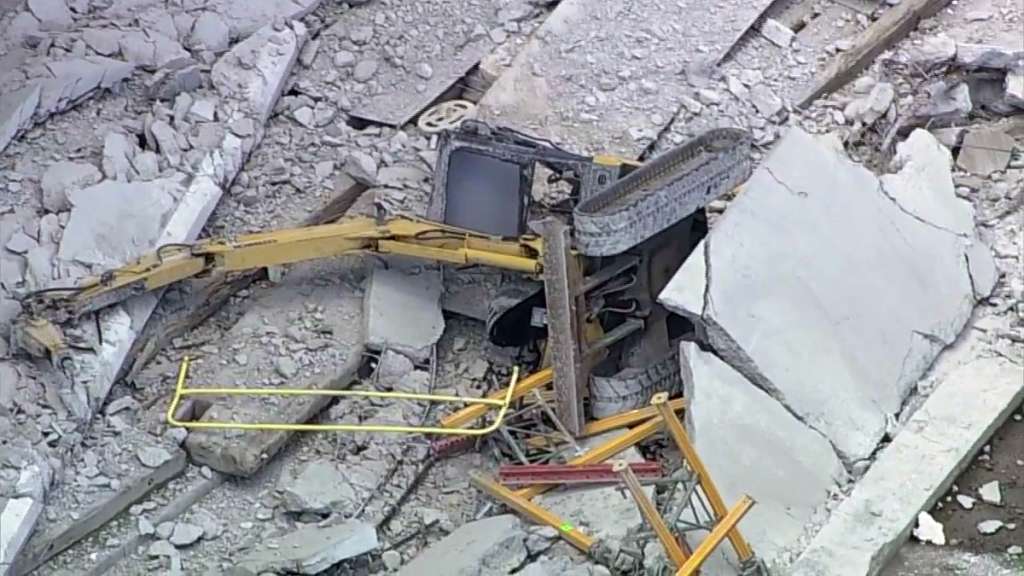 BOSTON (WHDH) – Subway service on a stretch of the Green Line in downtown Boston resumed Saturday, two weeks after the deadly Government Center parking garage collapse, according to the Massachusetts Bay Transportation Authority.

Trains between Government Center and North Station are running again, but they operating at a reduced speed, the MBTA said.

In a tweet, transit officials wrote, “After collecting extensive data and conducting many rigorous safety tests, T engineers have concluded the inspection of our Green Line tunnel following the Government Center Garage accident. We and all partner agencies have confirmed that it is safe to resume Green Line service.”

The garage was in the process of being demolished when a portion of it collapsed on March 26, claiming the life of 51-year-old Peter Monsini.

Monsini’s excavator and about 100 tons of debris fell nine stories from the garage and landed near the Haymarket MBTA stop, above the subway tunnels.

Engineers had installed earthquake detection equipment in the Green Line tunnels that run below the site of the collapse to ensure safety as crews worked to clear debris that crashed to the ground.

Orange and Green Line trains will continue to bypass Haymarket Station, which will remain closed until crews can “ensure all paths and points of egress are safe and accessible,” officials noted.

The Orange Line was brought back online a few days after the collapse when crews deemed those tunnels safe.

The garage collapse remains under investigation.

(Copyright (c) 2022 Sunbeam Television. All Rights Reserved. This material may not be published, broadcast, rewritten, or redistributed.)