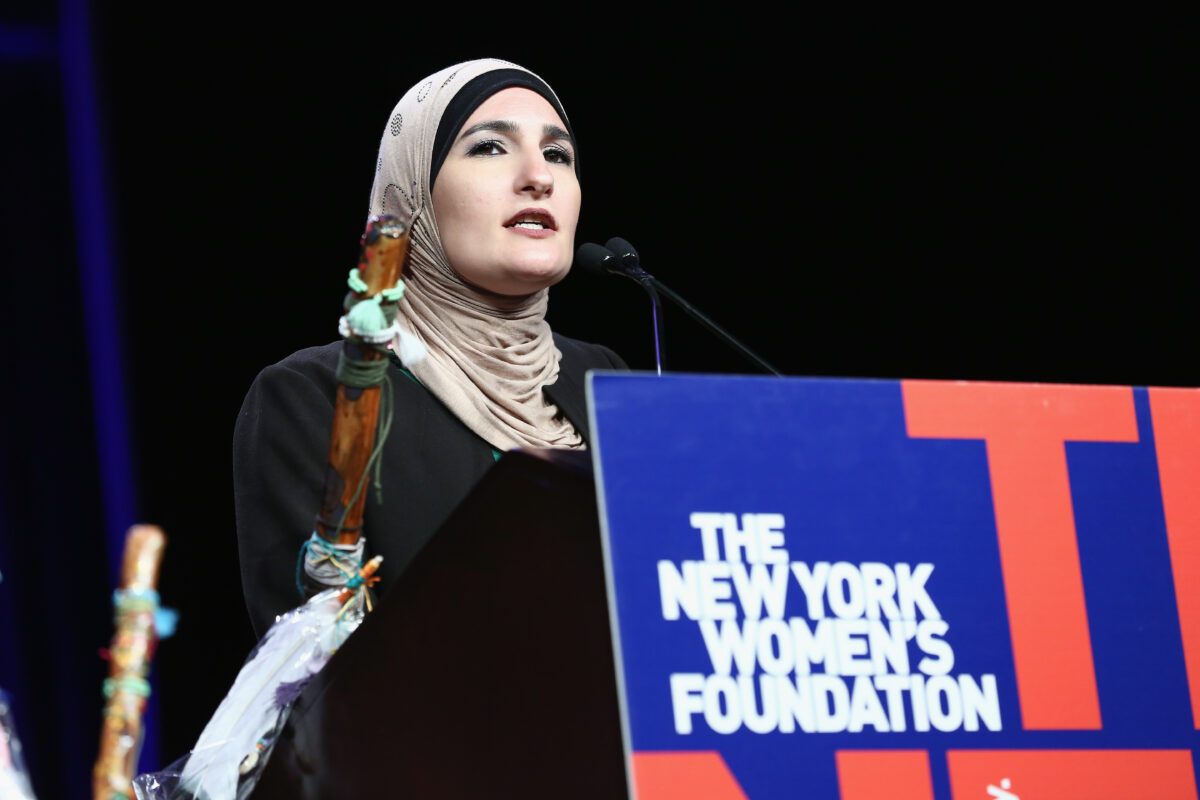 GEICO has canceled and apologized for a diversity event set to feature pro-Palestine, anti-Israel activist Linda Sarsour, saying that the auto insurance company “does not condone hatred.”

“We apologize to our employees, customers, and others for our initial plan to invite Linda Sarsour to speak at our internal event celebrating Middle Eastern and North African (MENA) Heritage Month. On Tuesday, we quickly canceled the event, ”GEICO, the nation’s second-largest auto insurer after State Farm, said in a statement.

“GEICO does not condone hatred of any kind, and we do not stand for or with anyone who does,” the statement reads. “We are not aligned with any form of exclusion. We will continue to celebrate MENA Heritage Month in a way that aligns with our values. ”

A Brooklyn, New York, native of Palestinian ancestry, Sarsour has been critical of Israel and accused of anti-Semitism. Her planned appearance at GEICO’s diversity campaign triggered a backlash from Jewish and pro-Israel groups almost immediately after promotional material for the event started to circulate on social media.

“Shocked a company like [GEICO] is reportedly partnering with Linda Sarsour, a person who peddles in antisemitic tropes while slandering and delegitimizing Israel, ”Anti-Defamation League CEO Jonathan Greenblatt wrote on Twitter. “If true, GEICO must act fast and reverse course.”

Greenblatt pointed to a speech by Sarsour at the 2019 conference of American Muslims for Palestine in Chicago, during which she described the ideological foundation of Israel as something akin to white supremacy, and argued that one can not be progressive and pro-Israel at the same time.

“How can you be against white supremacy in America and the idea of ​​being in a state based on race and class, but then you support a state like Israel that is based on supremacy, that is built on the idea that Jews are supreme to everyone else? ” Sarsour said. She later clarified that her comments referred only to “nation-state law recently passed by the Israeli government, not the Jewish people.”

The Chicago speech came months after Sarsour stepped down from her role as co-chair of the Women’s March, a position she had held since 2017, largely due to her unwillingness to disassociate with Louis Farrakhan, who leads black supremacist group Nation of Islam.

During the 2020 US presidential election, Sarsour initially campaigned on behalf of Sen. Bernie Sanders (I-Vt.), Who is Jewish. She endorsed then-candidate Joe Biden after the former vice president announced then-California Sen. Kamala Harris as his running mate.

The Biden campaign, however, distanced itself from Sarsour after she appeared at an online event for Democrat “Muslim Delegates and Allies,” reportedly citing her involvement with the anti-Israel BDS (Boycott, Divestment and Sanctions) movement.

“Joe Biden has been a strong supporter of Israel and a vehement opponent of anti-Semitism his entire life, and he obviously condemns her views and opposes BDS, as does the Democratic platform,” Andrew Bates, a spokesman for Biden, told CNN in August 2020. “She has no role in the Biden campaign whatsoever.”

“We oppose any effort to unfairly single out and delegitimize Israel, including at the United Nations or through the Boycott, Divestment, and Sanctions Movement,” Bates added.

In 2019, Sarsour stepped down from her role as co-chair of the Women’s March, a position she had held since 2017, due to problematic remarks such as “Jewish people bore a special collective responsibility as exploiters of black and brown people.”

Bill Pan is a reporter for The Epoch Times.